Battle Of The Unbeatens: Gervonta Davis, Rolando Romero Putting Their Perfect Records On The Line

Their Dec. 5 bout for the WBA 135-pound championship at Staples Center in Los Angeles should be a knockout. 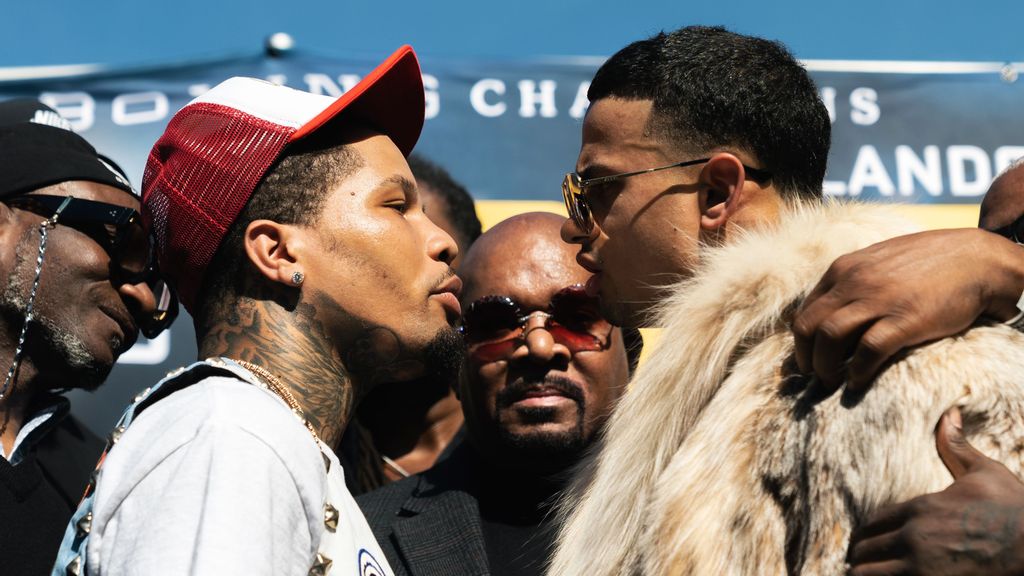 Three-division champion Gervonta Davis and undefeated lightweight prospect Rolando Romero aim to knock each other senseless when they clash for Davis’ WBA 135-pound title on Dec. 5 at Staples Center in Los Angeles.

The hammer-fisted combatants share a genuine animosity, with Davis (25-0, 24 KOs) calling his adversary “a scared chump,” and Romero (14-0, 12 KOs) vowing “to knock Gervonta the f*** out” in a Premier Boxing Champions event on Showtime Pay Per View (8 p.m. ET).

“Gervonta Davis and Rolando Romero are both very dangerous and determined fighters with the power in both hands to get you out of there,” said Leonard Ellerbe, CEO of Mayweather Promotions.

“When you have fights like these, a lot of times it comes down to whose power can get there first. There is a very high probability that this fight won’t go the distance, so you’ll have to tune in on Dec. 5 to see what happens.”

Yet despite their acrimony, the 26-year-olds share similar backgrounds.

Davis: “Boxing has saved my life”

Davis is from a crime-filled section of West Baltimore, Maryland. He spent time in foster care and group homes before a friend, Quaadir Gurley, guided him into the Upton Boxing Center’s gym as a 7-year-old.

Gurley introduced Davis to his dad, Calvin Ford, the man who became and remains the champion’s longtime coach.

Two years before Gurley was shot and killed in 2013, Davis grieved the loss of Ronald Gibbs, a rising amateur boxer who was 17 when he was stabbed to death. The following year, Angelo Ward, another promising amateur, was shot to death.

“Before Coach Ford, I had no father figure because my father was in and out of jail. Angelo Ward, Ronald Gibbs and Coach Calvin’s son — they’re guys who died and were such a major influence on my life,” said Davis, a southpaw nicknamed “Tank” by an amateur coach for his large head.

“Whenever I fight, I feel like their legacy is going into the ring with me. It’s a big responsibility, but I’ll take that. There’s a lot of bad stuff that comes from Baltimore, but if they see that one person can do it, then the next one can do it, and so on and so on. The only thing that I can do is to bring light to Baltimore. Boxing has saved my life.”

Romero: Death on the doorstep

Romero slept through gunshots in his downtown Las Vegas neighborhood as a child. One day, the savagery found its way to the doorstep of his family’s home.

“Growing up, there was a lot of violence,” Romero said. “When I was about 7 years old, the brother of my best friend at the time got shot and killed right in front of my house.”

A 9-year-old Romero channeled aggression into judo, in which he excelled along with his sister, Angelica, a seven-time U.S. national champion.

“I started at the same time as my sister, who is a year and a half younger than me,” said Romero, whose nickname, “Rolly,” came from his father, Rolando Sr. “I won a lot of tournaments, but I wound up in second place in all of the national tournaments I competed in.”

“I didn’t start boxing until after watching the Olympics of 2012,” said Romero, whose father assists head trainer Bullet Cromwell. “Up until that moment, I never really cared about boxing. It had been a chore for me because I had never sparred. But then I started thinking, ‘I can do this.’”

Davis: ‘Floyd has passed [knowledge] on to me’

At 18, Davis displayed two-fisted power, dazzling speed, accuracy and athleticism during his professional debut in February 2013, an 89-second knockout of 125-pound rival Desi Williams, which was the  first of eight consecutive stoppage victories.

After Davis recorded knockouts in all five bouts in 2015, his 14-0 record (13 KOs) caught the attention of four-division champion Adrien Broner, who introduced him to his current promoter, five-division champion Floyd Mayweather Jr.

“There’s a lot of knowledge that Floyd has passed on to me,” said Davis. “He has shown me the right things in and outside of boxing. I’m trying to reach the next younger generation of fighters who look up to me.”

Romero: ‘Floyd gave me his number’

An 18-year-old Romero began his brief amateur career in 2013, his 25-10 record including a third-place finish at the Olympic trials of 2015.

“I did some rounds with a lot of top guys. I can punch very hard, so I stopped a lot of people. When one of those sessions was about to start, Floyd hopped up on the side of the ring. I beat the s–t out of that guy that day,” Romero said.

“So the next day, I went over there again, I did some more damage, and, once again, Floyd hops on the ring. I was feeling so good because he said he wanted to sign me. He gave me his number, I called a week later, and the next day [in November 2016] I was signed.”

Romero was 21 when he made his professional debut — a 61-second stoppage of David Courtney in December 2016 —  which was the first of four straight knockouts to begin his career.

Davis already was a 130-pound champion in 2018 when he failed to appear for a scheduled sparring session, according to Romero.

“We were supposed to spar in 2018,” said Romero. “But he didn’t show up to the gym. He did that twice because he knew he was getting beat.”

“I was on a mission when I fought Jose Pedraza for the title,” Davis said. “I didn’t do any trash talking. I went in there and proved that I’m a top guy.”

Davis will be after 17th straight knockout victory against Romero, his past three stoppages coming in the 12th round over three-division champion Yuriorkis Gamboa (December 2019), the sixth against four-division title winner Leo Santa Cruz (October 2020), and the 11th to dethrone previously unbeaten WBA 140-pound champion Mario Barrios (June 2021).

Gamboa hit the deck three times as Davis won the WBA’s vacant 135-pound title, Santa Cruz was knocked out cold and stopped for the first time in his career and Barrios was floored three times as he slipped to 26-1 (17 KOs).

“I’d rather punish [Romero] for 12 rounds than knock him out quickly,” Davis said. “This guy [Romero] is just here to talk. I’m going to do the talking in the ring on Dec. 5.”

“I told Rolly that Gervonta Davis is standing in the way of changing your family and your legacy. We got a job to do,” Cromwell said. “I have a lot of respect for Tank and his team. He’s a great fighter, but Rolly is going to be the new WBA champion on Dec. 5.”

Romero has knocked out eight of his last nine opponents and is coming off July’s three-knockdown, seventh-round stoppage of Swedish southpaw Anthony Yigit, who slipped to 24-2-1 (8 KOs).

“I’ve been calling ‘Tank’ out since 2017. He has such a big head, it’s going to be hard to miss it. He gets touched up by every opponent he faces. Leo Santa Cruz was beating him up, and Barrios was getting to him, too,” Romero said.

“Gervonta wants to run out of the ring whenever he gets hit. Everybody come watch me knock [Davis] out on Dec. 5. I’m here to knock him out in the ring. He’s arrogant and tries to act like he’s tough, but I’m going to knock Gervonta the f*** out.”