VIDEO: US ‘Did Not Fail’ In Afghanistan, Legendary French Writer Says

Film premiere of “The Will to See” challenges Americans to re-engage with the world’s dangerous, desperate places. 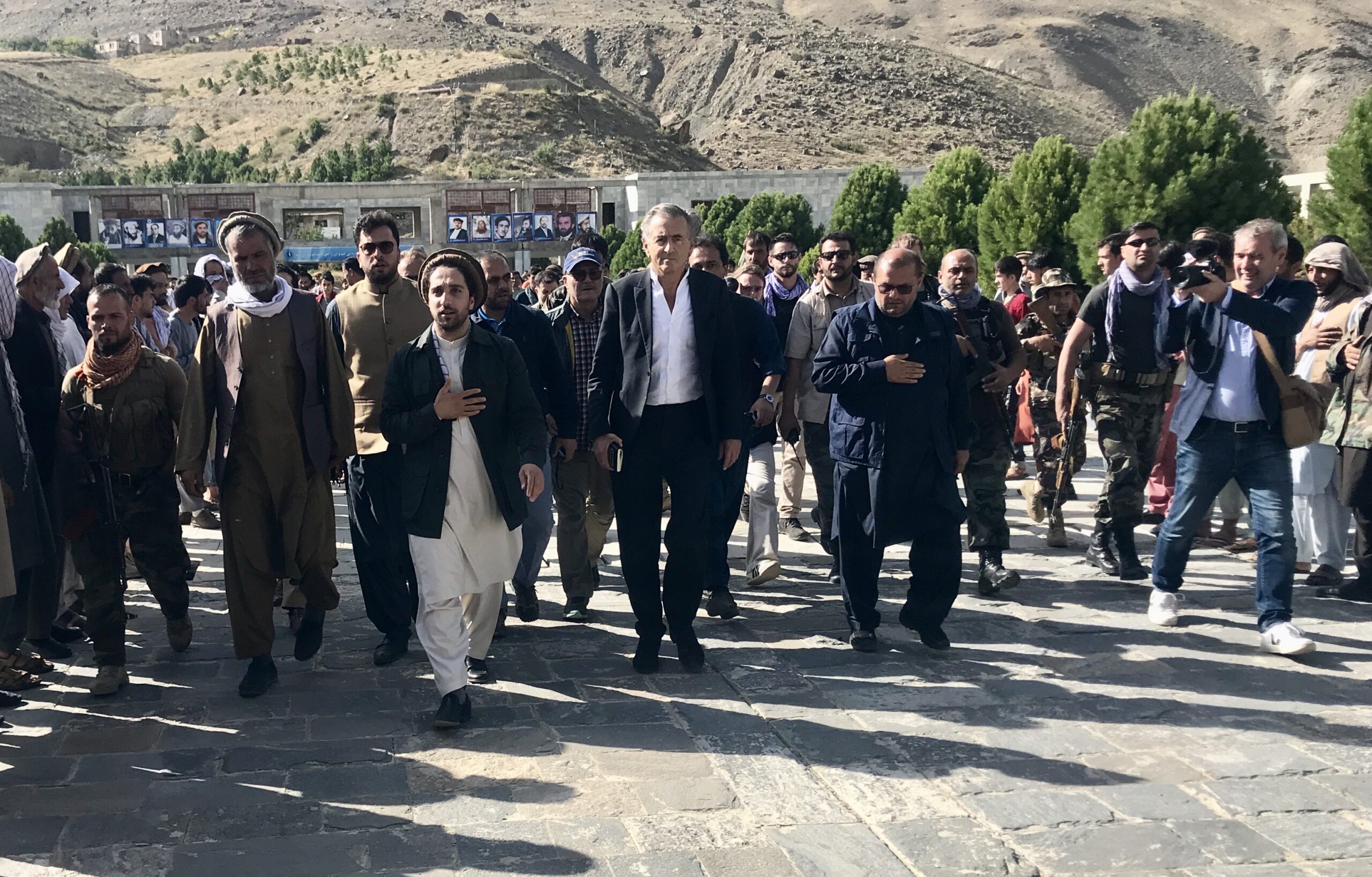 After Afghanistan, America must not retreat from the world, says the famed French journalist Bernard-Henri Lévy, a man so famous in France that everyone from taxi drivers to diplomats refers to him simply as “BHL.”

Like the similarly named shipping company, BHL delivers. He gives us intimate portraits of Afghan warlords, Nigerian gunmen and tough-minded Iraqi monks in his new film, “The Will to See.” Its U.S. premiere is Thursday at the French embassy in Washington, D.C., and Yale University Press published his book on Tuesday.

BHL saw gaunt, haunted faces of Libyans still mourning their relatives, lying in mass graves, Uyghur Muslims who have been displaced and dispossessed by Han Chinese communists, and the sad, resigned faces of hopeless Arab refugees on the Greek isle of Lesbos.

Nigeria could be the next Rwanda, he said, and a key test for the administration of Joseph R. Biden Jr. Rwanda, the site of a 1990s genocide, was faulted as a major failing during the Clinton years and a “problem from hell” by former U.N. Ambassador Samantha Power. Today, Biden has put her in charge of the U.S. Agency for International Development.

The U.S. and France only woke up to Rwanda “when the genocide was over,” BHL said in Paris during an interview with Zenger. “In Nigeria — I’m very careful, but we have the seeds, the start of a possible genocide. But this time we can stop it.”

It’s not Hutu vs. Tutsi, he said. It’s radicalized Muslims creating “daily bloodbaths of Christians in Nigeria, who are killed with the complicity of the army, just because they are Christians.”

The West can take a stand, said BHL, and make trade with Nigeria — the ten-figure sale of oil and fishes — conditional upon keeping Christians safe from 21st-century pogroms. But will they?

“Probably not, but we have to try,” he said. In his book, he makes a case for staring into the stark realities and making hard choices that may cost tens of billions in trade in exchange for saving tens of thousands of lives.

A similar choice awaits the U.S. in the mountains of the Hindu Kush, where the son of the legendary insurgent leader Ahmad Shah Massoud commands the remains of the anti-Taliban resistance.

“The word ‘surrender’ is not part of our vocabulary,” the younger Massoud once told BHL, he said.

Two days before the September 11 attacks, al-Qaeda members posing as a European news crew killed the elder Massoud with a bomb hidden in their camera gear. Months earlier, Massoud had prophetically warned the European Parliament in Strasbourg that al-Qaeda would be a direct danger to the West.

The Taliban’s takeover of Afghanistan doesn’t mean that the war has ended, BHL said, but only that the victims will now be America’s former allies in “this deep night which has fallen upon Afghanistan, behind this iron curtain.”

From its independence after World War I, to the Soviet-inspired civil war of the 1970s, Afghanistan was a largely peaceful monarchy that kept out of its neighbors’ wars and provided scholarships for women to attend college. Women didn’t cover their faces and mixed freely with men at bars and discos.

After decades of war and Taliban rule, American intervention restored Afghanistan’s tolerant civil society, for a time. “Ladies began to walk freely in the streets. Burqas began to disappear. A free press started up and was founded,” said BHL.

All traces of that liberal past are vanishing fast. Gone is “the right for women not to be death-stoned,” said BHL, for refusing to wear what he called “a jail of tissue” on their faces.

“We did not fail. You Americans &mldr; did not fail. We won this war,” said BHL. “There was a real democratic aspiration in Afghanistan, which we just encouraged, helped. We, just by our presence, we dissuaded the Taliban too, for years, ’til now. Until this dark day of August 15.”

What keeps America’s State department and the West’s thinking and writing classes from seeing the realities in Central Asia, West Africa and elsewhere, BHL said, is that they refuse to see the power of tribes and religions to cause conflicts. They only seem to understand economic conflicts — who gets what — and can’t grasp that humans will kill and die for non-material things.

“If they recognize that, they have to act,” said BHL. “And they don’t want to act.”

While diplomats, intellectuals and pundits are weary of overseas adventures, BHL believes millions of American Christians and Jews still see the need to use Western power to save foreign lives.

“America is not just another country. France is not just — I don’t know — Costa Rica,” he said. “We are, you Americans plus little France, great countries with great values, with creeds. There are not so many countries who are based on a creed, you know.”