Commercial crude oil inventories in the U.S. market are below the five-year average for this time of year.
By Daniel James Graeber October 28, 2021
Facebook
Twitter
Linkedin
Email 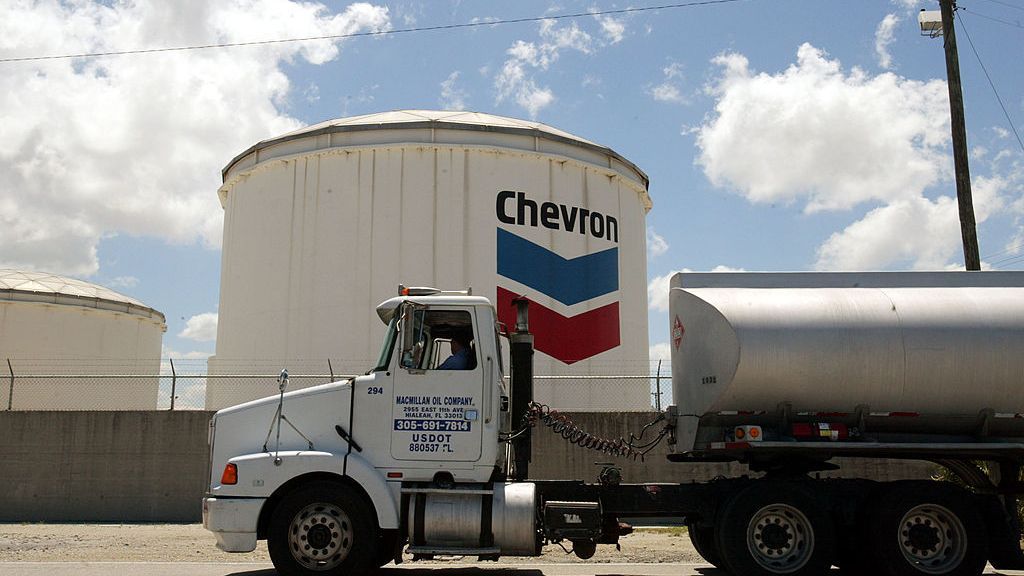 A tight market and high prices are among the problems continuing to vex industry, consumers and businesses. (Joe Raedle/Getty Images)

The U.S. Energy Information Administration, part of the Energy Department, publishes weekly data on commercial storage levels of crude oil and refined petroleum products such as gasoline and diesel. Inventory gains are usually indicative of a slump in demand, while the opposite holds for declines.

All products — commercial crude oil, motor gasoline and distillates, including diesel — showed gains in the latest report. But all of these are below what would be normal for this time of year, showing the market remains tight, which means gas prices will remain relatively high.

U.S. commercial crude oil inventories, not counting what’s stored in the Strategic Petroleum Reserve, increased 4.3 million barrels from the previous week. That took some of the steam out of the recent rally in commodity prices, which for the U.S benchmark for the price of oil is still at seven-year highs.

West Texas Intermediate, the U.S. benchmark, closed trading Wednesday at $82.66 per barrel, down some 2.4 percent on the day.

Complicating the matter is the fact that commercial crude oil inventories are about 6 percent below the five-year average for this time of year.

“Neither U.S. shale nor OPEC+ is seemingly willing to bring back supply,” he said.

The White House over the course of a month or so has been pressuring OPEC and its non-member state allies, a group called OPEC+, to open the spigot. Saudi Arabia, the de facto leader of the group, has rebuffed those calls and said the broader market picture is a reflection of a lack of investments in fossil fuels more than any sort of artificial effort to keep prices higher.

OPEC+, however, does seem comfortable with oil at around $80 per barrel. But Lakings suggested that it would be a bit of a surprise to see oil prices move too much higher this year.

Seconding that sentiment is Al Salazar, managing director at energy data firm Enverus, who said some of the weakness in products apart from oil may spill over to take some of the life out of the bull market.

“For those that are into technical analysis, $86 per barrel is proving to be a very, very tough nut to crack,” he said of West Texas Intermediate.

That said, the fact that crude oil and refined petroleum products are below the five-year average suggests the floor won’t give way to a repeat of a rare phenomenon in April 2020, when U.S. crude oil traded briefly in negative territory. Production is still short and demand is high enough to keep prices near current levels.

Domestic production for the week ending October 22 was just under the five-year average and the cumulative daily average to that date is actually about 5.6 percent below year-ago levels, which suggests producers are more disciplined now than when they were during the pre-vaccine stage of the pandemic.

Some of the federal energy data this week was largely expected due to seasonal factors which cause demand to drift lower, such as it getting colder and darker earlier, which keeps more drivers home. But the lack of an increase in production is “a disappointment,” said Ole Hanson, the head of commodity strategies at Saxo Bank.

Producers, bending to shareholder pressure, may be favoring renewables more than fossil fuels, complicating matters in the tight market.

Edited by Bryan Wilkes and Matthew B. Hall