Training exercises with Japan in the South China Sea are the latest superpower saber-rattling in the region. 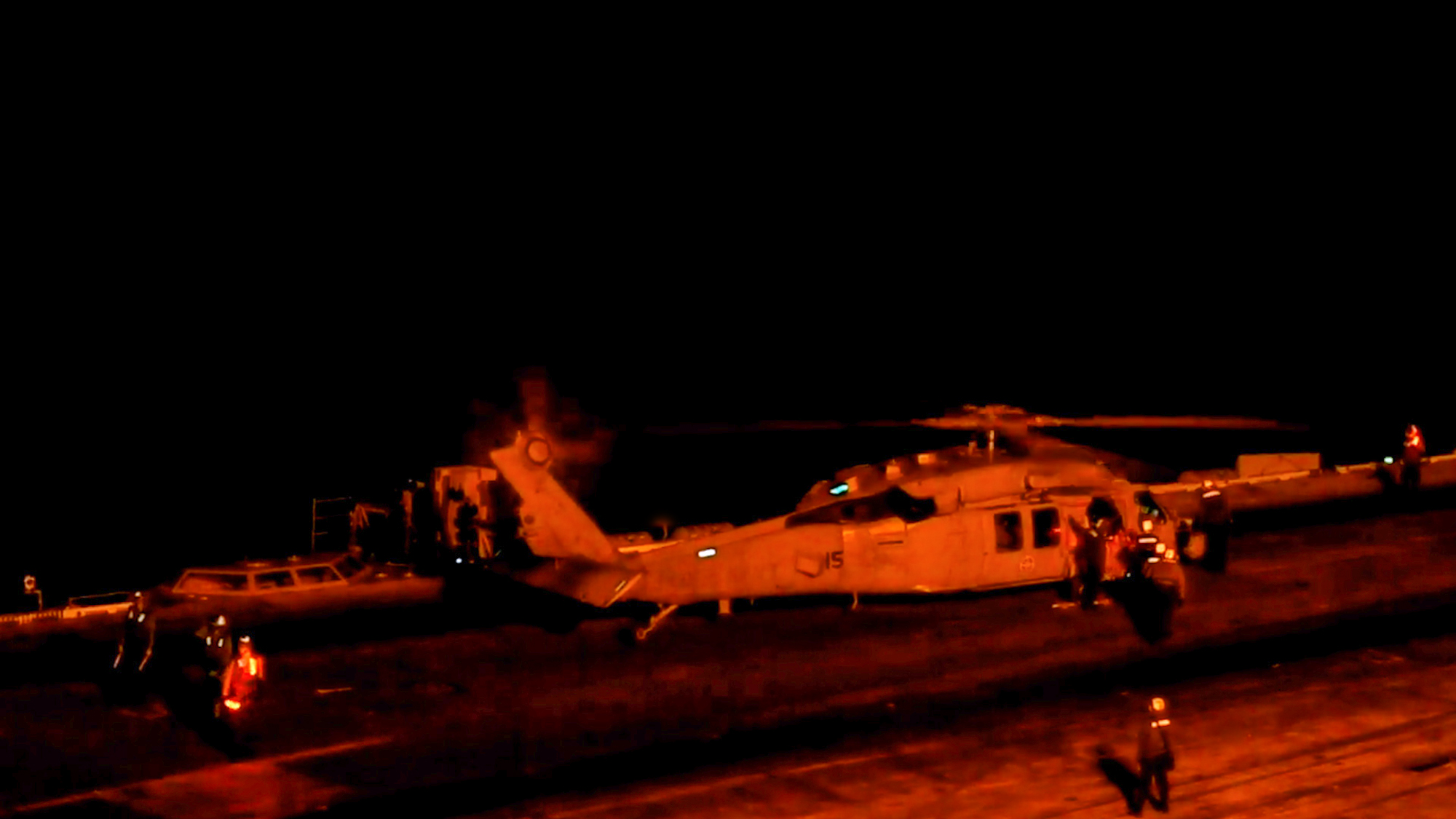 A U.S. Navy supercarrier carried out a joint nighttime training exercise with a Japanese helicopter carrier earlier this month in a contested South China Sea region.

Video of the naval flight drills were recorded on Oct. 7 but not released by the Navy until Oct. 27.

“Bilateral operations are one key component in our collective maritime readiness,” Rear Admiral Dan Martin said in a statement released by the Navy. “The Indo-Pacific is a dynamic region and by continuing to conduct routine operations with our allies and partners throughout international waters and airspace, we demonstrate our unwavering commitment to upholding international law, on the sea and in the air, and to ensuring that all nations can do the same without fear or contest.”

The footage was released just days after Russia and China sent warships on a joint mission into the Indo-Pacific for the first time. In addition, earlier this month, a separate Sino-Russian exercise ended with 10 naval vessels from the two counties sailing through a strait in the Sea of Japan.

The South China Sea has become a flashpoint in tensions between China and the U.S./NATO alliance, with both parties pointing fingers at the other for the increasing militarization of the region.

The U.S.–Japanese exercise was carried out “to enhance interoperability through alliances and partnerships while serving as a ready-response force in support of a free and open Indo-Pacific region,” the Navy said.

Japan and the U.S. have been conducting a variety of maritime security operations in the South China Sea where tensions with China have been on the rise. Those operations include “flight operations, coordinated tactical training between surface and air units, refueling-at-sea evolutions, and maritime strike exercise,” the Navy statement said.

The USS Carl Vinson is the U.S. Navy’s third Nimitz-class supercarrier. It was launched in 1980 but has since undergone two major overhauls, in 2005 and 2009.

As for armaments, the Vinson has RIM-116 Rolling Airframe Missiles, Mk 57 Mod3 Sea Sparrow weapons systems and can carry 90 fixed-wing aircraft and helicopters.