A leading-edge Dutch breeding program helps the species to survive. 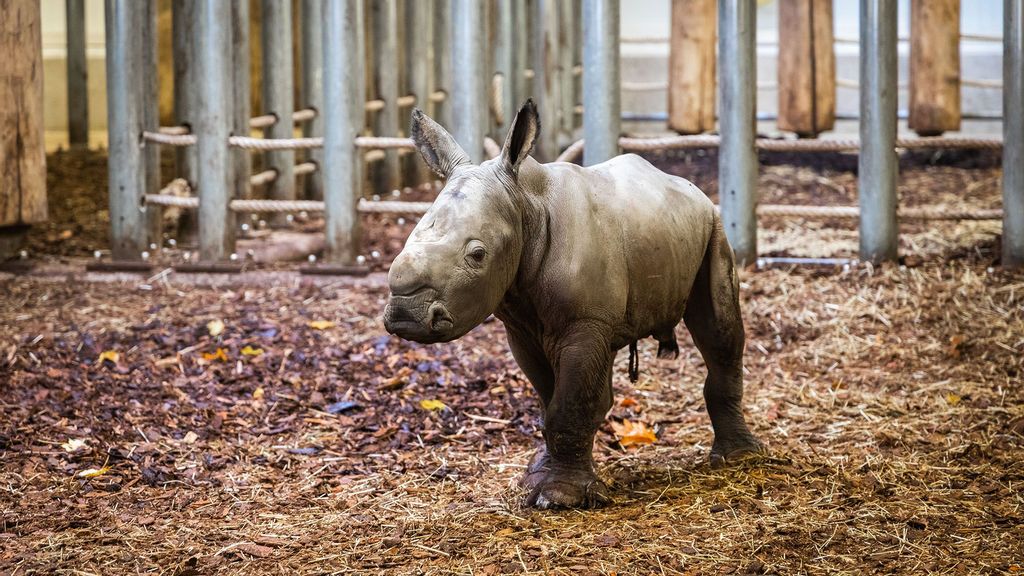 A white rhinoceros has become the 14th calf to be born at a Dutch zoo since 1977. The zoo uses DNA sequencing to maximize genetic variation within the population.

The healthy white rhinoceros, also known as the square-lipped rhinoceros, was born at Royal Burgers’ Zoo in the city of Arnhem, Netherlands, on Oct. 26.

The video shows mother and baby nuzzling, as the newborn takes its first steps.

The zoo said it is one of Europe’s most successful breeders of white rhinoceroses, the second-largest land mammal.

The newborn entered the world in a heated enclosure; its mother has given birth to eight calves in total.

The zoo said the southern white rhino is the most numerous of the five rhinoceros species around the world, but their numbers are dwindling, due to decades of poaching their valuable ivory horns.

The northern white rhino is believed to be extinct in the wild. The last known male of the subspecies died in Kenya in 2018.

White rhinos have complex social structures. Groups of up to 14 rhinos can form, notably including females with calves. Adult males defend territories of roughly one square mile, which they mark. They also compete for females, using their horns and large size to inflict wounds on their rivals.

“The best matches between animals are made using DNA research to maximize the genetic variation within the population. Under this program, animals are moved to and from zoos with square-lipped rhinoceros throughout Europe.”

The work is crucial. The Red List of Threatened Species compiled by the International Union for Conservation of Nature categorizes white rhinos as Near Threatened, which means they could become endangered in the near future.

The Royal Burgers’ Zoo also recently celebrated the arrival of lion triplets, seen in the photo being vaccinated against cat flu.

The cubs show their teeth as they are handled by zoo workers while their mother paced back and forth in her enclosure.

The all-female triplets received their second and final vaccination against cat flu, and were also weighed and dewormed during the session, according to the zoo.

The Royal Burgers’ Zoo is the birthplace of the famous Leo the Lion, the roaring lion seen in the introduction credits to films by MGM Studios.