Discovery may change the understanding of the connection between the Olmec and Maya civilizations. 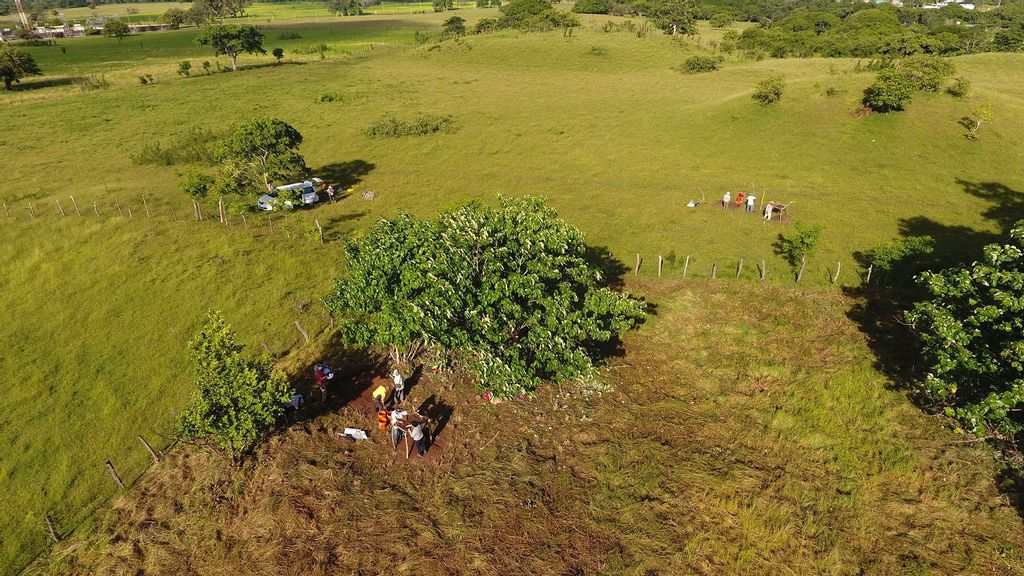 A 32,800-square-mile survey uncovered 478 ceremonial sites in southern Mexico, and the discovery is offering researchers new clues on the development of the Mayan civilization. (Inomata/Zenger)

The discovery of nearly 500 ancient ceremonial sites in southern Mexico could transform how experts trace the rise of the Mayan civilization.

There has long been debate over whether the Olmec civilization, which flourished from around 1500 B.C. to about 400 B.C., led to the development of the Mayan civilization, or the Maya developed independently.

A team of international researchers using lidar technology discovered 478 complexes in the Mexican states of Tabasco and Veracruz that could help add to the understanding of the connection between the Olmec people and the Maya.

The same team, led by the University of Arizona, last year reported uncovering the largest and oldest Mayan monument, Aguada Feni, in Tabasco near the border with Guatemala.

Their latest research, which covered a 32,800-square-mile area the size of Ireland, found much older sites that share many features with Aguada Feni. The findings are detailed in a new paper published in the journal Nature Human Behaviour.

“It was unthinkable to study an area this large until a few years ago,” Takeshi Inomata, the study’s lead author, said. “Publicly available lidar is transforming archeology.”

Lidar is an acronym for “light detection and ranging.” It can “cut” through the thick rainforest and scan an area for ancient remains and then zero in on more specific areas of interest that might be hidden under the vegetation.

“The complexes were likely constructed between 1100 B.C. and 400 B.C. and were built by diverse groups nearly a millennium before the heyday of the Maya civilization between A.D. 250 and 950,” the University of Arizona team said in a statement. “The newly uncovered sites are located in a broad area encompassing the Olmec region and the western Maya lowlands.”

The ceremonial sites are believed to have been used for rituals and to host gatherings of large groups of people. The sites also appear to have a precisely measured orientation lining them up with the sunrise on certain dates.

The complexes share similar features with the earliest center in the Olmec area, San Lorenzo, which peaked between 1400 and 1100 B.C. Sites in the Maya area, including Aguada Fenix, began adopting San Lorenzo’s style around 1100 B.C., suggesting that there was indeed a link between the development of the Maya civilization and the Olmecs.

Experts had previously assumed that San Lorenzo was a unique site, structured differently from what came later.

“But now we show that San Lorenzo is very similar to Aguada Fenix. It has a rectangular plaza flanked by edge platforms. Those features become very clear in lidar and are also found at Aguada Fenix, which was built a little bit later,” Inomata said.

“This tells us that San Lorenzo is very important for the beginning of some of these ideas that were later used by the Maya.”

Many of the newly discovered sites are aligned to a particular sunrise, pointing to their likely use as ritual spaces.

One explanation for the dates chosen is a link to the zenith passage day, which is when the sun passes directly overhead. Zenith day occurs on May 10 in the region and marks the start of the rainy season. It signaled to ancient civilizations when to start planting maize.

Some sites were aligned for sunrises 40, 60, 80 or 100 days before the zenith passage day. Researchers pointed to the significance of these intervals, as later Mesoamerican calendars are based on the number 20.

“This means that they were representing cosmological ideas through these ceremonial spaces,” Inomata said. “In this space, people gathered according to this ceremonial calendar.”