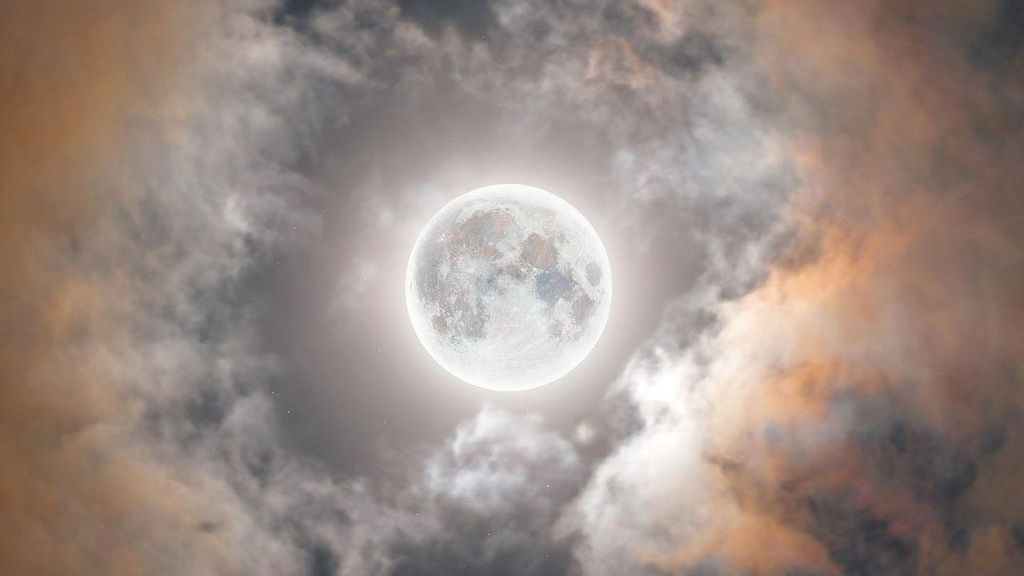 A hunter moon, called the blood moon or sanguine moon,  is photographed by Darya Kawa Mirza, who shot the photo in Erbil, Iraq. (@daryavaseum/Zenger)

The images of last week’s blood moon were captured by an Iraqi astrophotographer with a fast-growing online following.

Darya Kawa Mirza, from Erbil, capital of the Kurdistan Region of Iraq, shares his astrophotography on Instagram, where he boasts 131,000 followers. Astrophotography is the art of shooting astronomical or celestial objects.

Sky watchers were treated to a blood moon, also known as a Hunter’s Moon, on Oct. 21. The Hunter’s Moon is the full moon after the Harvest Moon and occurs in October or early November. Its name is literal: The full Hunter’s Moon illuminates the hunter’s prey.

Mirza shared several shots with the message: “What is Hunter’s Moon? Also called the blood moon or sanguine moon, it is the first full moon of fall in the Northern Hemisphere.

“As autumn settles in and crops are cleared from the field, hunters journey into the twilight to stock up on fattening deer — guided by the light of a full moon, known as the Hunter’s Moon.

“I love the night sky, the stars and the planets, and exploring the unknown,” Mirza said.

How does he achieve his perfectly timed snaps?

“Astrophotography is completely different from normal photography, and you have to be patient, calm, waiting for the best moment. Sometimes, even after working on a single image for a month, most pictures are far from perfect — and 95 percent will go in the garbage,” he said.

“Every month we have a different full moon, some years it is 12 and others 13. It depends mainly on the number of full moons in that year and the Hunter’s Moon is no exception.”

Mirza said he got exceptional shots of the Hunter’s Moon this year. During a full moon at this time, the moon is at its highest point above the horizon, “leading to less atmospheric turbulence. I don’t use filters for my images, only raw data editing in Photoshop or another type of software.

Mizra is currently at university, studying for a Master of Science degree.

For those in the Southern Hemisphere, the Harvest and Hunter’s Moons are based on the March equinox, their equivalent autumn equinox.