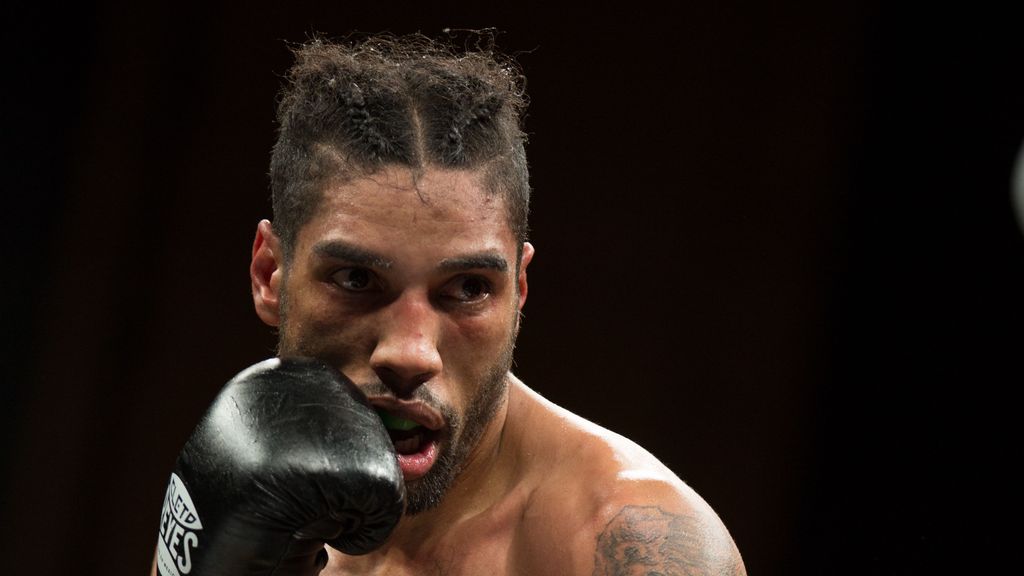 But James wants more — much more — than a victory in that bout, including a rematch against the only man who has ever defeated him as a pro: WBA (Super) welterweight champion Yordenis Ugas.

“Jamal James has battled his way to the highest levels of the welterweight division,” said Tom Brown, president of TGB Promotions. “Jamal will get one step closer to gathering elite status if he can overcome the unbeaten Radzhab Butaev.”

James has knocked out two opponents among his seven straight victories at 147 pounds, a run that includes a WBA (regular) title-winning unanimous decision over Thomas Dulorme in his last fight in August.

James’ lone loss came in August 2016 via a 10-round unanimous decision to Ugas of Cuba. James, aka “Shango,” took the fight on three days’ notice after Ugas’ original opponent, Bryant Perrella, pulled out with a thumb injury.

“I was a little too confident in myself, taking it on such short notice, but my timing and everything was off,” said James, 33. “I was trying to hit him with heavy shots instead of just boxing him. It was a hard lesson but a good one. The Ugas fight is one I’d like to have back, and winning this next fight could give me that opportunity.”

Ugas (27-4, 12 KOs) has been declared “super champion” by the WBA, which has mandated a defense of his crown against Lithuania’s Eimantas Stanionis (13-0, 9 KOs), with the winner to face the victor of James-Butaev in March 2022.

The WBA made its resolution last month as a means of reducing its number of champions to just one from its current total of as many as three per weight class — super, regular and interim titleholders.

Ugas won a unanimous decision in August over eight-division champion Manny Pacquiao to defend  the crown he earned by split decision over Abel Ramos in September 2020.

“When we did fight, it was on short notice, and it was still a competitive fight that went the distance. I would like to see what would happen if we both had full camps,” James said.

“I’d like a fight with any of the big-name guys, but I’m cool with the tournament because I want a rematch with Ugas, especially because he had that great win over Pacquiao.”

In addition to Ramos, loser of a 10-round majority decision in April 2018 to James, Ugas shares Dulorme with James as an opponent. During an August 2017 unanimous decision loss to Ugas, Dulorme rose from a pair of second-round knockdowns and scored one of his own in the seventh.

“I don’t take it like, ‘Well, I beat Ramos and Dulorme more easily than Ugas, who struggled with them, because styles make fights, and I have a different style and skill set than Ugas does against those particular opponents,’” James said.

“A rematch with Ugas would be awesome, especially after he beat Manny Pacquiao. But I’m holding a title, and I know Radzhab Butaev wants my title. I’m taking Butaev very seriously. God willing, I’ll be victorious, so we can make a matchup with Ugas or any of the other big names.”

Nicknamed “The Python,” Butaev won his last fight in December 2020 by third-round knockout over Terry Chatwood, who entered at 9-0-1 (5 KOs).

“We’ve been working hard for a year leading up to this fight. Everything is going really well in camp, and we’re excited to finally get in the ring against James,” Butaev said.

“I’ve seen how James fights, and it’s definitely going to be a clash of styles. I can just promise that I’m going to bring the war and make this an exciting fight. I’m going to start writing my history on Oct. 30.”

James and Butaev share a common opponent in Janer Gonzalez, who entered at 19-0-1 (15 KOs) before suffering back-to-back losses.

Butaev won an eight-round unanimous decision over Gonzalez in November 2017, while James stopped him in the sixth round of his next fight in February 2019.

“I know Butaev’s gonna be ready because I’ve got a title, and at this level, all of these guys are coming with their A game,” James said. “But he doesn’t have as much experience as I do. This is a dangerous sport, and I can fight, win and be resourceful in a number of ways.”

Since losing to Ugas, James’ run includes a 10-round unanimous decision over former world title challenger Ionut “JoJo” Dan ion (July) and a third-round KO over former interim welterweight world champion Diego Chaves (December) both in 2017. The victory over Ramos preceded a second-round knockout of Mahonri Montes in August 2018.

“I’ve used my height to win from distance, and I’ve used my inside game,” James said. “I’ve done it successfully where I don’t allow the camera and the lights to mess with my head. That won’t change when I’m in the ring on Saturday against Butaev.”

“Jaron Ennis definitely belongs in that conversation. He’s a monster with explosive, next-level talent,” said Cunningham, a 45-year-old retired two-time cruiserweight champion. “There are things Jaron does in the ring where you’re asking, ‘How is he doing that?’ Jaron is destined to be an undisputed, unified welterweight champion if you ask me.”

Named Ring Magazine’s 2020 “Prospect of the Year,” Ennis embraces the lineage of past and current pugilists from the City of Brotherly Love. In his last fight in April, Ennis scored a sixth-round knockout of former champion Sergey Lipinets, who entered at 16-1-1 (12 KOs) before being knocked out for the first time in his career.

Dulorme’s last two bouts were unanimous decision losses to James in August 2020 and the unbeaten Stanionis in April.

“Dulorme is a good fighter, and I don’t take anything away from him. He’s fought a lot of great guys, world champions. But Dulorme’s gotta go because I’m on a different level right now,” said Ennis, 24, who is trained by his father, Bozy.

“I have so many fans from Philly coming out to this fight. It’s going to feel like I’m fighting at home. I would love to keep fighting in Vegas, bring my Philly people out and make it like a second home. I’m coming to take over the welterweight division, and he’s in my way. I’m coming for all the belts.”