The national average price for a gallon of gas is 20 cents higher than a month ago, creating tensions in the commodities market.
By Daniel James Graeber October 26, 2021
Facebook
Twitter
Linkedin
Email 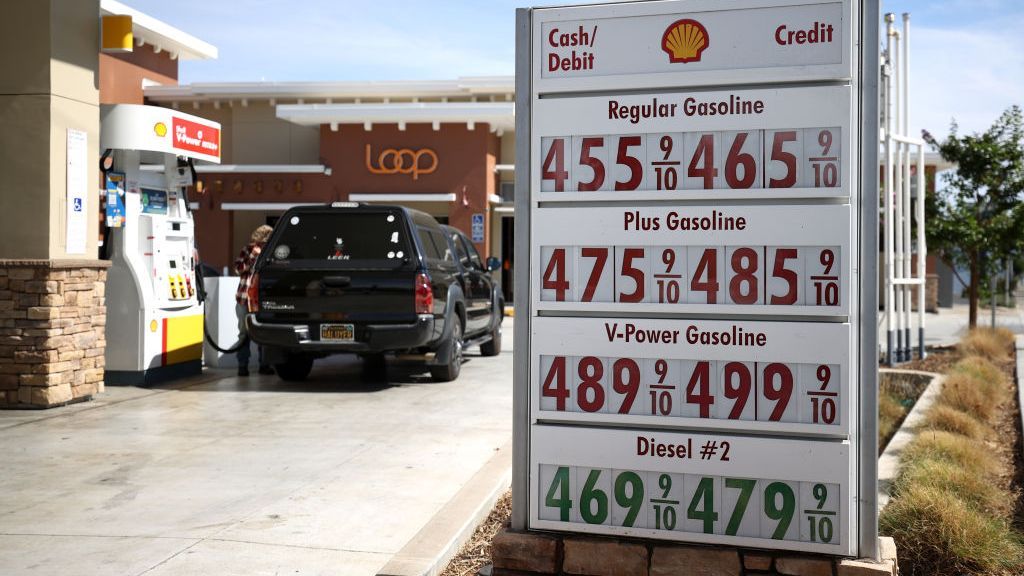 Like crude oil, the average retail price for gasoline is at a seven-year-high. (Justin Sullivan/Getty Images)

Retail gasoline prices should remain elevated for the short term as demand holds up even amid mounting inflationary pressures, analysts said.

Travel club AAA listed a national average retail price of $3.39 for a gallon of regular unleaded on Tuesday, about 20 cents per gallon higher than a month ago.

That means a perfect storm is brewing in the commodities market.

Higher natural gas prices push some segments of the economy toward coal or crude oil as an alternate resource. In an under-supplied oil market, there is competition for the petroleum that refineries would usually turn into gasoline.

White House spokesperson Jen Psaki said Tuesday that Washington would continue to put pressure on OPEC to open the spigot, given ongoing concerns about energy-related inflation.

Like crude oil, the average retail price for gasoline is at a seven-year-high. But even with soaring prices, demand seems to be holding. Federal estimates last week on the total amount of refined petroleum products sent to the market, a loose proxy for demand, showed levels are still on par with pre-pandemic numbers.

Winter weather usually curbs road travel and subsequently demand, pushing retail gas prices lower as a result. Commuters would also get a break because the so-called winter blend of gasoline is usually cheaper to produce, but that’s not the case this year. Most of the blending components needed to make gasoline are also expensive.

Cinquegrana added consumers may still feel flush from stimulus and savings from last year, so there’s discretionary cash to dampen the pain at the pump.

Patrick DeHaan, the senior petroleum analyst at GasBuddy, said there is no real impact on demand yet, but the unknown factor may be where oil prices are headed.

Crude oil prices account for the bulk of what consumers see at the pump. If forecasts for $100 per barrel oil, a good $15 per barrel higher than the U.S. benchmark, prove accurate, it would trickle down to consumers.

Some of those forecasts, DeHaan said, are hyperbolic. “I just don’t know that we’ll hit $100,” he said.

Recent forecasts of a colder winter in some parts of the country could add to the pressure ,given the contagion effect of the exponential spike in natural gas prices. Colder weather could lead to lower demand, but that could be offset by higher prices for heating fuels in general, which are already fetching a premium.

Phil Flynn, a senior energy analyst at The PRICE Futures Group in Chicago, told Zenger that refiners are behind where they should be in utilization and output. It just doesn’t look good for travelers at the moment.

“I don’t think the pain at the pump is done yet,” he said.