Joint operation is seen as another warning to U.S. and NATO allies. 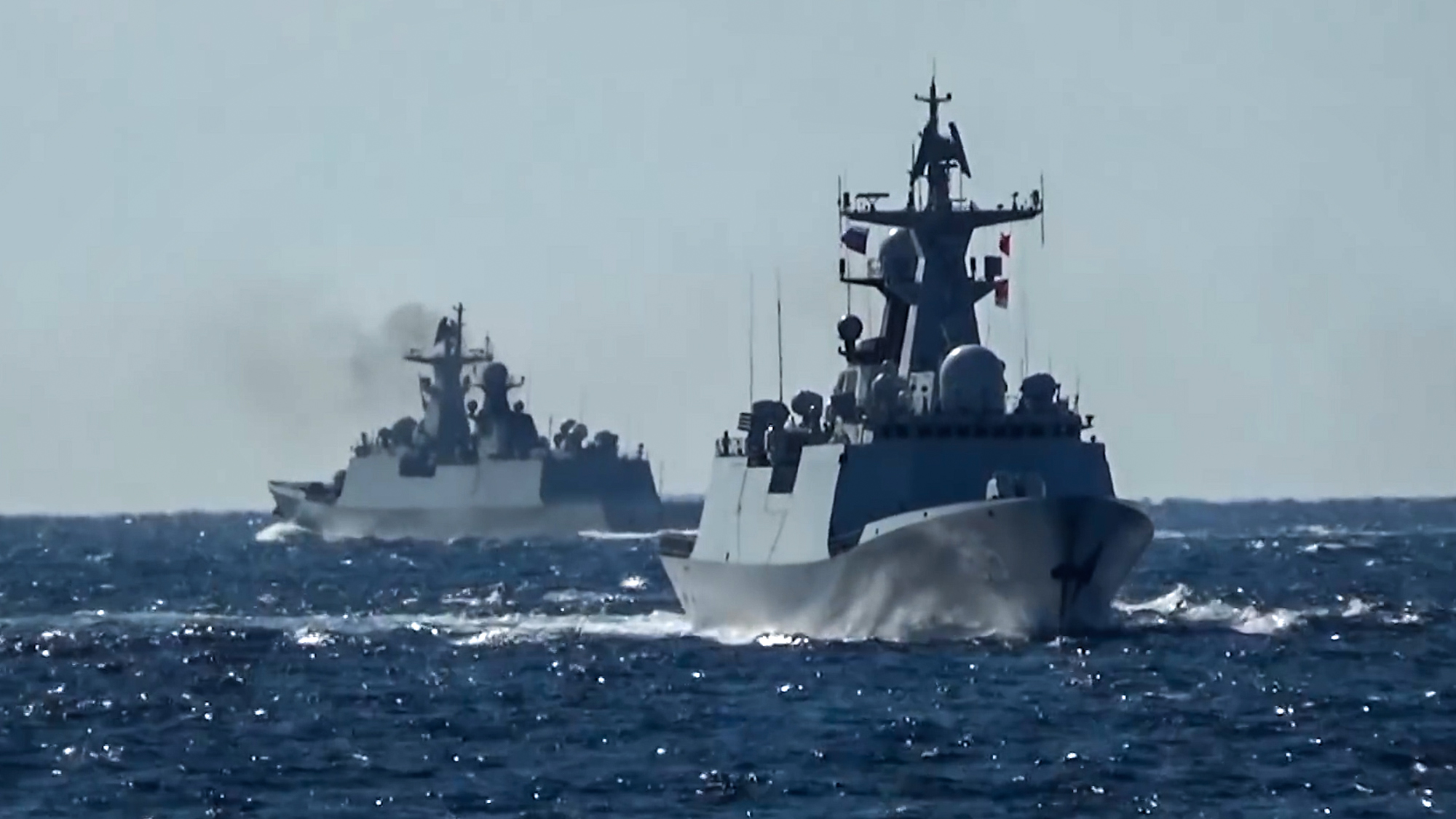 Russian and Chinese warships patrolled together in the Pacific Ocean from Oct. 17-23, the second such joint exercise this month. (Ministry of Defense of the Russian Federation/Zenger)

The Russian and Chinese navies sent warships on a joint mission into the Pacific Ocean for the first time as relations between Moscow, Bejing and the West continue to deteriorate.

The joint fleet was made up of both Russian and Chinese frigates, destroyers, anti-submarine ships and logistical vessels, reports Ministry of Defense of the Russian Federation. The exercises took place Oct. 17–23.

As of this posting, neither the U.S. Navy nor any other U.S. government entity had issued a reaction to news of the patrol.

That exercise came as Chinese President Xi Jinping clashed with the U.S. and its allies over the status of Taiwan while Russia lashed out at ongoing talks surrounding Ukraine’s potential entry into the NATO alliance.

The objective of the joint patrol was to “maintain peace and stability in the Asia-Pacific region, as well as protect the objects of maritime economic activity of the two countries,” the Russian defense ministry said.

Moscow and Bejing have been moving closer together as their countries have seen relations with the West turn increasingly sour. The ships covered an estimated total of 1,700 nautical miles during week-long exercises, the defense ministry said.

Moscow and Beijing have been strengthening their military relationship over the last decade based not on common goals but common fears, according to a 2020 report by Warsaw Institute, a Poland-based think-tank focused on geopolitics.

In a report titled “Russia-China: A Limited Liability Military Alliance,” the institute said the Kremlin is particularly interested in allying with the world’s emerging superpower as its ailing economy and position on the world stage is increasingly eclipsed by the U.S. and its allies.

The think-tank also said that China stands to benefit from the relationship by purchasing Russian weapons and training for its military while counter-balancing American and NATO influence in the region.

China and Russia have never been as close as they are today since they signed their “Treaty of Friendship” in 2001, the institute said.

The patrol follows a joint Sino-Russian exercise earlier this month that involved 10 naval vessels sailing through a strait in the Sea of Japan.

During those war games, the sailors involved performed more than 20 different combat exercises and practiced tactical maneuvering and communications, the Russian defense ministry said in a statement at the time.

Japanese officials kept a close eye on that joint exercise. Although the strait is considered to be international waters, meaning no laws were broken by China or Russia, the region is often a source of tensions between Beijing, Tokyo and Moscow.