Youngsters spent a year fending for themselves with the corpse of their 9-year-old sibling, say shocked police. 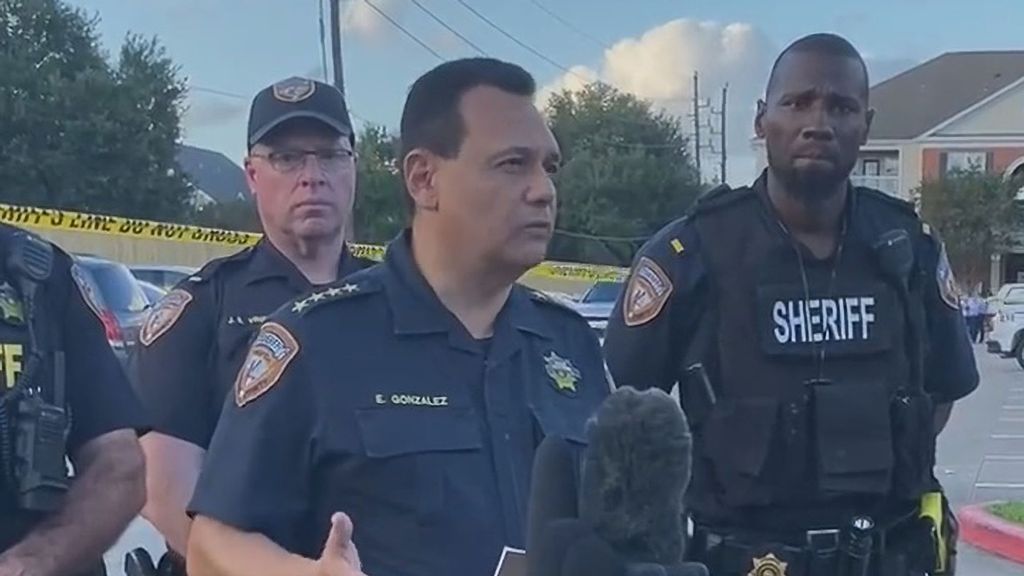 Harris County Sheriff Ed Gonzalez gives statement on Oct. 25 about three minors found living alone in an apartment with the remains of their 9-year-old sibling. An investigation is underway, and the children's mother and boyfriend have been located and are being interviewed by authorities. (Harris County Sheriff's Office/Zenger)

Three children who were abandoned in an apartment, along with the skeletal remains of their 9-year-old brother, were rescued Oct. 24 by sheriff’s deputies after a 15-year-old in the apartment called in a report.

The three children — the 15-year-old and his two younger siblings — may have been living alone in the apartment for approximately a year with no adult, according to the Harris County, Texas, Sheriff’s Office.

During a press conference on th evening of Oct. 24, Gonzalez said it was a “very horrific situation” and that it was “very tragic.”

“I have been in this business for a long time and I have never heard of a scenario like this. It caught me by surprise,” he said.

Gonzalez said the children had been abandoned.

“The 15-year-old stated his parents have not lived in the apartment with he and his two siblings for several months,” the sheriff’s office said in a homicide report.

The sheriff said in addition to rescuing the children, ages 15, 10 and 7 years old, deputies had recovered the “skeletal remains of what appears to be a juvenile.”  The names of the children were not released.

“Both of these [younger] children appeared malnourished and showed signs of physical injury. All three children were transported to the hospital to be assessed and treated for their injuries,” the sheriff’s office said in its homicide report.

The Harris County Sheriff’s Office Homicide Unit, Child Abuse Unit, and Crime Scene Unit responded to the scene, the sheriff’s office said, and “the mother of the children and her boyfriend have been located and are being interviewed by homicide investigators.

“The manner and cause of death will be determined by the Harris County Institute of Forensic Sciences. This is an active investigation.”

Gonzalez said his staff have been deeply affected by the gruesome discovery, and the office is working to identify the deceased child’s next of kin to help determine “how it got to this point.” They are also working to find a legal guardian for the surviving siblings.

The three rescued children were in the care of Child Protective Services as of this report.