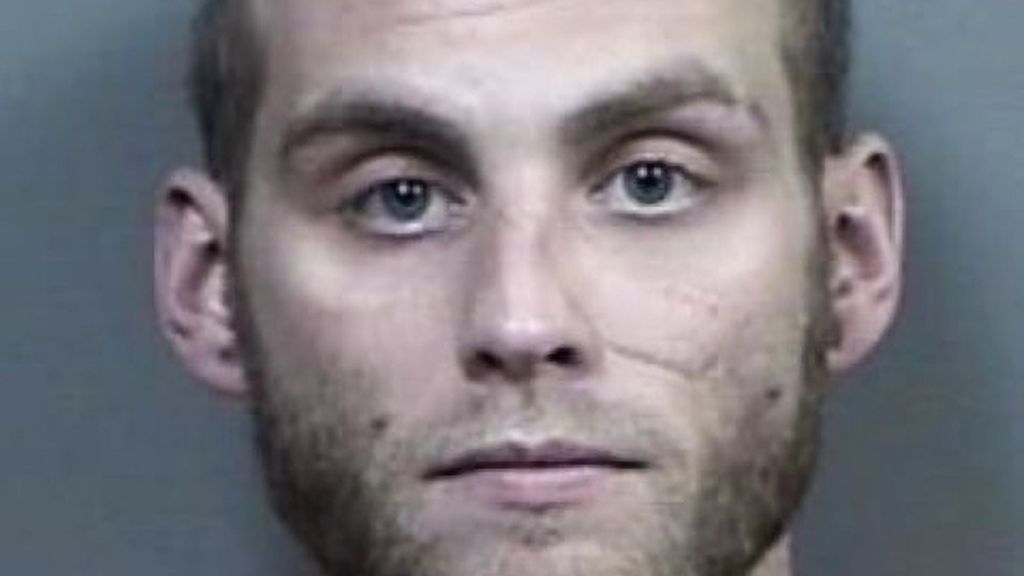 James Lee Harris was arrested for setting fire to a tree and a statue of Jesus Christ at Our Lady of Grace Catholic Church in Beverly Hills, Florida. (Citrus County Sheriff's Office/Zenger)

A man from Florida was arrested after he set fire to two homes and a statue of Jesus Christ.

James Lee Harris was arrested after setting fire to a statue of Jesus outside the Our Lady of Grace Catholic Church in Beverly Hills, Florida, on Oct. 22.

Officers were dispatched to the church after several reports were called in, according to the Citrus County Sheriff’s Office.

A witness at the scene told members of the police and fire department they saw a white male wearing a black leather jacket and tan shorts running across the parking lot toward the front of the church.

The witness claims to have seen the suspect pouring liquid out of a gasoline can onto a tree and around a statue of Jesus before setting both on fire.

The officers at the scene reviewed the church’s security camera footage and found a man matching the witness’s description. Harris was recorded trying to light propane tanks on fire next to the building.

In addition, the Citrus County Sheriff’s Office received a call from a resident who saw a man attempt to set their garden fence on fire. He also covered several windows and doors with a flammable liquid.

Citrus County Fire Rescue was dispatched to another fire linked to the suspect. A home badly damaged after it went up in flames on South Wadsworth Avenue in Beverly Hills.

“Through strong community efforts, Harris’ whereabouts were obtained, and he was taken into custody shortly before 10 p.m. After being read his Miranda Rights, Harris confessed to setting all three fires,” the sheriff’s office said.

Harris is being held at the Citrus County Detention Facility on a $36,000 bond.

Citrus County Sheriff Mike Prendergast said: “Not only is arson dangerous, but in some cases can be deadly. No one in our community was injured during Harris’ tirade of inconceivable acts. I applaud our deputies, Community Crimes Detectives, and our partners at Citrus County Fire Rescue for working swiftly and diligently to keep our community safe from further harm.”

Prendergast thanked witnesses “for coming forward so quickly with invaluable information” to help solve the crime.

No motive has been given for Harris’ crimes.