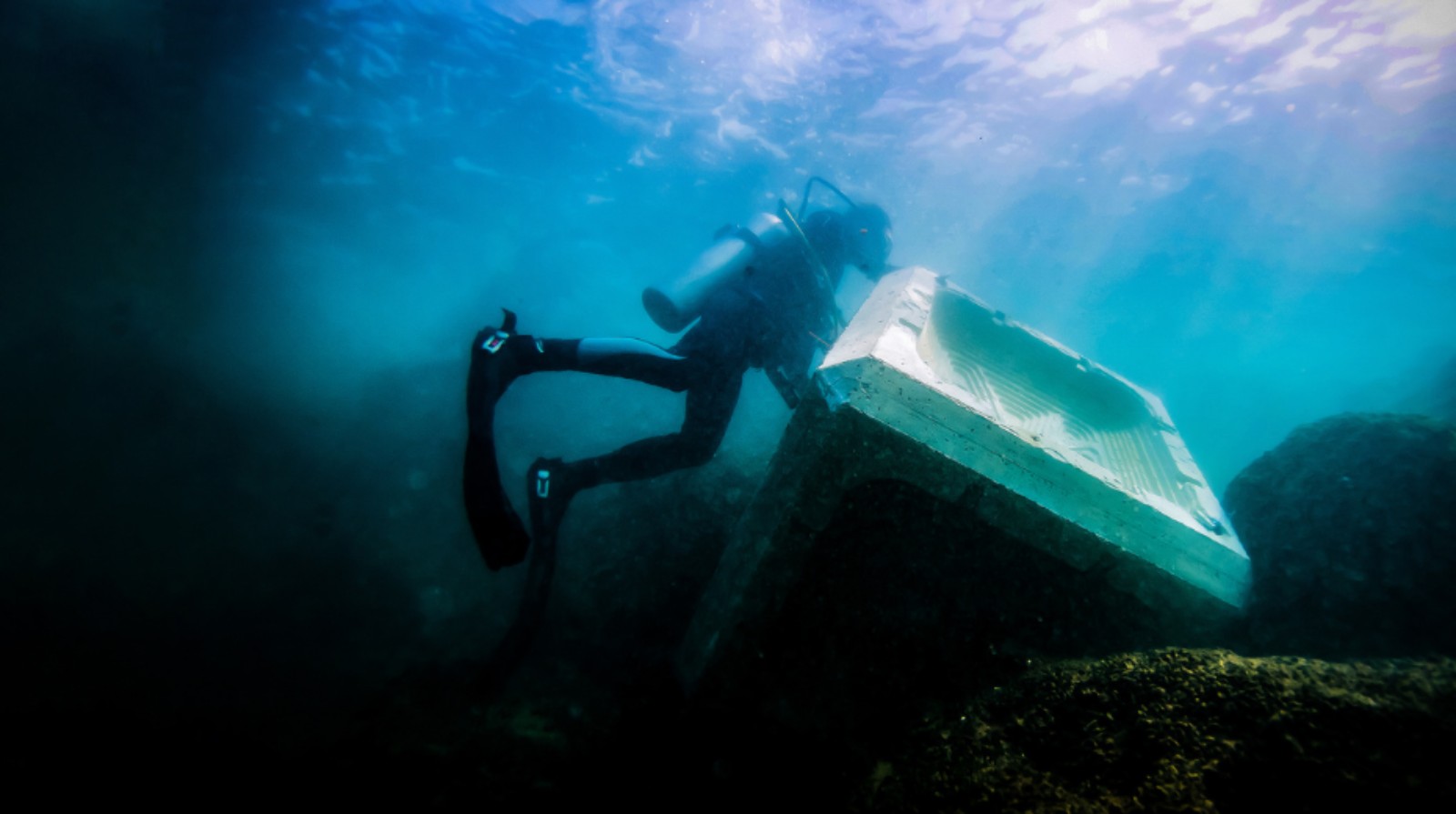 As the United States moves to diversify its energy economy, the Biden administration has set the goal of creating 30 gigawatts of offshore wind power by 2030, while protecting biodiversity and the marine environment.

To protect against this erosion (called “scour” in engineering) concrete is often installed in a mound around the turbines’ foundations. But this has a large impact on sensitive seabed ecosystems.

The unit will facilitate the growth of marine organisms, while meeting all industry standards for stabilizing the seabed.

“Offshore energy production is a rapidly growing market worldwide, and while there are certainly benefits of using renewable energy, there is also an impact of these giant structures on the sensitive underwater ecosystems,” said Ido Sella, CEO and co-founder at ECOncrete Tech. “We view our collaboration with LafargeHolcim as key to minimizing this impact.”

This three-year joint R&D project, already underway, is funded by a grant from Binational Industrial Research and Development (BIRD) Energy.

“We recognize that there are many paths to achieving our net zero commitment, and most require innovative partnerships and out-of-the-box thinking,” said Josep Maset, vice president for commercial excellence at LafargeHolcim.

“The work we’re doing with ECOncrete Tech is a notable example of searching for solutions that enable increased use of renewable energy in an environmentally responsible way.”

A large-scale pilot project is planned to evaluate the ecological performance of the innovative units in an offshore environment before implementation in full-scale installations.

ECOncrete Tech brings, biodiversity, carbon storage and superior structural performance to any marine infrastructure. Its technologies have been integrated in more than 40 projects across eight countries and six seas.

“The United States is home to one of the largest and fastest-growing wind markets in the world. To stay competitive in this sector, the Energy Department invests in wind research and development projects, both on land and offshore, to advance technology innovations,” the Energy Department’s website says.

“Moving forward, the U.S. wind industry remains a critical part of the Energy Department’s … strategy to cut carbon pollution, diversify our energy economy and bring the next generation of American-made clean energy technologies to market.”

«Previous Post
Pfizer Jab 90 Percent Effective In Preventing Adolescent COVID-19»Next Post
Meet Gary, The Robot That Can Tidy The House And Do The Laundry