Davies speaks out against theologies she believes perpetuate harm and stirs conversations about Christianity. 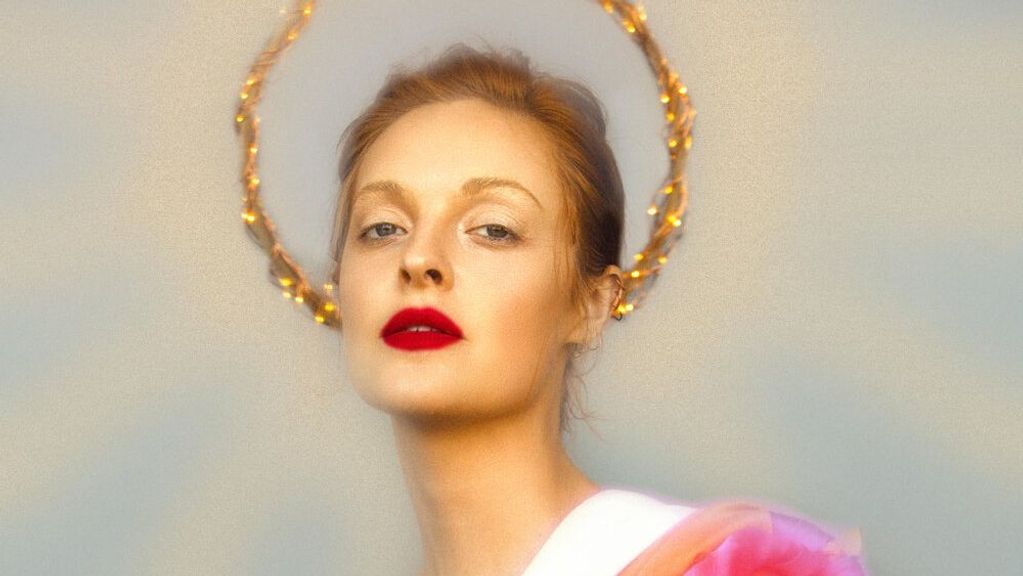 NEW YORK — Brenda Marie Davies, a 38-year-old former model, remembers dancing to the thunderous bass in Berghain — a 24-hour nightclub in Berlin known for its decadence, hedonism and Funktion-One sound system — when a strange sentiment filled her soul.

A tattooed and pierced bouncer enforced a mysterious door policy for the club located in a former power plant, Davies said. Berghain’s main dance floor is above a male sex club, Lab.Oratory. One of Berghain’s multiple floors resembled the façade of a church. The DJ booth sat where the priest would stand at an altar. Perhaps those visuals helped stir the sentiment.

Davies had stopped attending church for more than five years earlier and had just left an abusive relationship, she said. This trip was her first solo excursion. She was in what she now refers to as her “trampage,” a season when she was knee-deep in hookup culture, rebelling from religion and searching for meaning and identity.

The crowd reeked of sexual energy, but she was set on being alone that night. She was mentally “hyper-present” as she gyrated with the crowd, she said, sweating in her black leather pants and giant fur coat — and she was thinking of Romans 8:38-39:

“For I am sure that neither death nor life, neither angels nor demons, neither the present nor future, nor any powers, neither height nor depth, nor anything else in all creation will be able to separate us from the love of God that is in Christ Jesus our Lord.”

In an interview with ReligionUnplugged.com, Davies said: “I remember having this really profoundly beautiful moment where I was dancing so freely, and I was so with God and in that zone with divinity. I really acknowledged for myself for the first time all these things that I really wanted in life.”

She realized she wanted to make a positive influence on the world, wanted to tell people about God, wanted love, wanted family, wanted a child — all the things she wished for as a little girl, but had lost sight of in the growing pains of life.

At that moment, she said she prayed for God’s forgiveness, encountering Him in the truest sense all over again while, ironically, dancing on top of a sex dungeon.

She lacked the proper language and terms to describe her faith back then, but what she meant was that she is a progressive Christian.

An Exodus from Evangelicalism

In a March survey by Gallup, researchers found only 47% of Americans said they belonged to a church in 2020, down from 70% in 1999. Christians are not attending church less often, but rather, there is a lesser share of the population identifying as Christian today, particularly millennials and younger generations.

Pew Research reported that only 49% of millennials identified as Christian in 2019, in contrast to 67% of Generation X, 76% of baby boomers and 84% of the silent generation.

Others are drawn to new expressions and iterations of Christianity, some more progressive and some manifesting in new forms of celebrity culture and social media. Examples range from Justin Bieber on Instagram, Chris Pratt in Hollywood and Davies on YouTube.

Progressive Christians like Davies aim to be more affirming of postmodernism and accepting of the epistemological — relating to the nature, origin and limits of human knowledge — ideas and methods that continue to be produced, according to the Rev. Lydia Sohn, a progressive Christian writer and pastor ordained by the United Methodist Church.

As a result, they have historically been more open to evolving modern Western worldviews, such as the validity of science and the changing notions of equality, sex and gender. Progressive Christianity is politically and socially liberal as it seeks to amplify all voices — especially minority groups — and tends to focus on social justice action more than intrapersonal piety.

Davies often critiques conservative evangelical theology but said: “It’s never about the people. I always want to make the disclaimer that I’m calling out theology that has rotten fruit.” By “rotten fruit,” Davies said she means theologies that she believes perpetuate harm, such as patriarchal attitudes in churches that celebrate men and shame women. She argues that such doctrines and cultures can foster shame and guilt, turning young people away from faith.

And like evangelical culture, progressive Christianity is a dispersed movement — lacking named leaders, defined tenets of faith and clear connections to a specific denomination — which makes it difficult to define.

Benjamin White, assistant professor of biblical studies at The King’s College in New York City, asserts that progressive Christians largely focus on living well and using current human and cultural knowledge to modify traditional Christian beliefs and practices. But while White admires their desire for relevance, he has concerns about how far some are willing to go.

“In trying to reach people who are outside the Christian faith, they’re sometimes not thinking enough about the history of the faith,” White said. “Any movement or institution can only bend so much before it becomes something new. For extreme progressives, you have to ask: Are they converting to Christianity or something else?”

Rather than modernizing Christian belief, White suggests that progressives would do better to recover traditional Christian positions that conservatives often overlook: caring for the poor, identifying with the marginalized and preaching justice.

Davies started a YouTube channel three years ago called God is Grey, which has now gained more than 136,000 subscribers. Her podcast of the same name averages 5,000 to 7,000 listeners per episode. More than 53,000 accounts follow Davies on Instagram.

She begins all of her podcasts with the precursory statement: “Although I believe as a Christian that God resides in absolute truth, in black and white, we as people are stuck here on planet Earth, contending with the gray.”

In her introductory YouTube video, she similarly explained: “I myself have had a difficult time fitting into the cookie-cutter mold of a Christian because the older I got, the more I learned about sexuality, relationships, science, history, politics and the Bible, the more I saw these gray areas. I believe that to earnestly seek God is to honestly and fearlessly look at the gray.”

Still, Davies acknowledges she is not a pastor or a theologian. She is just the girl stirring the conversation, she said. It was with the development of her social-media presence that she discovered the progressive Christian community.

Davies grew up in the evangelical church, but said her experience was spent contending with all the binaries — the black and white.

“In that space, I was really empowered to read the Bible on my own, to feel like I could be a powerful woman of God that was really encountering the Creator in a genuine way.”

But with that came the binaries she said she struggled with: pure or impure, straight or gay, man or woman and so on.

“So many things were counterintuitive to the way I really felt at the core of my being, but I was always told to swallow it,” Davies told ReligionUnplugged.com.

Being constantly told her flesh was evil, but her spirit was good, “I really started disembodying and learning how to distrust myself for the first time in my life,” Davies said.

Now on her YouTube channel and podcast, “God is Grey,” Davies dives into the grays, attacks the conservative evangelical church’s idolization of purity, speaks out against theologies she believes perpetuate harm, and stirs conversations about Christianity.

Even though “God is Grey” began as a personal, therapeutic project by which she could tell the story of how she was profoundly hurt by the church, it transformed into a catalyst, prompting others to step out and publicly share their stories.

Davies now lives in Los Angeles as a single mom with her 2-year-old son. She has written a book called “On Her Knees: Memoir of a Prayerful Jezebel,” which “chronicles Brenda’s spiritual journey over the course of a decade in L.A., through marriage, divorce, unlikely friendship and sexual exploration.”