WBA/WBC/WBO titleholder predicts knockout before round eight in fight billed as “Road to Undisputed” on Nov. 6 in Las Vegas. 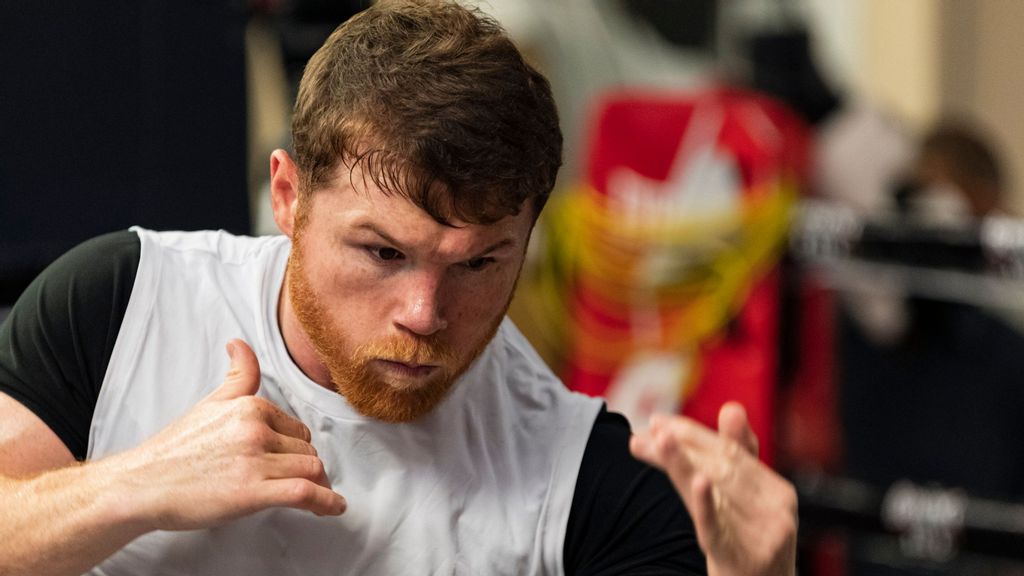 The Mexican superstar did so sensationally, knocking the “Crusher” literally to his knees, senseless, out cold and sagging against ring ropes that held him up. It was a bitter end to a match for a highly unpopular fighter.

“It was nice to see Canelo do us all a favor and hit Kovalev so hard that he banished him from the stratosphere of being a world-class fighter at the elite level,” said boxing analyst Ray Flores of Premier Boxing Champions, TGB Promotions and Triller.

“That was a vicious and apropos clock cleaning of Kovalev, who, in my opinion, is a bad guy based on his track record. At some point, someone may test Canelo, but on that night, it was like, ‘This guy is done being an elite fighter’ because Canelo’s blowing everybody out of the water.”

It has been nearly two years since Kovalev was pummeled by Alvarez, who is predicting an early knockout of undefeated Caleb Plant during their unification bout on Nov. 6 at the MGM Grand in Las Vegas. Alvarez, 31, is determined to become the first undisputed 168-pound champion from Mexico by adding Plant’s IBF crown to his WBA/WBC/WBO versions.

“I’m sticking with my prediction of a knockout before round eight,” said Alvarez, also a winner of titles at 154, 160 and 175 pounds. “The first couple of rounds will be difficult, but as the fight progresses, I am going to be able to get him out of there.”

“This is the most important fight in Canelo’s career. As a prizefighter there is nothing bigger than unifying a division,” said Alvarez’s manager and trainer, Eddy Reynoso.

“That’s why we’re training so hard. Our focus is to make sure we show everyone that Mexican boxing is No. 1. If we’re able to get this victory and unify the division, we will really be making a big mark in the sport.”

Alvarez is 14-0-1 (8 KOs) since a majority decision loss to Floyd Mayweather Jr. in September 2013, a bout that dethroned the then-23-year-old as WBA/WBC junior middleweight champion.

“Canelo’s speed and power against Kovalev was impressive, further showing his progression since the fight with Mayweather. I rank him top five behind Chavez, Olivares and Salvador Sanchez, maybe right there with Marquez, Barrera, Morales and Carlos Zarate,” said Showtime boxing commentator Raul Marquez, a former junior middleweight champion.

“Canelo has matured, developing into a much better fighter. He’s stocky, strong, has a big back, legs, and that’s where his natural power comes from. His balance allows him to leverage his punches, maximize his power, particularly on his body shots, by transferring his weight back and forth from one side to the other.”

That cerebral prowess and two-fisted punching power teams with an impressive resume, which makes Alvarez the sport’s best pound-for-pound boxer, according to Flores.

“Canelo is precise, economical and we’re starting to see more wrinkles in his game as he grows exponentially in the footwork, head movement, feints and the way he parries shots,” Flores said. “Oh, and by the way, he hits like a Mack truck, which makes him the most complete fighter we’ve seen in a long time. Canelo’s the No. 1 pound-for-pound fighter in the world, and it’s not even close.”

At a pre-bout press conference last month, Alvarez and Plant wound up trading blows during their staredown. Goaded by a push from Alvarez, Plant swung and missed. Alvarez landed on Plant. A brief scuffle ensued before the men were separated, with Plant being cut over one of his eyes.

“I’ve never been involved in anything like what happened at the first press conference between me and Caleb,” Alvarez said. “I delivered the message I had to at our press conference. I don’t have to say anything else to Plant. I’m just going to prepare to face him in the ring on Nov. 6.”

Alvarez earned his first crown in March 2011 by unanimous decision over Matthew Hatton, dominating nearly every minute for the WBC’s vacant 154-pound title and improving to 36-0-1 (26 KOs).

Alvarez earned his third crown in as many divisions in December 2018, his four-knockdown, third-round TKO of WBA “regular” 168-pound champion Rocky Fielding coming against a fighter who entered at 27-1, 15 KOs).

“I don’t want to compare myself to great Mexican champions of the past, but this [Caleb Plant] fight is very important for my country of Mexico. This is one of the most important fights of my life,” Alvarez said. “I’m taking it very seriously, and a win means a lot to me. I just want to go out and make my own history. In the end, I want to be considered one of the best along with the legends who came before me.”

Another major triumph was Alvarez’s majority decision unification victory over then-undefeated WBA/WBC titleholder Gennady Golovkin (September 2018) in a rematch of their draw in September 2017.

Alvarez last fought in May, winning by eighth-round stoppage of southpaw Billy Joe Saunders, who entered at 30-0 (14 KOs). Alvarez added Saunders’ WBO title to the WBA and WBC belts he already owned.

“It’s unreal when you look at his resume and consider the guys that he’s beaten, which is unreal,” said Flores, also mentioning a third-round TKO of left-handed title challenger James Kirkland in May 2015.

“I never thought that anyone could mean what Chavez has meant to Mexican fight fans, but Canelo is so young and has a desire to really claim his legacy, being so adamant about being undisputed.”