Fugitive was a no-show at two court appearances in the U.K. earlier this year. 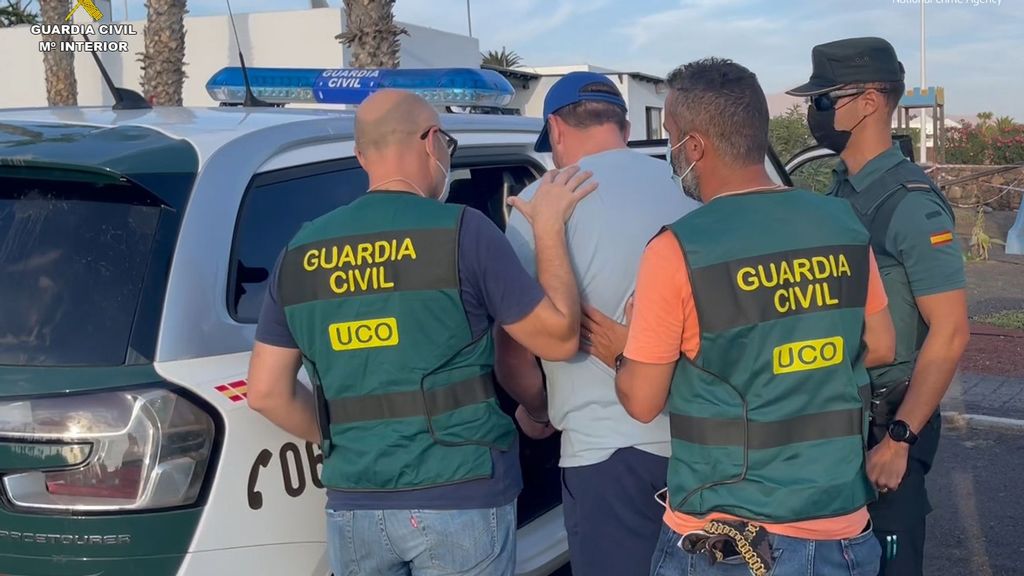 Gary Vickery (center, gray T-shirt) was nabbed by the Spanish Civil Guard on the island of Lanzarotein. (Guardia Civil/Zenger)

An Irish fugitive believed to be linked to that country’s feared Kinahan crime family — whose ongoing feud with the rival Hutch family has resulted in 18 deaths since 2015 — has been arrested by authorities on the Spanish island of Lanzarote.

Gary Vickery, 38, was nabbed by the Spanish Civil Guard in the island village of La Asomada on Oct. 20. His last-known address was in the English town of Tamworth.

Vickery was subject to an international arrest warrant issued by the U.K. authorities after he failed to attend a court hearing in there in July, claiming he had failed to get a PCR Covid test done in time. He also failed to surrender to the court again at a hearing in September.

He is accused of conspiring to import shipments of cocaine and hashish with a street value of over 23 million pounds (roughly $32 million), according to the U.K. National Crime Agency, and of laundering money for the notorious Kinahan crime gang.

The Kinahan crime family is believed to be mainly involved in the drug trade, whereas its rivals are primarily implicated in robberies.

Most of the 18 deaths linked to the Hutch-Kinahan feud have been perpetrated by the Kinahan gang. However, the most recent death linked to the feud was that of 34-year-old suspected Kinahan gang member Eric Fowler, who was fatally shot in the head in the Dublin suburb of Clonsilla in December 2018.

Vickery’s arrest involved a collaboration between the Spanish Civil Guard and the crime agency, with the latter reportedly informing the former of the suspect’s possible whereabouts.

The agency, in turn, had collaborated with the Garda Siochana, Ireland’s national police service, for four years, investigating the suspected drug-trafficking operation.

The bar terrace on which the suspect was arrested is close to both the house he had been living in since 2017 and the boat rental business he ran with his wife, according to the Spanish Civil Guard.

Vickery, along with two other men (including the gang’s most senior figure, 52-year-old Thomas “Bomber” Kavanagh), had already admitted to the U.K. authorities to conspiring to import drugs and money laundering.

The first charge alone carries a maximum sentence of life in prison, according to the Sentencing Council for England and Wales.

Vickery remains in preventive custody on Lanzarote pending his extradition to the U.K.