VIDEO: Rare Owls That Couldn’t Give 3 Hoots They’re Supposed To Be Extinct

The Ural owls will be reintroduced to Austria, where they haven’t been seen in decades. 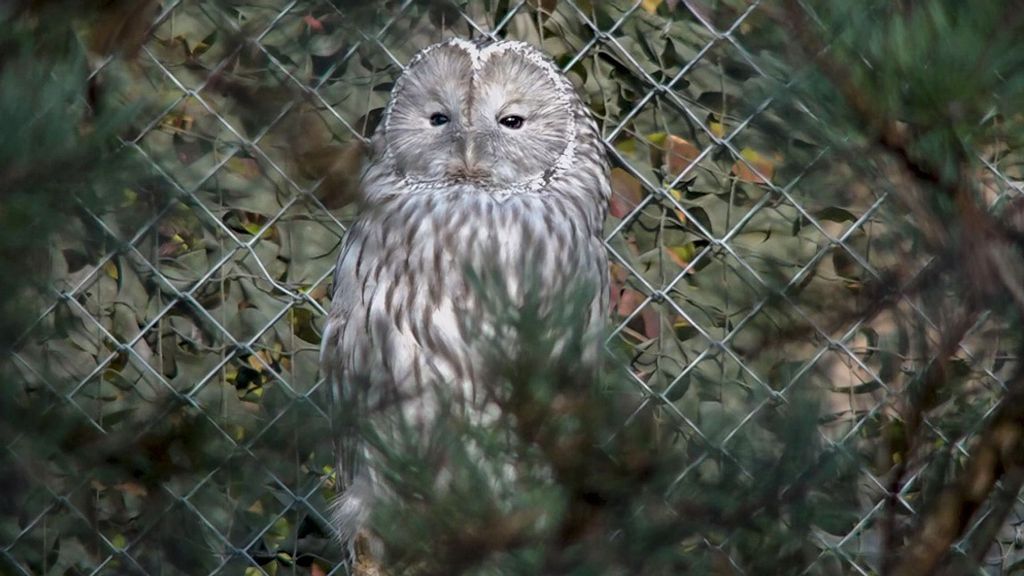 Three new Ural owls were recently brought to the Zurich Zoo in Switzerland as part of an effort to repopulate the species in Austria and Germany. (Zoo Zurich, Nicole Schnyder/Zenger)

Three rare Ural owls have found a new home at a Swiss zoo, which is reintroducing the nocturnal birds to Austria, where they have been considered extinct for decades.

There has been a 10-year effort to secure this goal. The Zurich Zoo in Switzerland says it “is stepping up its commitment to protecting the species.”

The zoo said: “The owl embodies the fascinating characteristics of many owl species in its behavior, anatomy and biology.”

The owls are nocturnal hunters and “by shifting their phases of activity primarily to twilight and night, owls have gotten rid of their food competition that was active during the day.”

Their main prey are voles, shrews, mice and rats, which are grabbed with large claws.

Many of the Ural owls’ physical characteristics are adapted for a nighttime hunt.

Owls have excellent ears, even asymmetrical ear openings, to locate the prey animals through their noises. Their broad head and a face veil supports sound perception.

“Owls’ eyes are forward-facing, which enables binocular vision. Although the eyes themselves are immobile, owls can turn their head with 14 cervical vertebrae by up to 270 degrees, which greatly increases their field of vision,” said the zoo.

Ural owls are silent hunters, and their flight is almost noiseless.

“The feathers of the owls are velvety and fine and the edges of the hand feathers are frayed. Together with the ability to fly slowly, this ensures the air around the feathers is little swirled.”

The zoo said: “The Ural owl has a continuous distribution from Northern Europe via Russia to Japan. While there are still populations of Ural owls in Eastern Europe, they have become extinct in our neighboring countries, Austria and Germany. Ural owls were never native to Switzerland.”

Males claim territories by singing from different perches, and during courtship can conduct duets with their mates. Ural owls mate for life and maintain the same territory for years.

“A reintroduction project has been attempting since 2009 to re-establish a stable population. However, this requires many young birds,” the Zurich Zoo said.

“Forty-nine breeding pairs are currently breeding in 32 zoos and breeding stations for these releases. By September 2019, 428 birds had already been released in the Vienna Woods Biosphere Park and in the Duerrenstein wilderness area.”

The most successful breeding year so far was 2017, with 18 proven pairs. The young birds from the Zurich Zoo will expand the local population and contribute to the long-term survival of the species.