Driver of vehicle that hit the officer faces DUI charges. The officer is still recovering from the May 5 incident. 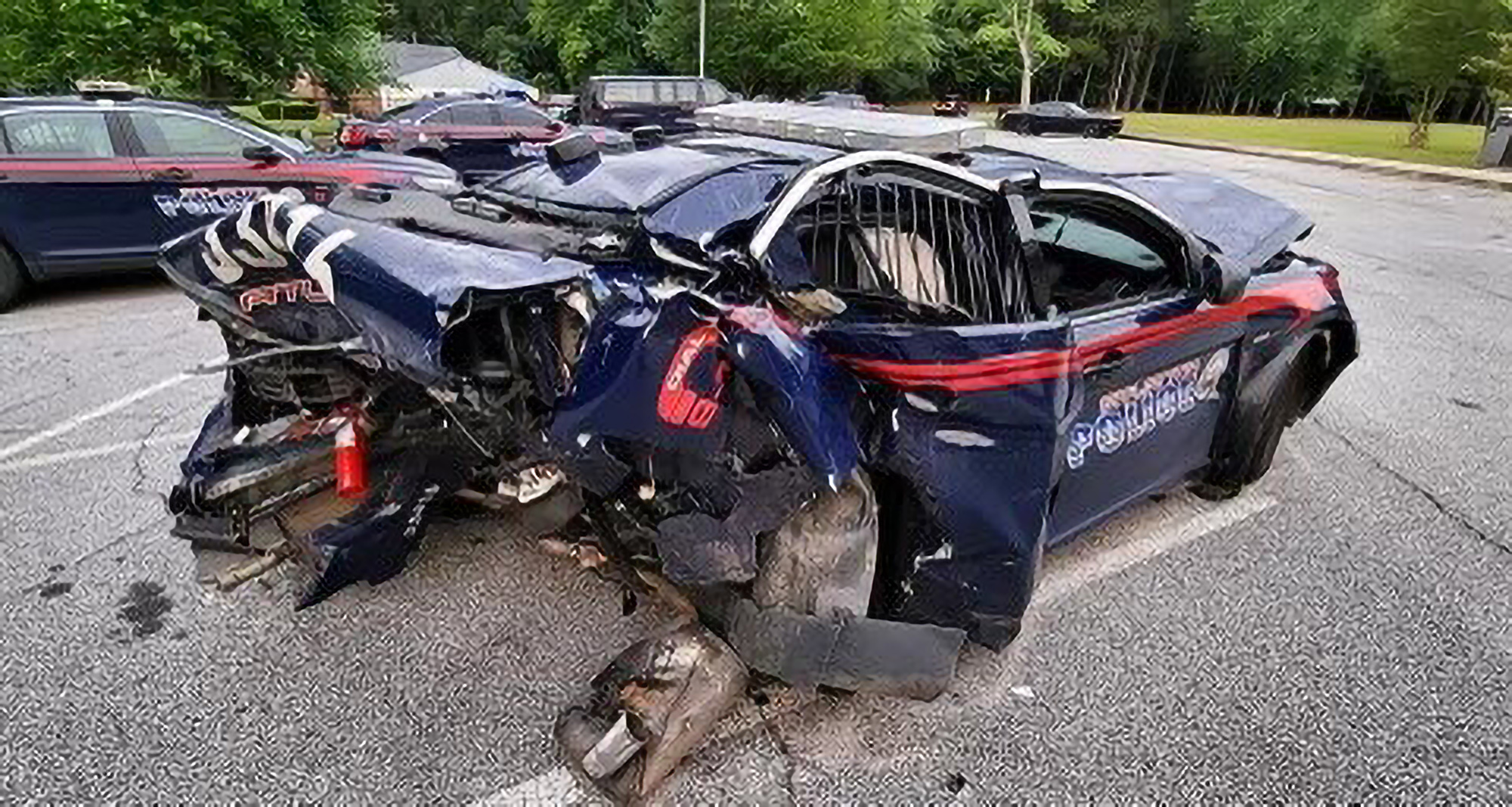 Officer Duc Vo's patrol car after it was rammed by an alleged drunk driver on May 5. The patrol car then hit Vo, who was on the roadside. He is still recovering from his injuries. (Atlanta Police Department/Zenger)

An Atlanta police officer is recovering from injuries sustained while at the scene of a car that broke down on the side of a highway on May 5, when a car hit his parked vehicle and rammed it into him. The Atlanta Police Department released video of the incident on Oct. 20.

Video posted on Facebook shows an Atlanta, Georgia, police patrol car, which was hit by a suspected drunk driver, running into the police officer, identified as officer Duc Vo.

“Vo was dispatched to a call regarding an inoperable vehicle on Interstate 20 near the Joseph E. Lowery Blvd exit, and unbeknownst to him, what happened next would change his life,” the Atlanta Police Department said in a statement accompanying the video.

“Upon arrival, Vo observed that the car was stalled in an active traffic lane. He positioned his patrol car behind the stranded auto and activated his emergency lights to alert motorists and signal them to move over or slow down. Officer Vo then stepped out of his patrol car and began walking towards the vehicle to check on the driver but just as he approached the car, another vehicle traveling at a high rate of speed plowed into the back of his patrol car causing severe damage to the vehicle and serious injuries to Vo.”

Vo can be seen in the video investigating the broken-down vehicle as motorists drive by. All of a sudden, there is a huge crash and the footage goes dark as an oncoming vehicle crashes into the back of Vo’s patrol car.

“EMS responded to the scene and transported Vo to the hospital for emergency medical attention,” police said.

The police identified the driver of the vehicle that hit the patrol car as Annette M. Stewart. She was arrested and charged with driving under the influence, alcohol less safe, and reckless driving.

Police said that officer is “still recovering from the injuries sustained during this incident.”

“All we can say is that we are grateful that officer Vo is still with us. This clearly could have had a different outcome.,” police said. “This incident is a reminder of what can happen during an officer’s shift and the dangers they endure that are rarely acknowledged or discussed.

“Unless you’ve been an officer, there is no way to grasp the totality of the position. It is much bigger than chasing down bad guys and making arrests. The daily risks and heroism cannot be overstated. We send best wishes to officer Vo and his family. It should be noted that Officer Vo was nominated and affirmed for the Purple Heart award for this year’s Crime is Toast event. A much-deserved nomination.

“We remind drivers that drinking, and driving is not only insanely dangerous, but it is against the law. Never drink and drive, never text and drive and always pay attention when behind the wheel,” police said.