Big cat was rescued and will be released into the wild after a stay at a wildlife refuge. 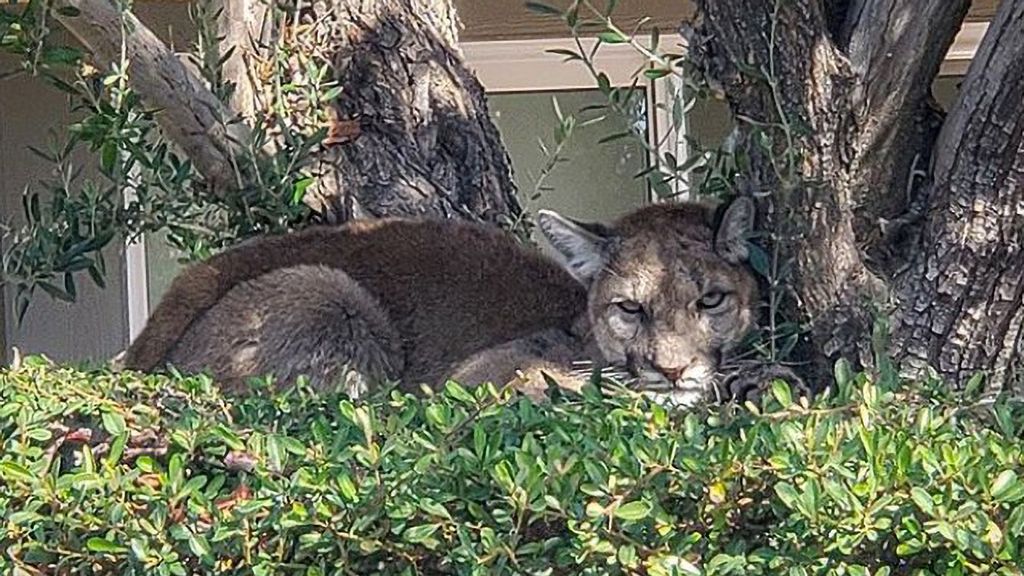 A malnourished mountain lion that was roaming around a condominium complex for several days was rescued from a tree in California and taken to a wildlife refuge.

Police in Palm Springs posted a statement online about the unusual rescue mission on Oct. 18.

“Today, officers from the Palm Springs Police Department and California Department of Fish and Wildlife worked together to safely capture a mountain lion in the Sunrise Palms Condominium Community,” the police statement said.

The cougar made its way into the condo complex and climbed a tree, prompting concerned residents to call the emergency services, according to the police statement.

“The mountain lion was safely tranquilized by the California Department of Fish and Wildlife and had her very own teledoc appointment while she was asleep. It was determined she was malnourished and in need of treatment.

“The mountain lion will be headed to a wildlife rehabilitation facility in San Diego County.”

Police reminded the public “to keep an eye on your smaller animals and don’t leave your pet’s food out to be eaten by wildlife.”

The mountain lion (also known as a cougar) is expected to be released into the wild after it has fully recovered.

A study by the University of California-Santa Cruz published in June found that pumas [another name for mountain lions] have increasingly ventured into urban areas due to COVID-19 lockdowns.

Declining levels of human mobility during regional shelter-in-place orders led to cougars being more willing to explore populated urban areas, according to the study, published in the journal Current Biology.

“Urban environments had suddenly become quiet and empty as shelter-in-place orders brought human movement to a grinding halt — an effect some researchers have called the ‘anthropause’. Wildlife seemed to be taking advantage. The new study shows this was certainly true for pumas in the Santa Cruz Mountains,” the study said.

The Santa Cruz Mountains are about 500 miles from Palm Springs, but that city is surrounded by several other mountain ranges.

Chris Wilmers, an environmental studies professor at University of California-Santa Cruz, said: “It’s not that they weren’t scared of cities; they were still scared, but only of high housing density, not the extra impact of human mobility.

“If you take all the car trips and pedestrian trips and human mobility out of it, then, all of a sudden, mountain lions don’t fear the city as much.”

Mountain lions are native to the Americas. A fully grown male cougar can reach 7.1 feet, making it the fourth-largest big cat in the world.

The International Union for Conservation of Nature does not consider cougars to be at risk. They are ranked as a species of “least concern.”