Gangs reportedly control up to half of Port-au-Prince and are kidnapping police officers, businesspeople and even ministers. 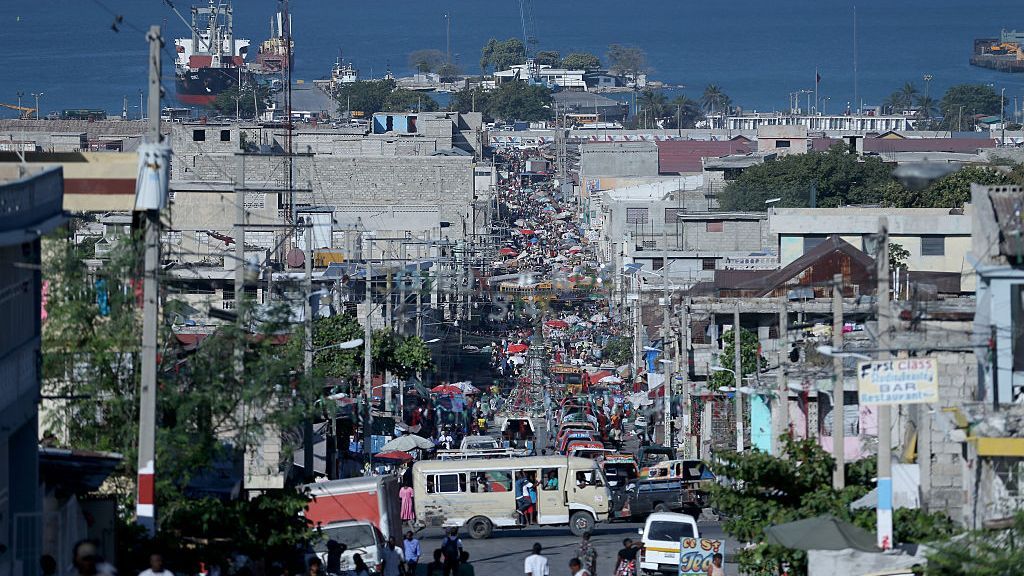 Port-au-Prince, Haiti. Kidnappings in Haiti have surged by 300 percent this year, according to the Center for Analysis and Research for Human Rights, a Port-au-Prince-based nonprofit. (Joe Raedle/Getty Images)

The gang that kidnapped 17 missionaries near the Haiti’s capital, Port-au-Prince, early on Oct. 16 is demanding $17 million — $1 million per person — for the group’s release, according to government sources.

The kidnapped group of 16 U.S citizens and one Canadian citizen includes six men, six women and five children, according to Christian Aid Ministries. One of the children is said to be 2 years old.

The Ohio-based Christian Aid Ministries said the 17 people associated with the nonprofit were en route from an orphanage to the country’s airport when they were kidnapped. Officials are pointing to members of the 400 Mawozo gang as those who abducted the nonprofit’s members, which includes five children. They also allege the Mawozo gang kidnapped five priests and two nuns this year.

Kidnappings in Haiti have surged by 300 percent this year, according to the Center for Analysis and Research for Human Rights, a Port-au-Prince-based nonprofit. Much of the rise is attributed to the 400 Mawozo gang, which has pioneered kidnappings of groups from buses and cars and has grown to 150 members, the center reported.

Gangs reportedly control up to half of Port-au-Prince and are kidnapping police officers, businesspeople and even ministers — mid-sermon.

Dan Shoemaker — president of Reciprocal Ministries International in Lehigh Acres, Florida, a nonprofit that works in Haiti — had speculated the gang may demand as much as $17 million for the safe release of the hostages.

“Christian Aid Ministries is worldwide and if the gang did its homework, it knows that it is a big organization,” Shoemaker said. His ministry operates about 100 miles from Port-au-Prince, in a safer part of the island nation that is reeling from shortages of everything from fuel to groceries.

In July, a band of mercenaries assassinated Haiti’s president, Jovenel Möise, shooting him in his home. In August, a deadly earthquake and tropical storm devastated the country, creating landslides and leaving some residents homeless.

The UN Office for the Coordination of Humanitarian Affairs has said the back-to-back disasters “are exacerbating preexisting vulnerabilities,” such as food insecurity and rising gang violence. As a result, thousands of Haitians have attempted to migrate to the United States in recent months.

“Store shelves are nearly empty in some cases,” Shoemaker said. His staff of 45 — mostly Haitian locals — is safe. In his more than three decades of ministry, Shoemaker said no one in his organization has been harmed. Nonetheless, the threat of violence is ever present in the capital, with as many as nine gangs vying for dominance.

“The gang made a serious miscalculation,” Shoemaker said of the recent kidnapping, adding that gangs typically target locals. “Now they will bring the attention and wrath of the international community.”

The Biden administration has acknowledged that the FBI and the State Department are now involved.

Gang activity on the rise

Haitians commemorated the death of Jean-Jacques Dessalines, a Haitian revolutionary hero, on Oct. 17. Prime Minister Ariel Henry and his security detail tried but failed to lay a floral wreath at a ceremony when armed gang members fired weapons, forcing them to retreat, Shoemaker said.

One member associated with Christian Aid Ministries suspects the attack could be in retaliation for the two gang members arrested by police that same week. Shoemaker said the police are outmanned and outgunned by the gangs in the capital city.

Kidnappings are becoming a growing trend in Port-au-Prince, where gangs control nearly half of the capital. The State Department reported that at least 400 kidnappings occurred this year; others suspect the number is closer to 600 or perhaps more than 1,000 since January.

Produced in Association with Religion Unplugged.