Are We Yearly There Yet? One Of World’s Oldest Atlas Books Up For Auction

Astonishingly accurate 420-year-old “Theater of the World” atlas will go under the hammer for $100,000. 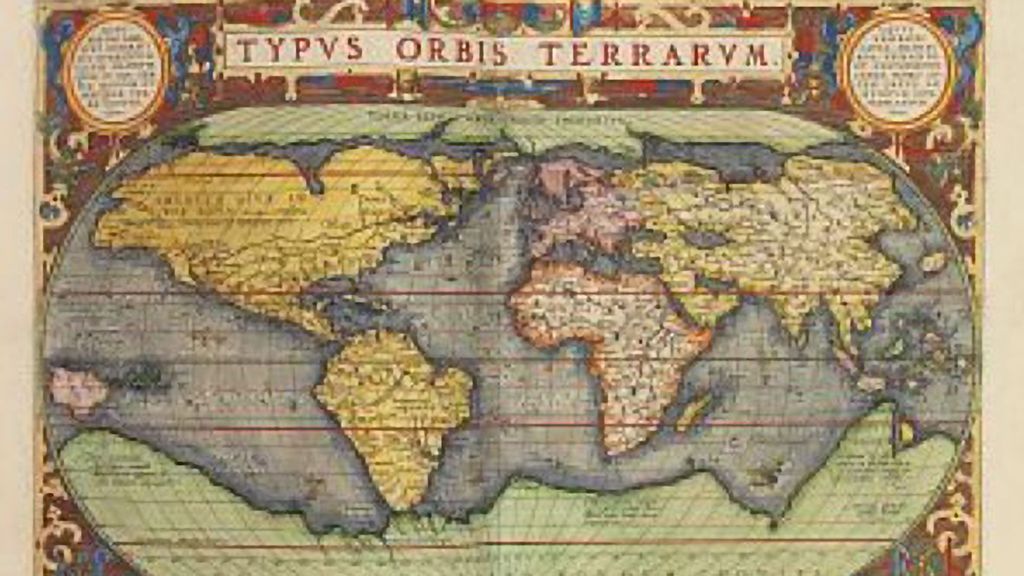 An early 17th-century book containing this world atlas and more than 150 other maps is being offered for sale on Nov. 29 at a German auction house. (Ketterer Kunst/Zenger)

A rare book widely considered to be the world’s first modern atlas is up for auction in Germany.

The “Theatrum Orbis Terrarum” (the “Theater of the World” in Latin) was created by cartographer, geographer and cosmographer Abraham Ortelius in 1601. The book is widely considered to be the first modern atlas, and it is remarkably accurate, despite having been created in an era long before the GPS.

The work is on the block as part of a rare books sale being held by Ketterer Kunst auction house in Hamburg on Nov. 29, according to a statement. The asking bid is $100,000.

“A world without Google Maps is hard to imagine today, but that was a reality for centuries,” the auction house said in the statement. “At the time, Ortelius offered guidance with the first modern atlas, which set the standard for all subsequent atlases.”

Also making the book special, the auction house said, is “it takes a leading position in terms of content and presentation, as well as its splendid old coloring. It is one of only 200 from the last edition that Flemish printer Jan Moretus produced for Ortelius’ heirs.”

The book includes a world atlas, as well as views of the continents of Europe, Africa, Asia and America and maps of the Pacific and the North Sea.

Despite obvious inaccuracies — including Australia not being on the map, the southern tip of South America almost touching Antarctica, and North America appearing considerably larger and China much smaller than in actuality — the “Theater of the World” is considered both a work of art and a piece of history.

First printed in 1570 in Antwerp, the creation of the atlas is widely considered by academics to have signaled a new age of European adventure and discovery, the auction house said, with its author Ortelius bringing together in his unique book the very latest and most complete maps of the time.

The book went through 34 editions and sold over 7,000 copies, which in those days made it something of a bestseller.

While the edition up for auction contains more than 150 maps, according to the auction house, the first edition only had 53 maps, each with detailed comments.

The Ortelius work is the lead item in the auction house’s rare books auction. Other books on offer include those by philosopher Immanuel Kant, artist Joan Miro and Reformation religious leader Martin Luther.