The Ministry of Defense said about 8,000 servicemen took part in the exercise. 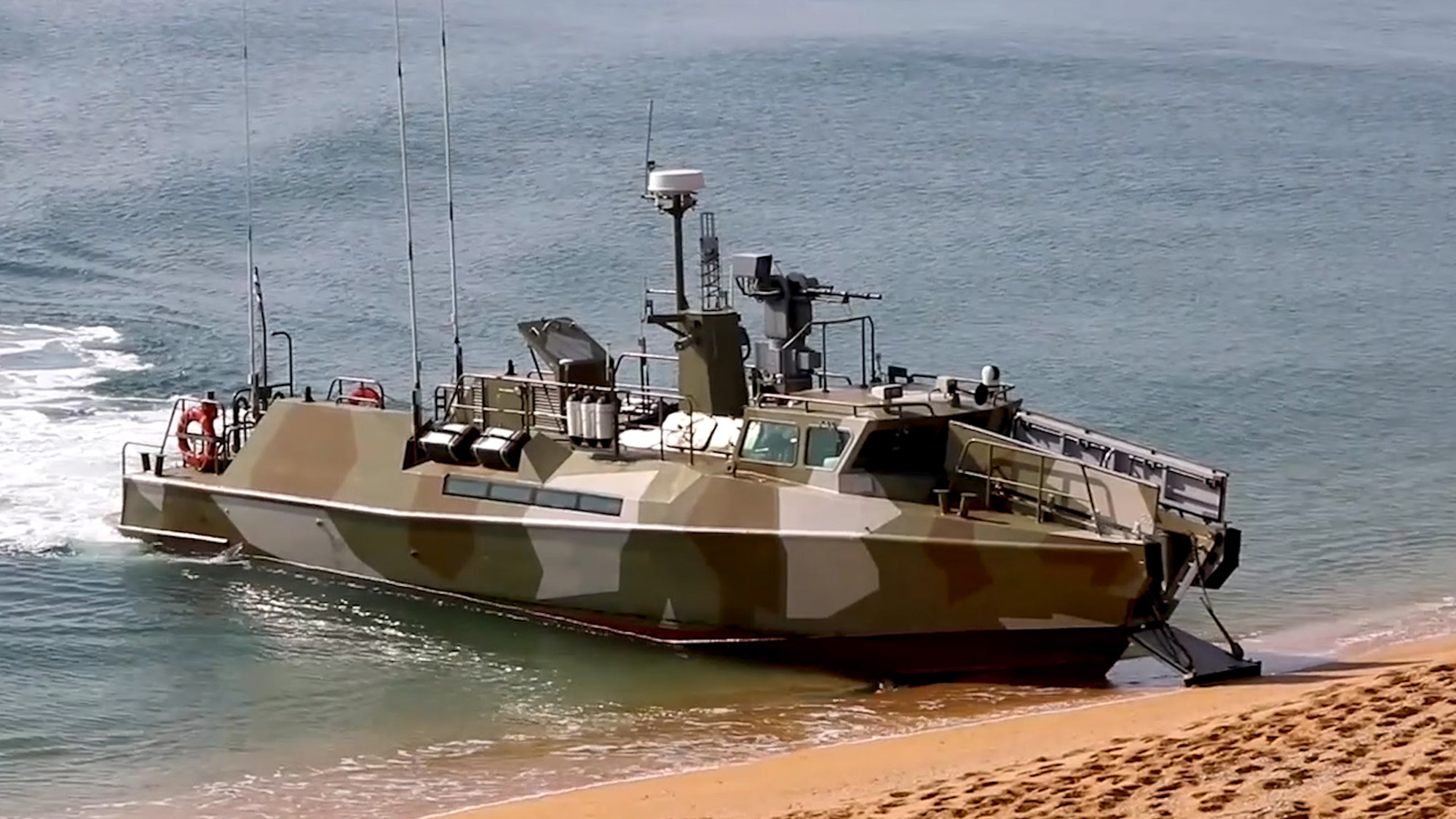 The Black Sea Fleet conducted an exercise for coastal defense at the Opuk combat training ground in Crimea.  (Ministry of Defense of Russia/Zenger)

Video shows Russian troops rehearsing a D-Day-style landing in Crimea, which the Russian Federation invaded and subsequently annexed from Ukraine in 2014.

The footage, posted on Oct. 19, shows anti-tank defenses set up along the beach as infantry soldiers storm it. It then shows a soldier crawling along the ground with what appears to be a mine detector, before showing a number of vessels deploying troops on the shore.

The front of one vessel opens and soldiers run out, taking the beach, as a larger vessel can be seen at sea in the background.

The footage then shows the larger vessel as the front opens up to release a tank.

Other tanks and armored vehicles are then deployed on the beach as reinforcements for the soldiers after the infantry secured the position.

The armored vehicles can then be seen taking the dunes as the video ends.

Video of the exercise, which is reminiscent of how the beaches in Normandy were stormed by the Allies in World War II, was posted online by the Russian Ministry of Defense. The Ministry said that its forces “conducted a tactical exercise to defend the coast during the landing of amphibious assault forces at the Opuk combat training ground in the Crimea.”

In a statement on its website, the Russian Ministry of Defense said that a Marine Corps unit, under the cover of the fleet’s naval forces, deployed from large, amphibious ships and took the beach before advancing on the “enemy.”

“As part of the exercise, the Black Sea Fleet marines on the BTR-82A, under the cover of aviation and naval forces of the fleet, disembarked from large amphibious ships, fought for the landing, occupied the coastal sector and advanced deep into the positions of the conditional enemy,” the Ministry said.

“Then the anti-amphibious defense artillery continued to defeat the landing ships of the landing enemy, and operational-tactical aviation, as part of the Su-34 aircraft, attached to the defending troops, also worked for naval targets.

“In the final stage, the participants in the exercise worked out actions to change firing positions, regroup missile, artillery and tank units under the cover of aerosol camouflage.”

The Ministry said about 8,000 servicemen took part in the exercise.