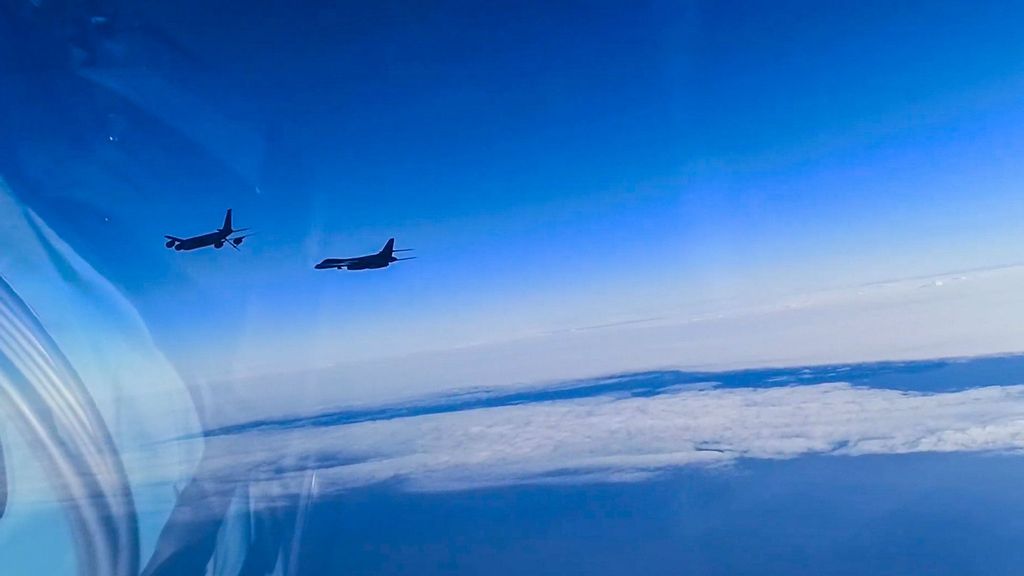 Two Russian fighter jets escorted a pair of U.S. strategic bombers over the Black Sea and away from Russian territory, the Ministry of Defense of the Russian Federation said in a news release. The mid-air altercation took place a day after the U.S. Secretary of Defense slammed the Kremlin for “destabilizing activities” in the region.

While the U.S. had not responded specifically to Russian’s declaration that it had steered the bombers away from its borders as of this posting, it had put out a news release on Tuesday with the headline, “Bomber Task Force Europe: B-1s thunder through Black Sea for maritime mission.”

Part of that interaction can be seen in footage released by the ministry, which appears to show a Russian fighter jet guiding a U.S. bomber that is undergoing aerial refueling away from the Russian mainland.

The escort was carried out in full accordance with intentional law and was initiated because U.S. bombers were approaching Russian airspace, the defense ministry said.

“Russian fighter crews identified the aerial targets as two US Air Force supersonic strategic B-1B bombers, accompanied by two KC-135 refueling planes, and escorted them over the waters of the Black Sea,” the ministry said. “After the foreign warplanes had been turned away from Russia’s state border, the Russian fighters safely returned to their home airbase.”

The incident came a day after U.S. Secretary of Defense Lloyd Austin visited Ukraine and made several critical comments about Russia’s “destabilizing activities” in the Black Sea.

Austin’s visit focused on major regional issues such as the Russian occupation of Crimea, the alleged militarization of its eastern border with Ukraine, and the Kremlin’s movements in the Black Sea.

“So we again call on Russia to end its occupation of Crimea, to stop perpetuating the war in eastern Ukraine, to end its destabilizing activities in the Black Sea and along Ukraine’s borders, and to halt its persistent cyber-attacks and other malign activities against the United States and our allies and partners,” Austin tweeted.