VIDEO: Pastor, Teacher Among Those Arrested In Sex Trafficking Ring 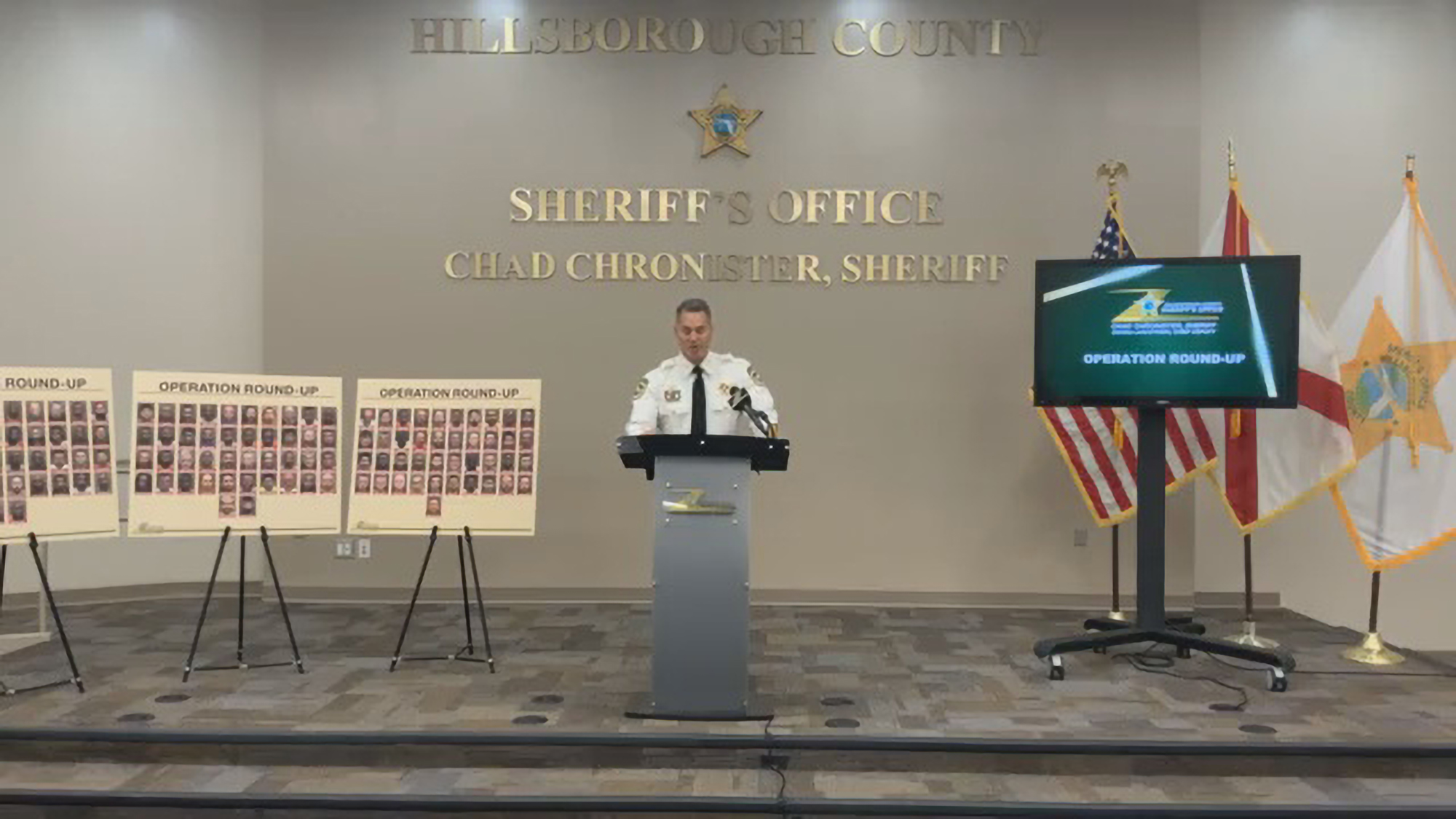 Hillsborough County Sheriff Chad Chronister announces the results of a 20-day human trafficking operation in Florida which led to 125 arrests, including that of a public school teacher and a pastor. (HCSOSheriff/Zenger)

A public school teacher and a pastor are among 125 people arrested in connection with human trafficking in Florida, and five people, including a teenager, were rescued, the Hillsborough County Sheriff’s Office said.

During “Operation Round-Up,” from Aug. 4 to Oct. 13, “undercover detectives targeted criminals who attempted to prey upon minors, sought sex for themselves, or exploited victims through human trafficking,” the sheriff’s office said on Oct. 18.

“These men who were all held to a standard of trust and respect were all arrested for soliciting another to commit prostitution,” said Sheriff Chad Chronister.

Two other men were arrested for allegedly transiting harmful material to a minor, and one of them was charged with traveling to meet a minor after using computer services/devices to solicit a certain act.

“This operation also helped rescue four women and one teenager from the heinous grasp of human trafficking. The victims were recovered and referred to Selah Freedom [a nonprofit that aids survivors of human trafficking], which then offered needed support and resources.

“Because of the unfortunate success of this operation and others alike, the Hillsborough County Sheriff’s Office has created a Human Trafficking Squad. This team of 12 dedicated members will uphold the commitment to ending human trafficking in Hillsborough County by reducing the demand, and rescuing victims.”

The sheriff said in his statement: “Individuals who make a conscious choice and effort to take advantage of others through human trafficking have no room in Hillsborough County.

“Our approach and efforts year-round are proactive and relentless. Our strong team of detectives will continue to work tirelessly to take down and put a stop to human trafficking.”

The organization works to bring awareness and education training to communities. It has programs for parents and youths, and an outreach program for jails.

“Women in our sex trafficking Outreach Program are provided the opportunity to dream again; to discover who it is they were created to be,” the organization’s website says.

“Each year, an estimated 14,500 to 17,500 foreign nationals are trafficked into the United States. The number of U.S. citizens trafficked within the country each year is even higher, with an estimated 200,000 American children at risk for trafficking into the sex industry,” according to the Department of Justice.