The officer was seriously injured as speeding car on the highway lost control. 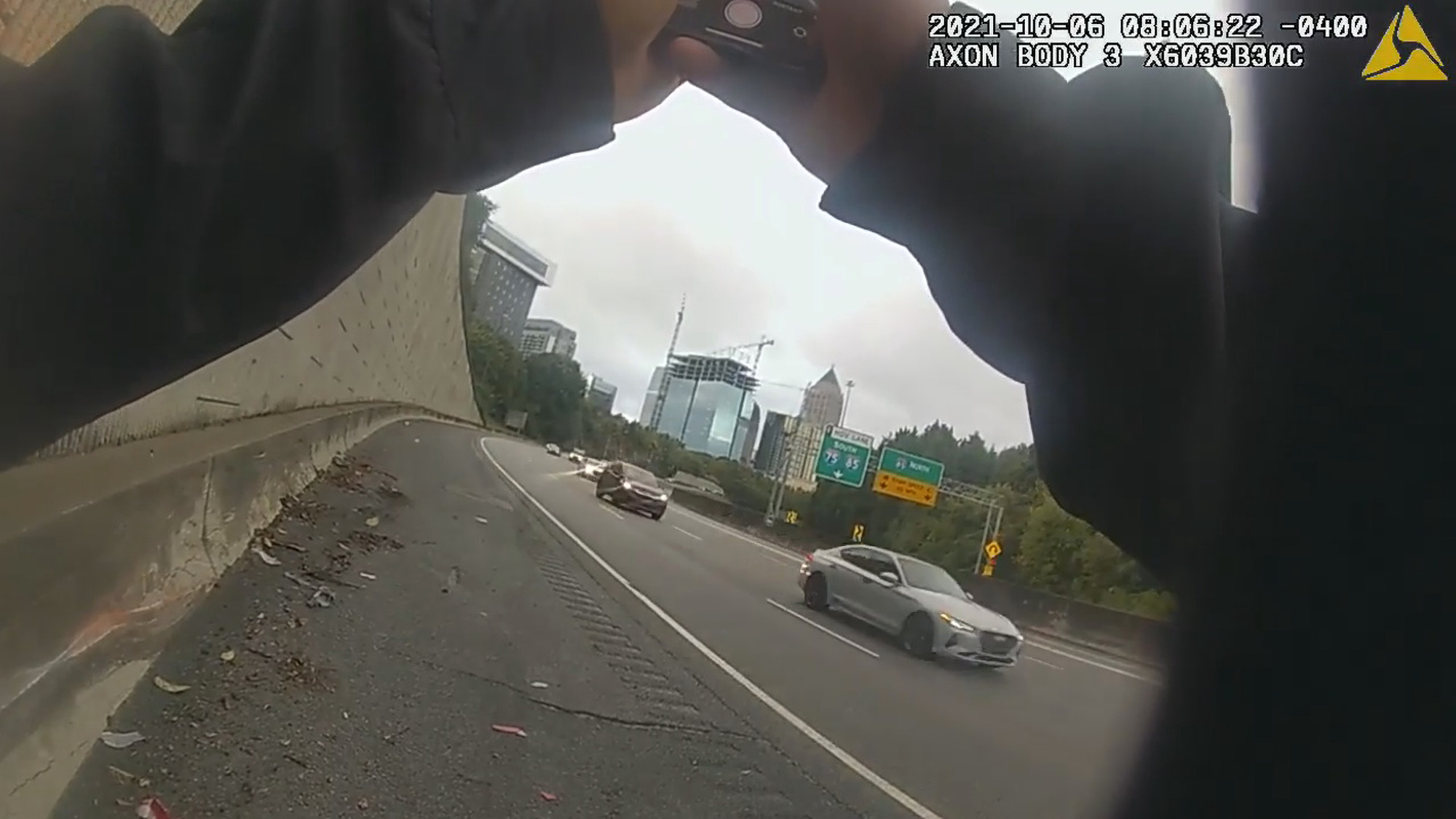 Police officer Steven Randerson was hit by a car on Interstate 75 in Atlanta, Georgia, while investigating an accident on Oct. 6.  (Atlanta Police Department/Zenger)

An Atlanta, Georgia, police officer was hit by a speeding car while he was investigating an accident by the side of the road.

In the body-cam footage, cars are seen whizzing past at high speed on the highway. As the officer turns to face the other way, a car struck him from behind.

The footage was shared by the Atlanta Police Department, which said: “On Wednesday, October 6, 2021, at around 8:10 a.m., Officer Steven Randerson, a nine-year veteran of the Atlanta Police Department, was investigating a traffic accident on I-75 NB near 17th St NW. The vehicles from the accident had been moved to the right shoulder of the highway and Ofc. Randerson positioned his police vehicle behind them to warn oncoming traffic of the hazard and to shield the citizen’s vehicles from another collision.”

Randerson was taking photos of the accident when he was hit by a car.

“While Ofc. Randerson was outside the police vehicle, but still in the right shoulder of the highway, another vehicle approached. The oncoming vehicle was traveling too fast for the wet conditions and lost control as it approached the area of the accident.”

The police said the approaching vehicle left the traffic lane and went into the area where the officer was working. The officer did not see the vehicle coming, as he was standing in the opposite direction.

The officer was seriously injured in the incident and is still recovering. The driver who hit him was given a citation for going too fast, police said.

The department also said: “We are grateful that Officer Randerson is in the healing process. This could have ended so much worse. This incident is a reminder of the many dangerous situation’s officers can and do encounter each day and how grateful we should all be for their service.”

The police reminded motorists of Georgia’s Move Over Law. The law, in place since 2003, states that drivers must move-over one lane when emergency vehicles are stopped on the side of the road.

Speeding impairs driving and failing to consider weather conditions puts everyone, including officers, at risk, the police post said.

“Your focus and consideration while driving can save lives or destroy them. Protect our officers and protect your fellow citizens by making safety your priority.”

To date, five Georgia law enforcement officers have been killed in the line of duty in 2021, according to the Officer Down Memorial Page.