He put on a woman’s wig to enter a girls bathroom and allegedly took photos with a pen camera on his sneaker. 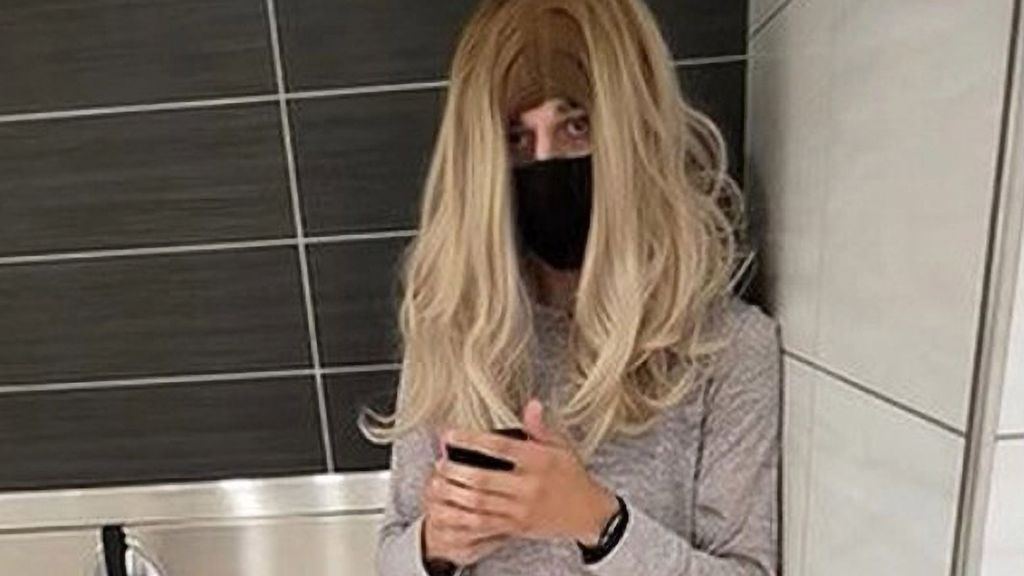 Photo purportedly showing Jacob M. Guerrero posing as a woman and wearing a wig, in a women's bathroom at the Wrentham Outlet in Wrentham, Massachusetts. (Wrentham Police Department/Zenger)

A 23-year-old man is accused of secretly filming girls while he hid in a bathroom stall and used a pen camera attached to his sneaker. After he was arrested for that incident in August and released on bail, he was arrested again this month when police said they found video evidence of child pornography in his possession.

Jacob M. Guerrero from Woonsocket, Rhode Island, who is a delivery driver for Amazon, was arrested by Wrentham, Massachusetts, police following a lengthy investigation, police said on Oct. 19.

“The initial incident and subsequent investigation began August 24, 2021 when Wrentham Police received a call from customers at the Wrentham Outlets reporting a person who appeared to be a man dressed as a woman acting suspiciously in the public ladies bathroom,” the police statement says.

“The suspect, wearing a blonde wig, reportedly entered the ladies room and occupied stalls next to adjoining stalls that women and younger girls, estimated to be 12-15 years old, were using.”

By the time officers arrived, the suspect had left the area, police said. Their investigation revealed that “the suspect appeared to have a pen camera fastened to his sneaker.”

Pen cameras are easily concealed surveillance cameras, police said. “They have the ability to record video and photos on Micro SD cards contained within the pen. The photos or video captured can then be transferred to any device, including cellphones and computers.”

Police were able to identify the suspect’s vehicle and his identity and obtained an arrest warrant for the August incident.

The warrant was executed on Sept. 2 during a motor vehicle stop, and Guerrero was charged with photographing an unsuspecting nude person. He was released on bail later the same day, police said.

The police investigation into Guerrero’s activities continued, including a search warrant for his personal vehicle and cellphone, police said. “That [search] uncovered sufficient evidence to secure a second arrest warrant for 12 counts of possession of child pornography.

“The evidence obtained from the search warrant includes 12 videos where the unsuspecting victims were either nude or partially nude. Five of the 12 victims were under the age of 18. Of the victims under 18 years old, several are estimated to be between 8 and 11 years old. In at least one case, the evidence suggests the suspect secretly recorded a young girl through her bedroom window as she undressed,” police said.

The investigation is ongoing, police said, and includes several law enforcement agencies in more than one state.