India Loves Palm Plantations At The Risk Of Tropical Forests

The government ignores warnings from scientists who advised against palm plantations. 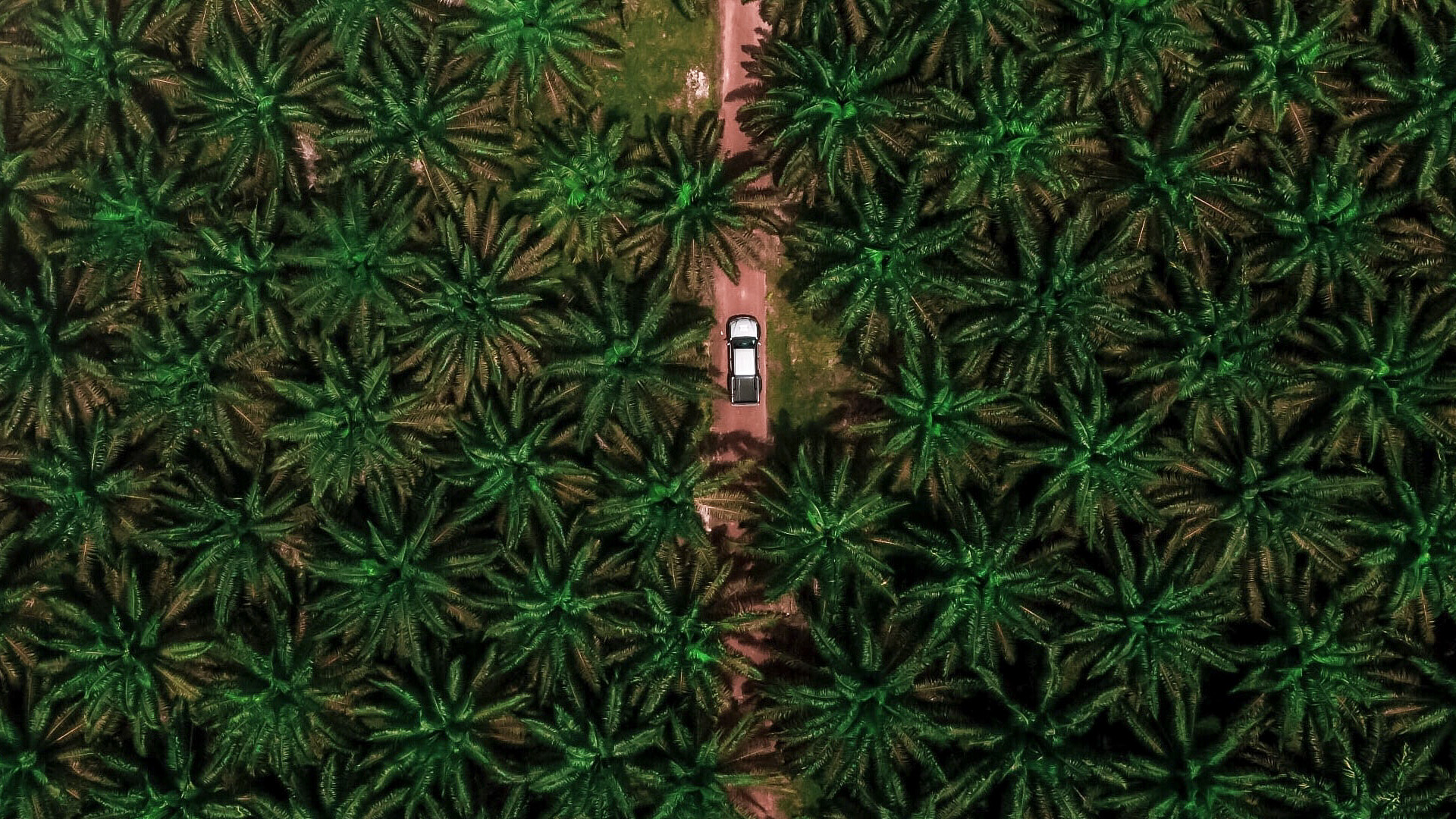 CHENNAI, India — Sri Lanka has done away with importing palm oil — an ingredient used in almost all daily products from toothpaste to cosmetics and edibles to biofuels. Neighboring India, the world’s largest importer of palm oil, is also on a mission to cut its palm oil import bill.

But their reasons are different.

Sri Lankan President Gotabaya Rajapaksa banned imports as “consumption of crude palm oil has adverse effects on public health” and “research has revealed that oil palm cultivation can lead to long-term adverse environmental effects”. Rajapaksa wants farmers to uproot 10 percent of the plantations each year to replace them with rubber or other eco-friendly cultivation.

Indian Prime Minister Narendra Modi took to social media to announce the mission would be a “game-changer when it comes to helping palm oil farmers and creating an Aatmanirbhar Bharat (self-sufficient India)”.

The Indian government has set aside INR 11,040 crore ($1.5 billion) to achieve this target. It has also included viability gap funding to immune farmers from the fluctuation of global prices.

One of the reasons India is pushing ahead is its ballooning oil import bills. 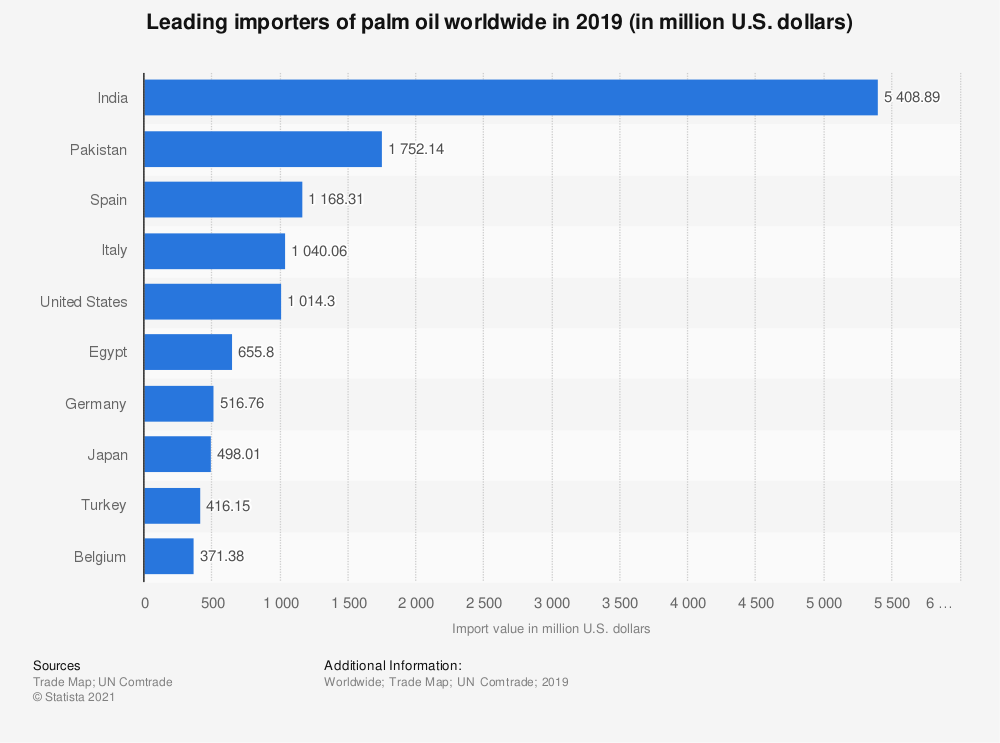 India consumes around 25 million tonnes of edible oil annually. It imports about 70 percent of its edible oil, of which palm oil constitutes 60 percent and is sourced from Indonesia and Malaysia. Almost 98 percent of palm oil is imported.

At present, India imports 8.3 million tonnes of crude palm oil, and by creating the new plantations, it seeks to cut its import bill by a third by 2030.

The British colonial government introduced the oil palm, native to West Africa, in India in 1886. Britishers used it for the decoration of gardens and plantations on canal bunds. Large scale plantations were launched in the 1970s in the south Indian state of Kerala and later in Andaman and Nicobar Islands.

India was considerably self-sufficient in edible oil production until it signed an agriculture agreement at the World Trade Organization in 1994 and kept edible oils under Open General License. Under the Open General License, commodities are deemed to be freely importable without restrictions and a license, except to the extent that they are regulated by the policy’s provisions or any other law.

In 2002, India’s Supreme Court ordered a stop on all monoculture plantations in Andaman and Nicobar Islands based on a 1987 study. The study by Port Blair-based Central Agricultural Research Institute stated that monoculture had changed the nature of the island’s soil and caused a rise in the number of rodents, introduced exotic pests, and harmed the hydrological cycle.

In 2019, a few groups approached the Supreme Court to get some relaxation for the plantation. The court asked opinion from the Indian Council of Forestry Research and Education (ICFRE), an autonomous institute under India’s Union Ministry of Environment and Climate Change.

In January 2020, ICFRE scientists flagged that oil palm plantations should be avoided in biodiverse-rich areas. However, when ICFRE filed an affidavit in the Supreme Court in June 2021, it asked for the requirement of a detailed and comprehensive study to assess oil palm plantation impact.

When Zenger News reached out to Arun Singh Rawat, Director General, ICFRE, his office refused to comment and stated that the matter is sub-judice. The ICFRE report is not in the public domain.

India also had a spat with Malaysia and halted palm oil imports after a diplomatic row. Former Prime Minister of Malaysia Mahathir Mohammad made remarks against India’s move to take out autonomy of Jammu and Kashmir in 2019.

“The decision of the current government is nothing new but a continuation of previous government policies to reduce dependency from import of edible oil,” Siraj Hussain, former secretary, Ministry of Agriculture and Farmers’ Welfare, told Zenger News.

Hussain says the government should be cautious that its production area should not damage forest but is concentrated only on agricultural land.

Despite the red flags, India’s agriculture minister Narendra Singh Tomar launched the palm oil mission in August “with a special focus on the north-eastern region and the Andaman and Nicobar Islands”.

Immediately, local politicians and experts warned the move would lead to large-scale deforestation, land conflict in tribal areas, and severe disturbance to the region’s ecosystem. Environmentalists warned the government to take lessons from Malaysia and Indonesia on how the oil palm plantation compromised the local environment and human rights.

Agatha Sangama, a tribal member of parliament from the northeast, wrote to Modi, saying, “concern is generated when one peeks into the finer details of the program.”

“The plantation areas selected are the north-eastern region and the Andaman Islands, both of which are biodiversity hotspots and ecologically fragile,” Agatha’s letter to Modi states.

She said such a massive push would ruin the natural forest belonging to the local tribes. The country’s northeast region is governed by the sixth schedule of the constitutions, which empowers the indigenous people over their land and resources.

“Besides causing large scale of deforestation of rainforests in the region, it would invite conflict between private companies and ethnic tribes as private companies are going to control their land indirectly,” T.R. Shankar Raman of Nature Conservation Foundation, a non-profit organization engaged in nature conservation work, told Zenger News.

Raman said the mission would promote captive plantation. A company will provide farmers of a district with subsidized seeds, pesticides, expert laborers to manage plantations and procurements.

“Through these processes, a company will have indirect control over their land,” Raman said.

Oil palm is a water-guzzling crop. India’s northeast receives enough rain, but there are dry months in which rural and urban areas face water shortages.

His study with Jaydev Mandal, a birder from the northeast region, showed that birds’ population declined when oil palm plantations replaced natural forests in Mizoram.

Still, the IUCN states that a shift from palm oil to other oil crops is “no solution as it may lead to further biodiversity loss”. Oil palm produces up to nine times more oil per unit area than other major oil crops.

“In Indonesia and Malaysia, the oil palm cultivation land is getting saturated, and the international lobby is looking for new avenues.”