The Menashe in northern India have preserved the Jewish tradition across 27 centuries of exile. 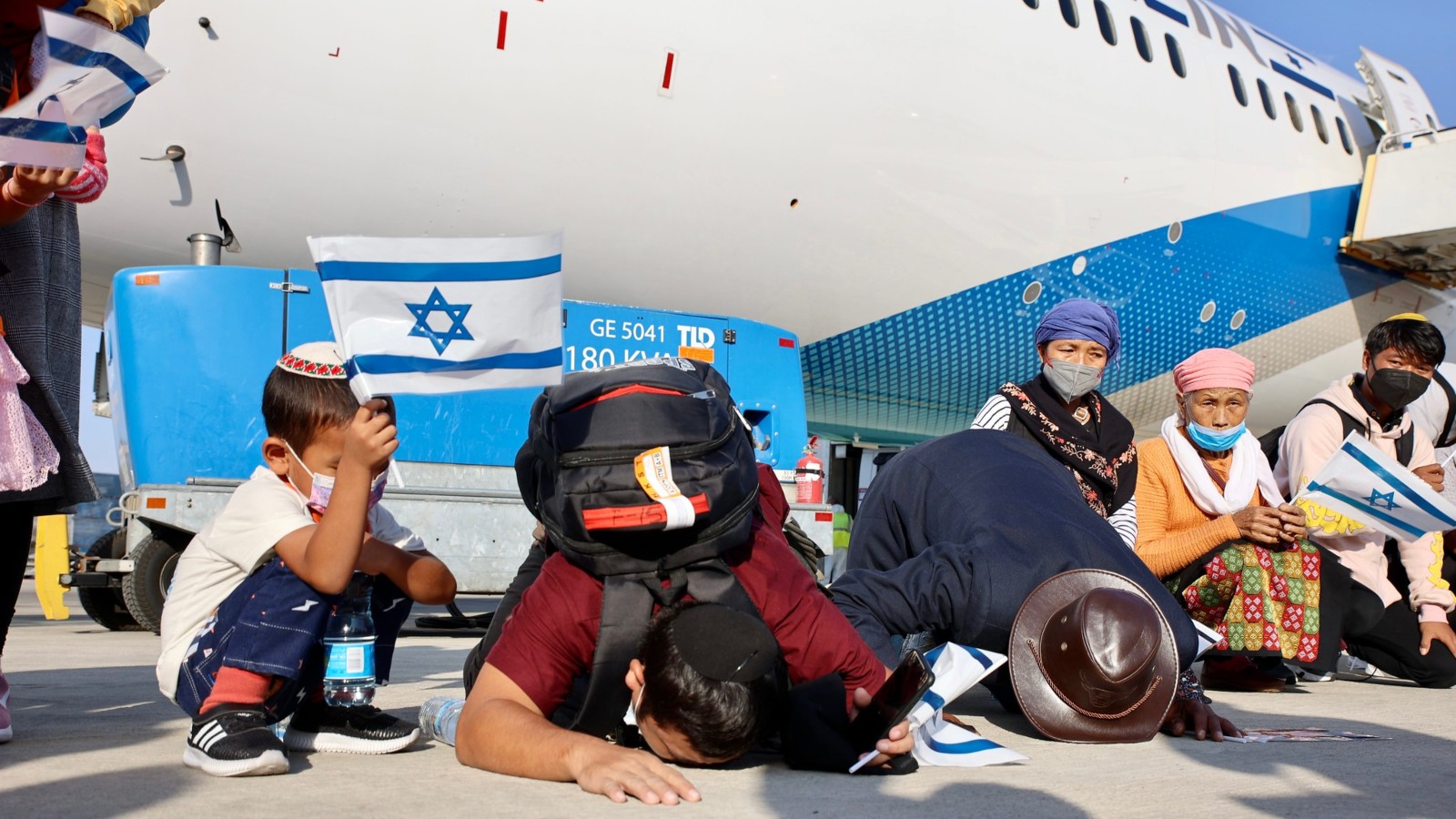 Descendants of the lost biblical tribe of Menashe, hailing from Manipur in northeast India, have preserved the Jewish tradition across 27 centuries of exile.

On Oct. 13, more than 200 immigrants from the Bnei Menashe community landed in Israel after years of waiting to come home.

The ancestors of the Bnei Menashe were part of the Assyrian exile. These families wandered through Central Asia and the Far East for centuries before settling in what is now northeastern India, along the borders of Burma and Bangladesh.

The latest group of Bnei Menashe to arrive in Israel was assisted by Minister of Aliyah and Integration Pnina Tamano-Shata and the Jerusalem-based Shavei Israel organization, following months of preparation in cooperation with The Jewish Agency for Israel.

Michael Freund, chairman of Shavei Israel, said more than 4,000 Bnei Menashe already live in Israel and have been integrated in the Israel society successfully.

“We still must not forget that 6,500 members of the community are still waiting in India and longing for the moment when they too will be able to come to Israel, and it is our duty to do everything we can to make this happen,” Freund said.

Tamano-Shata welcomed the newcomers. “It’s good that you are at home. For years you dreamed about returning to Zion and now we have managed to make the dream come true,” she said.

“According to the policy I lead in the ministry, we work to bring Jews to Israel from all countries of the world, regardless of race, gender, origin or income level.”

“The Bnei Menashe (sons of Manasseh) claim descent from one of the Ten Lost Tribes of Israel, who were sent into exile by the Assyrian Empire more than 27 centuries ago,” the Shavei Israel website says. “Throughout their sojourn in exile, the Bnei Menashe continued to practice Judaism just as their ancestors did.”

In the late 1970s, the Observer Research Foundation reported in 2020, “a few individuals from a small group located in North East India, began to research the origins of their religious traditions and their ancestry. Their research led them to discover an ancestral connection to Israel. This particular group, known as Bnei Menschen or ‘sons of Menashe’ are believed to be the descendants from the lost tribe of Menashe.

“In the early 1980s, members of the group made contact with an organization in Israel expressing an interest in returning to their ancient homeland.

“On request of this tribe, the chief Rabbis of Israel investigated these people and found that they still observe Shabbat, maintain Kosher dietary laws, celebrate biblical fests, marry within their tribe and are clinging for a hope of returning one day to the land of Israel.

“After almost two decades of their recognition as ‘Jews’ from one of the lost tribes of Israel, they are still struggling to be accepted fully as members of the mainstream Israeli society.”

«Previous Post
A Social-Media Intelligence Report Just For Crypto Traders»Next Post
What Next For The Dead Sea?