Man faces charges after neighbors filmed him showing off in the street. 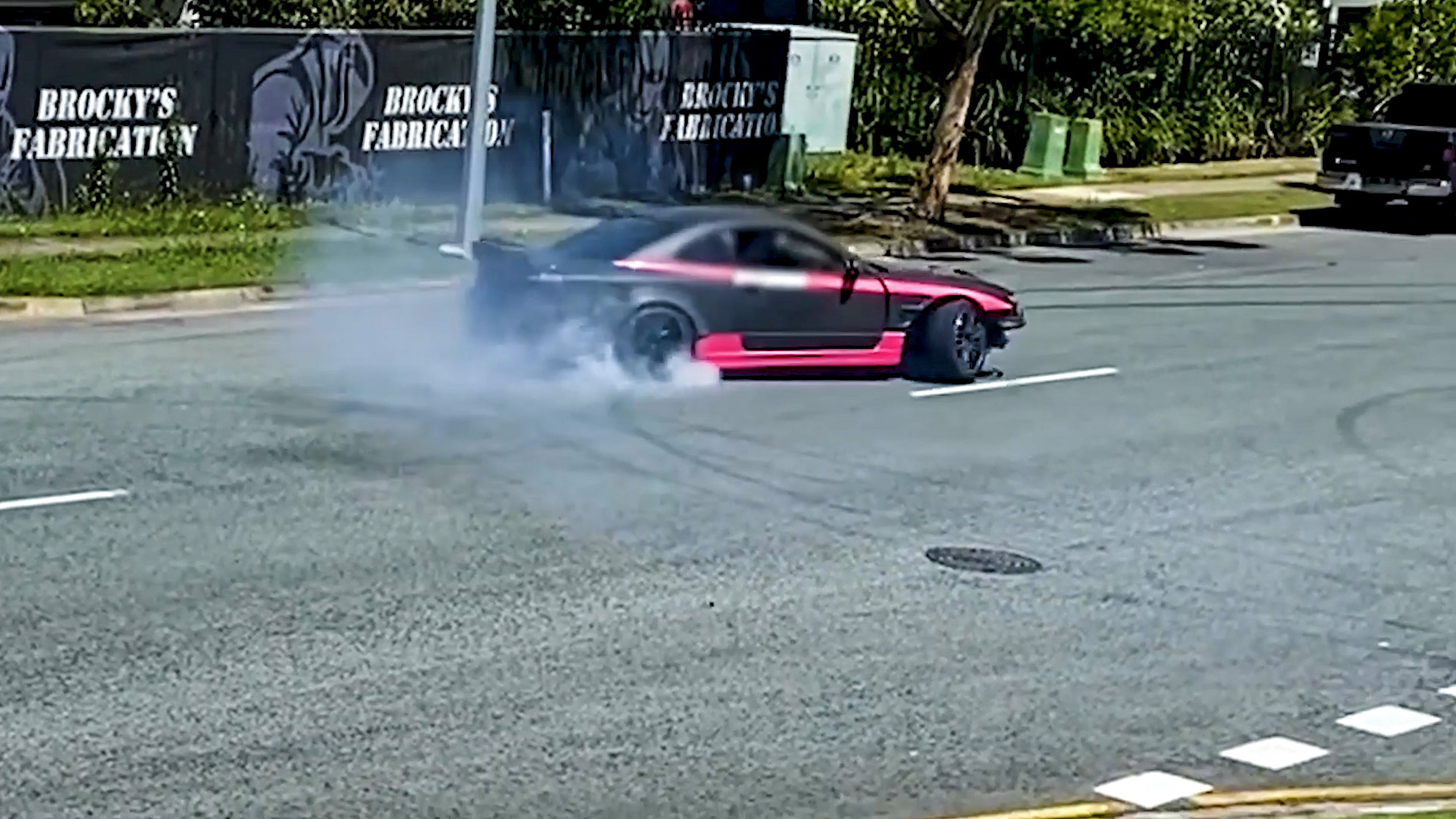 A driver was caught on video doing multiple burnouts in an industrial area in Caloundra, Queensland, Australia, on Oct. 16. (Queensland Police/Zenger)

A man caught on video doing “donuts” in his sports car faces charges after spinning out on a street in Caloundra, Queensland, Australia, on Oct. 16.

The 39-year-old man, who is not named, faces one count of dangerous operation of a vehicle and willful damage, according to Queensland police.

The Queensland Police Service said it was “the first time a person has been charged on the Sunshine Coast under new anti-hooning legislation passed in April. [“Hooning” in Australia is anti-social and dangerous driving behavior].

“The laws were strengthened to hold the registered owner of a vehicle responsible for any hooning activity carried out in that vehicle.

“The legislation makes it easier for police to take enforcement action against mass gatherings of hoons,” Queensland police said. “This means if the owner of a vehicle claims they weren’t driving at the time of the offense, it will be up to them to prove it.”

The Queensland Police Service posted video on social media with the message: “A man has been charged and had his car seized after allegedly performing multiple burnouts in an industrial area at Caloundra over the weekend.”

The man was filmed by residents performing tricks and “burnouts,” allegedly damaging the road in the process.

The police opened an investigation and identified a local suspect. A search warrant was issued and police seized the vehicle believed to have been filmed performing the burnouts.

The man who is accused of being the driver is due to appear in Maroochydore Magistrates Court on Nov. 1.

The Queensland Police Service said: “It will be alleged that on Oct. 16 a Nissan coupe was witnessed being driven dangerously at high speed along Claude Boyd Parade.

“The vehicle was also filmed conducting numerous burnouts, causing damage to the road.

“Ongoing investigations by officers from the Sunshine Coast Highway Patrol group resulted in a search warrant being executed at a nearby Caloundra address. The Nissan was located on the premises and seized.”

In Australia overall: “Over the decade to 2020, [road] fatalities decreased from approximately 1,300 per year to 1,100 per year. The trend was not consistent, but the total reduction amounted to 13.4 percent. The years 2012 and 2016 were peaks, and 2014 and 2020 were lows,” according to the Department of Infrastructure, Transport, Regional Development and Communications.

“The rate of annual fatalities per 100,000 population declined by a total of 24.7 percent over the decade. All jurisdictions showed reductions in this rate.

“Road crash injury data (latest is 2018) showed an increase of 11.3 percent over the previous five years. The rate per 100,000 population for injuries is 35 times higher than that for deaths.”