Talking Miracle: How Zapping The Brain Can Help Seniors Walk And Talk At Same Time 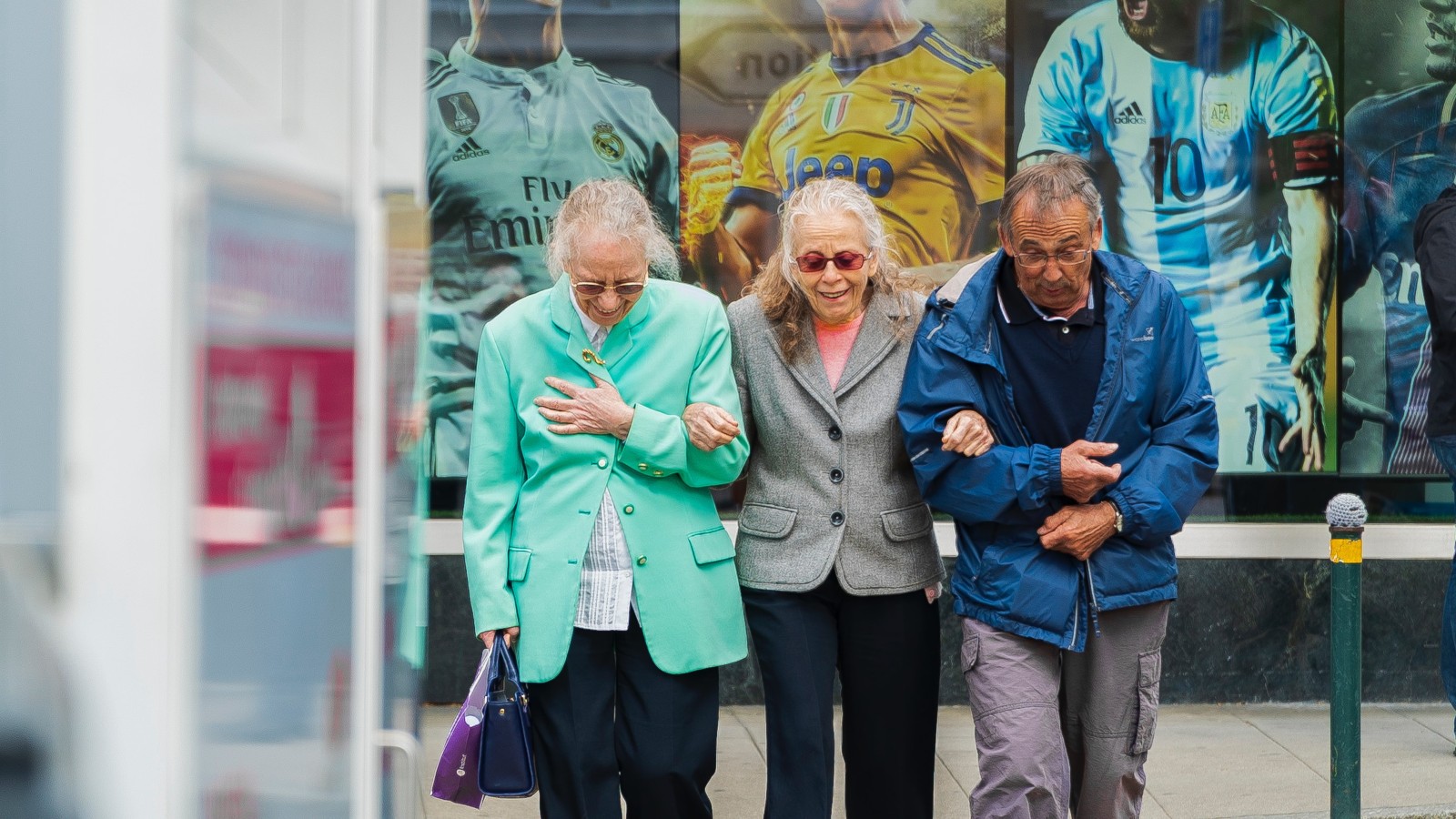 The researchers said their methodology is gentle enough to be done at home. (Philippe Leone/Unsplash)

Walking and talking while chewing gum — it sounds like the start to a bad joke, but for older adults with mobility challenges, it’s no laughing matter.

“We know that among older people, difficulties performing another task while walking or standing reflect an existing and/or a potential problem concerning both functions, as well as an increased risk of falling,” said professor Jeffrey Hausdorff of Tel Aviv University’s Sackler Faculty of Medicine.

Hausdorff and a team from Tel Aviv University, the Tel Aviv Sourasky Medical Center and Harvard Medical School have discovered that gentle stimulation of the dorsal lateral prefrontal cortex (the brain area responsible for dividing attention and executive functions) can reduce the negative impact of standing or walking while at the same time completing an additional cognitive task such as talking on the telephone.

The study included 57 subjects over the age of 70. Each treatment included noninvasive transcranial direct stimulation, using a very low-intensity electric current, for 20 minutes.

Immediately upon the conclusion of the treatment, the walking and standing sway of each subject were evaluated, with and without requests to perform a cognitive task at the same time.

“Dual tasking that involves walking while simultaneously carrying out a cognitive task, like talking on a cellphone or with a companion, occurs frequently throughout the day,” Hausdorff said. “The concurrent performance of two tasks requires the ability to split attention.”

The researchers hope that their methodology — which is gentle enough to be done at home — will improve seniors’ ability “to perform both tasks simultaneously in a safer manner.”

“We foresee the possibility of combining this type of therapy with exercise and other modes of intervention that can help to improve walking, to enhance thinking, and to reduce the risk of falls. There is evidence that combined therapy could prove to be the most effective solution,” Hausdorff explained.

The research was funded by a grant from the US-Israel Binational Science Foundation. The results were published in The Annals of Neurology, the peer-reviewed journal of the American Neurological Association.