Far Trek: NASA’s Lucy Probe On 12-Year Mission To Unlock The Secrets Of The Solar System

Investigation of ancient asteroids near Jupiter could reveal how our solar system began. 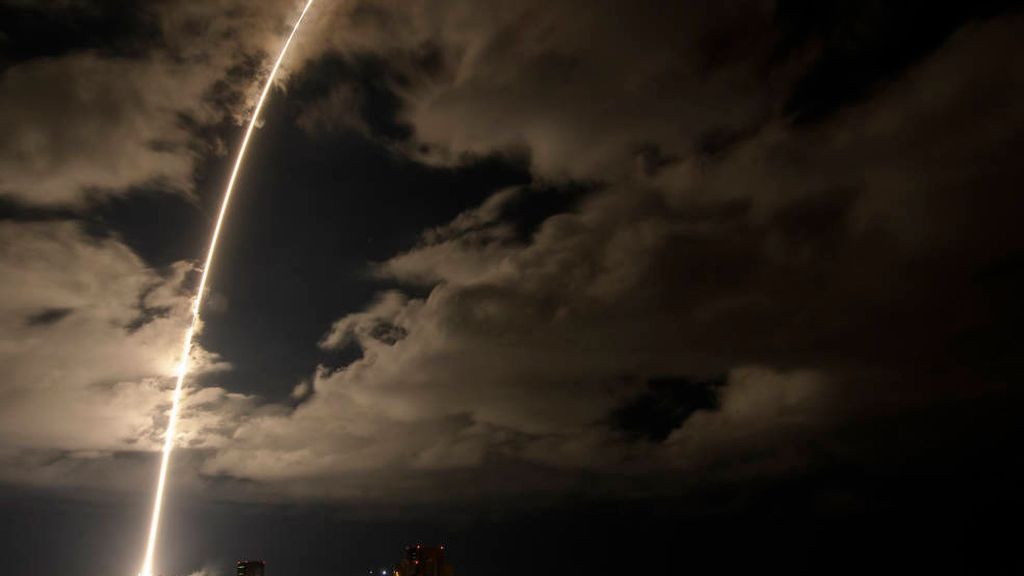 A United Launch Alliance Atlas V rocket with the Lucy spacecraft aboard is seen in this 2-minute and 30-second exposure photograph as it launches from Space Launch Complex 41 at Cape Canaveral Space Force Station in Florida on Oct. 16, 2021. (NASA, Bill Ingalls/Zenger)

NASA’s Lucy spacecraft has blasted off on a 12-year-long journey to explore eight asteroids described as “fossils” of our solar system’s formation with a bit of Beatles music along for the ride.

Lucy took off on a United Launch Alliance Atlas V rocket from Cape Canaveral in Florida on Oct. 16.

Lucy will cover a lot of space, flying by one main-belt asteroid and seven Trojan asteroids, making it NASA’s first single-spacecraft mission to explore so many different asteroids. Trojan asteroids share Jupiter’s orbit around the sun.

Lucy gets its name from the 3.2-million-year-old skeletal remains found in Ethiopia. In that case, “Lucy” was taken from a 1967 Beatles song, “Lucy in the Sky with Diamonds.” Naturally, NASA sent the spacecraft far into the sky to the sounds of the band’s music.

“Lucy embodies NASA’s enduring quest to push out into the cosmos for the sake of exploration and science, to better understand the universe and our place within it,” Bill Nelson,  the NASA administrator, said in a statement on the day of the launch.

“I can’t wait to see what mysteries the mission uncovers,” he said.

“A true mission of discovery, Lucy is rich with opportunity to learn more about these mysterious Trojan asteroids and better understand the formation and evolution of the early solar system,” Thomas Zurbuchen, associate administrator for the Science Mission Directorate at NASA’s headquarters in Washington, said.

A couple of hours after the launch, Lucy detached from the second stage of the United Launch Alliance V 401 rocket. The two 24-foot-wide solar arrays unfurled approximately 30 minutes later and began charging the spacecraft’s batteries.

“It will still be several years before we get to the first Trojan asteroid, but these objects are worth the wait and all the effort because of their immense scientific value. They are like diamonds in the sky,” said Hal Levison, Lucy principal investigator at the Southwest Research Institute, a research and development firm involved in the mission.

“This launch has been long in the making,” he said, noting that work on the Lucy mission began in early 2014.

The spacecraft will undergo its first Earth gravity assist in 2022, which will direct Lucy’s trajectory beyond the orbit of Mars.

Lucy will then swing back toward Earth for a second gravity assist in 2024. This one will propel the spacecraft toward the Donaldjohanson asteroid in 2025.

Finally, Lucy will head for its first Trojan asteroid encounter. After completing its first four targeted flybys, it will head back to Earth for its third gravity boost in 2031, which will catapult it toward the trailing swarm of Trojans by 2033.