The Bicentennial Understanding will replace the Merida Initiative, active since 2008. 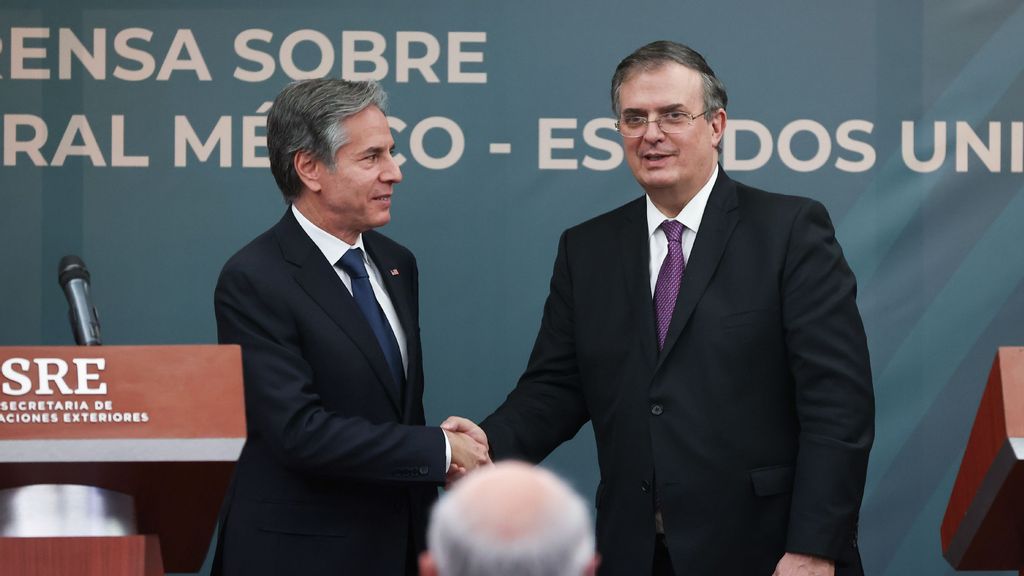 National security, drug trafficking and organized crime are controversial issues that Mexico and the United States have to address jointly, and the process usually raises questions about sovereignty and transnational crime.

After 13 years of cooperation under the Merida Initiative, both governments agreed on Oct. 8 to draw up a new joint plan to tackle these problems.

The Bicentennial Understanding comes after 15 years of escalating violence in Mexico and accusations that criminal groups in the country carry weapons trafficked from the United States.

Merida Initiative comes to an end

Former presidents George W. Bush, on behalf of the U.S., and Felipe Calderón, on behalf of Mexico, signed in 2007 the so-called Merida Initiative, a bilateral security agreement initially designed to last three years. It has continued to the present, however, and has received more than $3 billion in funding from the U.S. government.

Despite its longevity, the Merida Initiative has had many critics over the years. Taking into account Mexico’s growing violence rate, its detractors wouldn’t call it a success.

“The Merida Initiative was, formally, a bilateral agreement. However, it was really a U.S. unilateral initiative, intending to insert its security priorities on the Mexican agenda,” Fabián R. Gómez, a graduate in public security and specialist in Mexican national security, told Zenger.

“Its objective was to fight head-on against organized crime, transnational threats that could jeopardize the U.S. national security and drug trafficking,” he said.

“Some consider the Merida Initiative a failure because it did not reduce violence or criminal activity in Mexico. On the contrary, the number of homicides and organized criminal groups increased, but now they have a smaller scale,” said Gómez.

Although the U.S. met its goal of neutralizing the most prominent drug lords, Mexico suffered a violence escalation that continues to this day.

According to World Bank data, in 2007, Mexico reached the lowest number of intentional homicides per 100,000 inhabitants since 1990, with 8,122. After the Merida Initiative’s implementation with its frontal fight against drug trafficking, the rate increased exponentially. At the end of Felipe Calderón’s administration, in 2012, and after his so-called ‘war on drugs,’ there were 22,142 homicides per 100,000 inhabitants. The figure escalated and, in 2018, by the end of Enrique Peña Nieto’s administration, it reached 29,071.

Arms trafficking from the U.S. to Mexico increased in parallel, contributing to the rising violence caused by organized crime and drug trafficking. The U.S. Bureau of Alcohol, Tobacco, Firearms and Explosives (ATF) designed and executed the 2009 Operation Fast and Furious, which allowed traffickers to buy weapons in America and bring them into Mexico, to track them until they reached the drug cartels.

When someone used one of these weapons to assassinate a U.S. Customs and Border Protection agent in 2010, ATF agent John Dodson publicly denounced the operation, sparking a scandal that reached the Barack Obama administration. Mexican President Andrés Manuel López Obrador’s office requested information on the topic from the United States in 2020, claiming that the operation had violated Mexico’s sovereignty.

U.S. Secretary of State Antony Blinken, Attorney General Merrick B. Garland, and Secretary of Homeland Security Alejandro Mayorkas attended the Oct. 8 meeting, where Mexican and U.S. officials recognized the need for a new agreement acknowledging both countries’ interests and objectives.

“Through the High-Level Security Dialogue, we are unlocking the full potential of our partnership. As demonstrated today, both the United States and Mexico are committed to cooperating to best protect our citizens, prevent trans-border crime, and pursue criminal networks,” Blinken posted on Twitter.

Through the High-Level Security Dialogue we are unlocking the full potential of our partnership. As demonstrated today, both the United States and Mexico are committed to cooperating to best protect our citizens, prevent transborder crime, and pursue criminal networks. pic.twitter.com/K4EiRJK5IZ

“The Bicentennial Understanding, from the outset, breaks a paradigm. It is no longer a unilateral declaration by the U.S. disguised as a bilateral agreement. The Mexican government has also raised its interests at the table. So, it has a common agenda,” said Gómez.

The meeting’s memorandum proposes changing the focus of the war on drugs. Instead of aiming to capture cartel heads, the goals of the new comprehensive framework, as defined by Blinken, will be to promote community development, create opportunities for young people and fight consumption.

In addition to preventing drug use, the new agreement proposes reviewing the policies targeting drug users. According to the meeting’s memorandum, the current approach is based on substance prohibition and user criminalization, but it has proven ineffective.

“The Mexican government’s vision is no longer to go for the big bosses, but their social base. It wants to take away from them the citizen base which is in one way or another immersed in crime because they lack opportunities or live in conflict zones and are forced to cover up criminal groups,” said Gómez.

Not all opinions on the Bicentennial Understanding are favorable.

“This is the same Mérida Initiative with another name,” Miguel Orozco, a member of the Institutional Revolutionary Party (PRI), told Zenger. His party ruled Mexico uninterrupted from 1929 to 2000 and has been the opposition during the Vicente Fox (PAN), Felipe Calderón (PAN) and Andrés Manuel López Obrador (Morena) administrations.

“López Obrador makes the same mistake for which he criticized Calderón so much. Just as happened with the latter’s administration, it [the new agreement] will bring more violence to Mexico,” Orozco said.

Broadly speaking, the agreement’s changes appear to move in the right direction. However, international experts question both governments’ will to enforce it. Agustín Barrios Gómez, a founding member of the Mexican International Affairs Council, believes both governments are attempting to save face by pretending to work on the new agreement.

“The United States’ stability and national security depend directly on a cooperative and stable Mexico. … The Biden administration does not want to produce a harsher scenario since a non-collaborative Mexican government would be a big problem for Washington,” Barrios Gómez told Zenger.

“What the Biden administration wants to do is damage control. … The true battles for the U.S. government are the midterm elections, where it will face a Republican Party with an identity crisis, and Mexico’s presidential election once López Obrador’s term ends,” he said.

In that sense, the Bicentennial Understanding appears to be a palliative measure. Announcing it “doesn’t mean anything. It does not have an assigned budget; it does not establish cooperation routes beyond the highest officials [of the enforcement agencies], which already existed. … The reality is that it is not a true [agreement] because there is no mechanism to implement it. But at least there is a label that they [both governments] can point to and show that they are working on a cooperation agreement,” he said.

Gómez also believes it is too early to draw conclusions. “It is very premature to speak of the Bicentennial Understanding. We are only seeing the countries’ first proposals, and we have a long way to go. This is going to be a top-level diplomatic issue like we have never seen before. For the first time in history, Mexico is being viewed as a mature country that is going to put its cards on the table and not simply follow the U.S. orders,” he said.

“Crime is a multidimensional phenomenon. As long as we do not understand that there are different fronts — prevention, addiction treatment, social inclusion and the creation of alternatives for people who engage in crime — frontal combat is useless,” he said.

Another Summer Sizzler Expected In Europe