Artificial Intelligence does the thinking for amputees, allowing them to walk 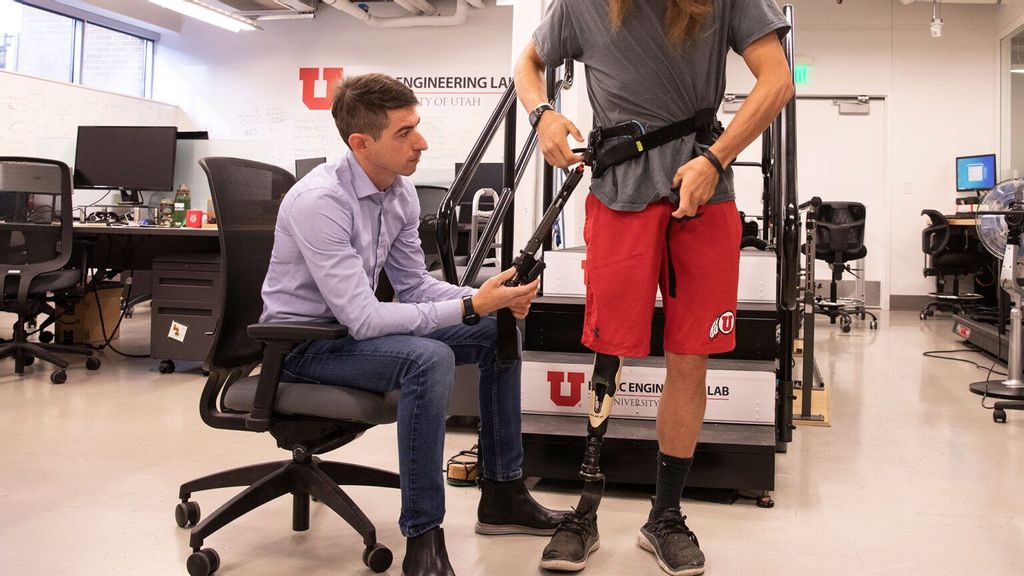 A 74-year-old man who lost his left leg in an accident “felt like a big wind was behind” him, “pushing” him down the road as he walked with the help of an experimental exoskeleton that controls itself with artificial intelligence (AI).

Stan Schaar was one of a half-dozen lower-limb amputees participating in a study by a University of Utah team led by Professor Tommaso Lenzi at the Bionic Engineering Lab. Using strong battery-powered electric motors and embedded microprocessors, the exoskeleton wraps around the wearer’s legs, giving an amputee a chance to walk with less effort.

Amputation above the knee involves removing leg muscles during surgery, thereby reducing mobility and quality of life of amputees. “The consequence of this, even though you have the ability to move your hip, is your abilities in walking are quite impaired,” Lenzi said, adding that strength and range of motion are also affected.

Because prosthetic legs cannot replicate a human leg entirely, above-knee amputees must make greater exertion while using their remaining limb and muscles to compensate. Featuring a lightweight electromechanical actuator connected to the user’s thigh above the amputation, Lenzi team’s device aims to make walking feel natural. The device, which weighs a little more than five pounds, is composed of carbon-fiber, plastic composites and aluminum.

Electronics, microcontrollers and sensors use advanced control algorithms in the exoskeleton’s AI to assist “how the person moves,” study co-author Dante Archangeli said. The actuator can be swapped between the right and left of the waist harness for either leg and can restore much of the wearer’s sensation of walking on two healthy legs.

Unlike the powered suits of Hollywood movies, the exoskeleton just gives the user enough extra power for walking. Lenzi likened it to motorized bicycles that give riders help pedaling uphill. “It’s equivalent to taking off a 26-pound backpack. That is a really big improvement,” Lenzi said. With the exoskeleton, users’ metabolic rate is nearly identical to that of an able-bodied person.

Amputee Schaar said using the exoskeleton felt similar to his human leg. On first use, he felt as if his muscles were fused to the exoskeleton, helping him to relax and move forward. “I could probably walk for miles with this thing on because it was helping my muscles move,” Schaar said.

Lenzi said the exoskeleton may be on the market in two years. A grant from the U.S. Department of Defense funded its development for military veterans, and Lenzi received another grant earlier this year from the National Science Foundation for improvements to the device.