VIDEO: I Can’t Bear This Cold Weather: Brown Bear Gets Ready For Hibernation

Finding the right spot for winter rest takes a bit of time on a glacier. 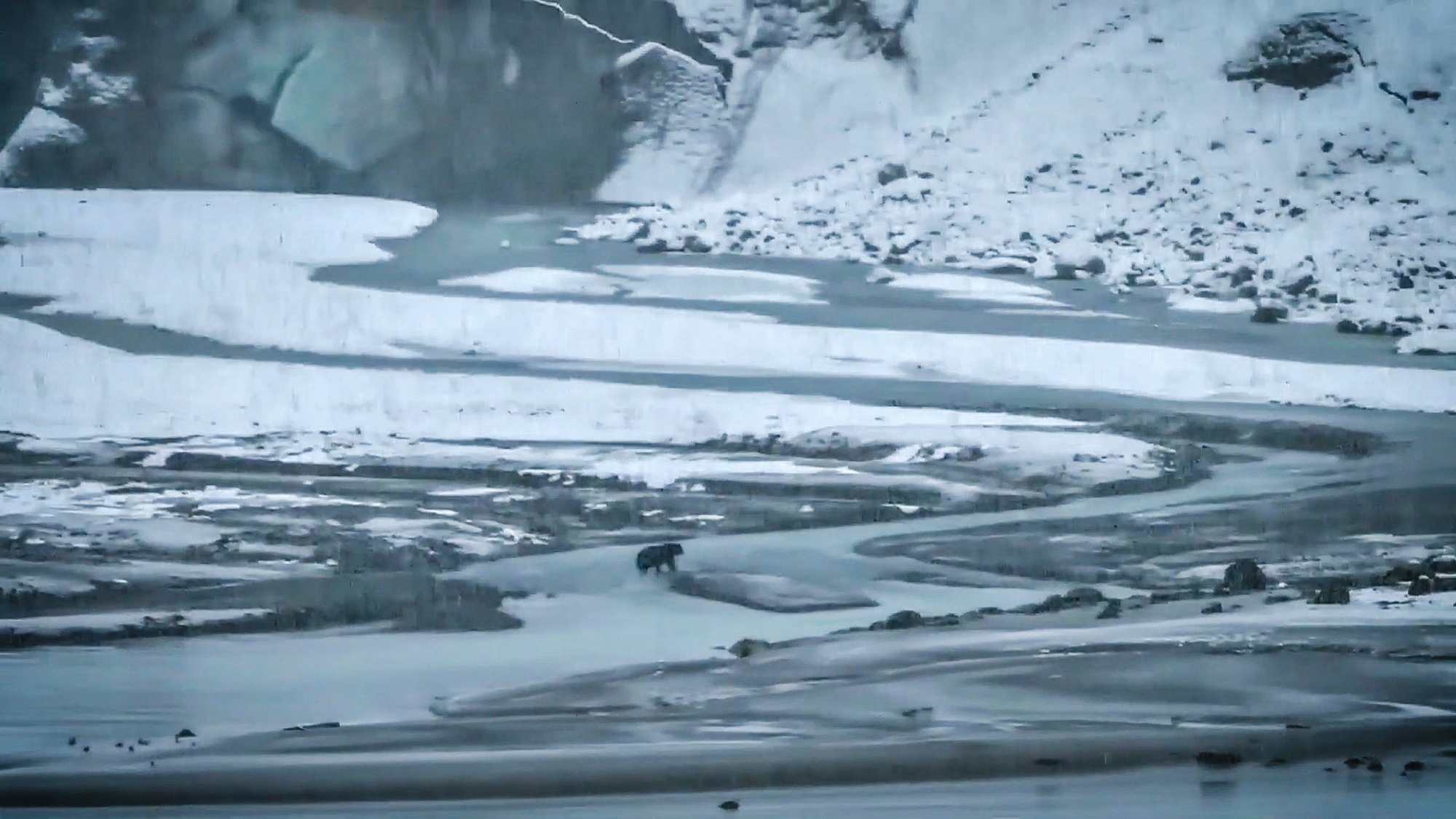 A brown bear is spotted from a cruise ship as he strolls across a snow-covered Alaskan landscape in front of an 8-mile-long glacier as hibernation season approaches.

The scene was captured on video the Glacier Bay National Park in front of Lamplugh Glacier on Oct. 12.

After the sighting, Glacier Bay National Park and Preserve announced “winter has arrived.”

In the video, the brown bear is easily visible against the white backdrop of snow and glacier.

Glacier Bay National Park and Preserve posted the video on Facebook on Oct. 14 with the message: “Winter has arrived in Glacier Bay! A brown bear was easily spotted walking amongst the icebergs and snow covered terrain in front of Lamplugh Glacier.

“At park headquarters in Bartlett Cove, we’ve yet to see a snowflake, but only 50 miles north in glacier country, snow and ice abound.”

The park said “heavy snow distorts the distant bear as it walks from left to right through the scene” after walking across “snow-covered land strewn with icebergs in front of Lamplugh Glacier.”

Brown bears hibernate between October and December. They typically dig a den that they may use for a number of consecutive years. They also hibernate in natural caves or rock fissures. They may cushion their dens with items such as moss, grass, leaves and ferns as the cold weather sets in.

“Most brown bears spend the winter hibernating in dens to avoid the cold weather and lack of abundant food sources,” the National Park Service website says. “During their winter slumber, bears’ bodies drop in body temperature, pulse rate, and respiration. Their bodies use the fat they stored in the summer as energy.

“Brown bears in the coldest parts of Alaska hibernate through the winter. Hibernation can last from five to eight months. Most bears hibernate, but bears in warmer areas, like Kodiak Island off Kenai Fjords National Park, may remain active throughout winter.

“During the winter denning period, pregnant Alaskan brown bears give birth. Like the Yellowstone grizzly, Alaskan brown bear cubs spend the rest of winter nursing and gaining weight to prepare to leave the den in the spring. Bears emerge from their dens in April or May.”

On June 28, 2016, a nearly 4,000-foot mountainside collapsed, causing a huge landslide that dropped millions of tons of rock and debris on Lamplugh Glacier. The landslide also left a 30-foot-long debris field on the surface.