The boys’ case is rare, as they were assumed to be identical. 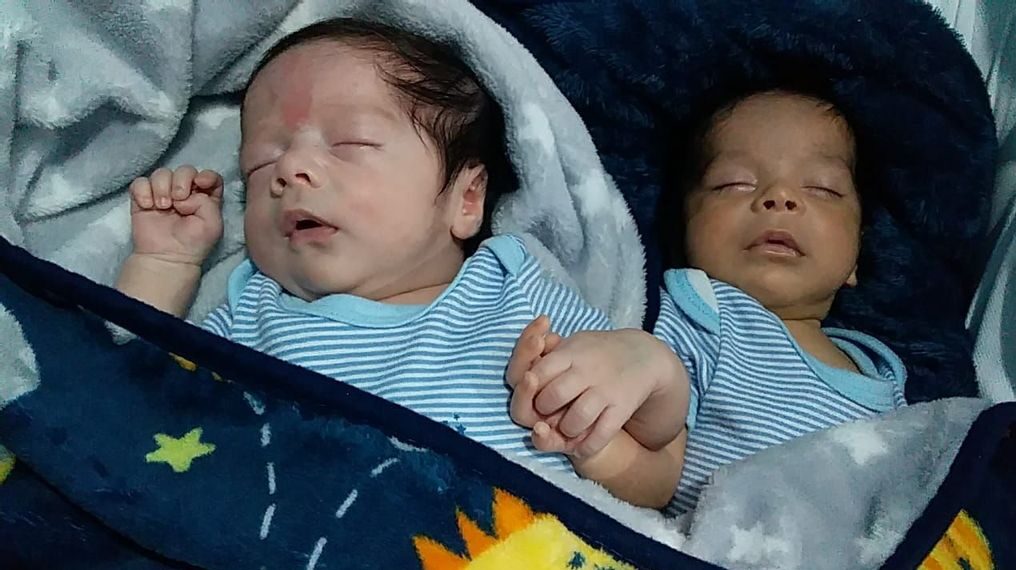 The case of twins Ever Arturo (left) and Luis Fernando (right), who have different skin tone, is a rare phenomenon. (Courtesy of Arturo Vázquez)

Ever Arturo and Luis Fernando are almost identical twins. They were born on Aug. 28, 2021, one minute apart. But they have one unusual and rare trait — while Ever has light skin, Luis has a darker one.

Arturo Vázquez and Diana Serrano, a young couple from Culiacán, Sinaloa, Mexico, were looking forward to the birth, but surprised when they first saw their children.

“The twins were supposed to be identical, both in features and skin tone. At first, I did not give the issue much importance. Maybe their skin tone changes after the first hours, I thought,” Vázquez told Zenger.

“The doctor had told us it was a very rare twin pregnancy. He said they came in two different amniotic sacs, but shared a single placenta. In the 4D ultrasound, we saw that both twins had identical features. They also had more or less of the same weight at birth. We knew it was a different pregnancy, but we didn’t know that they were going to have different skin tones,” Serrano said.

There are different types of twin pregnancies, said Juan Velázquez, an obstetrician chemist caring for the couple at Hospital Angeles in Culiacán.

Monozygotic twins are the result of a division in the fertilized egg. In contrast, dizygotic twins come from two eggs fertilized by two sperms in the same pregnancy, producing two fetuses with different characteristics.

“We have to reproduce, but this is like a clone of procreation. That’s what these babies are. The fact that the zygote clones itself is called the bipartite factor, which is believed to be present in all pregnancies. What activates it is a mystery because these babies’ [particularity] is not associated with genetics. It is a sporadic case, fortuitous,” he told Zenger.

Both babies share certain traits of monozygotic and dizygotic twins. Doctors do not know yet whether they are a case of the former or the latter. But a genetic matching test would help clear up doubts, said Velázquez.

“I believe they are monozygotic because they are same-sex twins. These guys have [the] same genetic material, but they have a variant: while one has dark skin, the other is white,” she said.

After 35.6 weeks of a high-risk pregnancy, the twins were delivered through Cesarean section.

The children’s skin tone became less important when the parents discovered that one baby had a medical complication. Ever Arturo, the light-skinned twin, caught a lung infection after breaking his amniotic sac. He was taken to another clinic, where he remained hospitalized for 26 days, 17 on an artificial ventilator.

“A baby with an iron lung has a serious condition. Doctors tell us he is receiving all the attention [he needs], but they cannot guarantee he will make it. At any moment, he might not resist,” Serrano said. At present, Ever is out of danger.

Both Vázquez and Serrano are enjoying their first children as a couple. They have five more children from previous relationships.

“I feel very happy and motivated. When you have a baby, you feel motivated. But when you have two, you feel more driven to tenderness.” said Vázquez. “You want to hug them, buy them the same things: two little suits, two pairs of shoes, etc.”

“It caught my attention that there are records of similar cases in other countries. We did not want Mexico to be left behind,” he said.