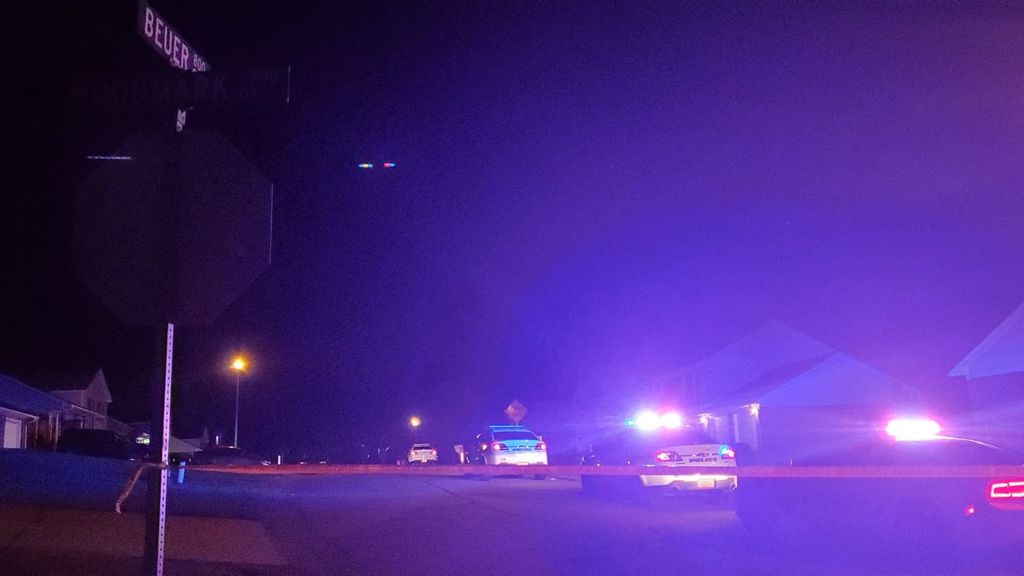 The neighborhood in Fayetteville, North Carolina, where Chante Roshell Oates allegedly hit her grandmother and a female police officer with her vehicle. (Fayetteville Police/Zenger)

A 24-year-old woman is facing several felony charges after allegedly hitting her grandmother with her car while drunk behind the wheel and also dragging a police officer down the street, injuring her, police in Fayetteville, North Carolina said.

The Fayetteville Police Department (FPD) released images showing the suspect and the scene of the incident along with a statement that identified the suspect as Chante Roshell Oates.

Police said they were first dispatched to the scene after receiving a hit-and-run report that involved a car ramming into the garage doors of the house of Oates’ grandmother, who was slightly injured during that confrontation. (The reason for the dispute was not disclosed by police.)

When officers arrived, the car in question had already left the scene — only to return moments later.

Authorities said the female police officer, whose identity was not disclosed, was hit by the car when she attempted to confront Oates. The officer was then dragged about 50 feet down the road by the suspect’s vehicle before getting freed, the police said.

The injured police officer was taken to hospital by medics that had responded to the incident. She was treated and subsequently released.

Oates then led police on a 12-mile chase that ended with her surrender in downtown Fayetteville. No one was reported injured during the course of that chase, which ran through several highly trafficked areas, including a regional shopping mall.

The police have not yet disclosed how they determined that the suspect was driving while impaired.

The investigation into the incident by the Fayetteville Police Department’s Aggravated Assault Unit is continuing.

Police chases like the one in Fayetteville are an ongoing source of controversy, raising questions abut how safe other drivers and adjoining residents and properties are during such pursuits. A study by the Bureau of Justice Statistics found that from 1996 to 2015, an average of 355 persons (about 1 per day) were killed annually in police pursuit-related crashes in America.