Five newborns are thriving at the Smithsonian Conservation Biology Institution, which helps to sustain the cheetah population. 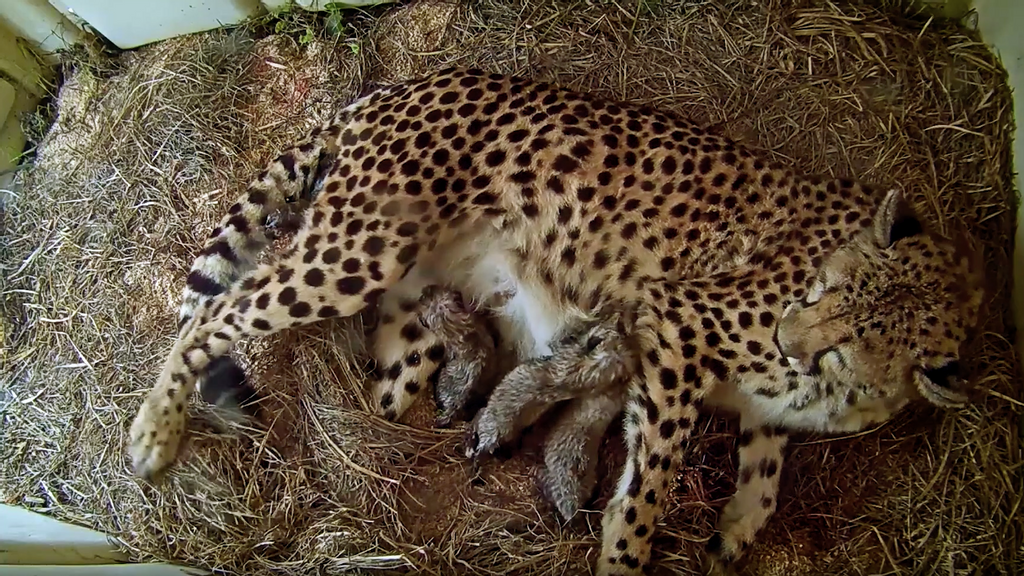 A mother cheetah gave birth to five cubs at the Smithsonian’s National Zoo and Conservation Biology Institute in Washington, D.C.

The zoo explained that “since 2007, 16 litters of cheetah cubs have been born at SCBI. Ten-year-old Nick, who was the first cheetah born at SCBI, sired this litter.”

In the wild, the species live up to 14 years; in captivity they can live up to 20, weighting 77 to 137 pounds, according to National Geographic.

The zoo said: “Animal care staff will leave Rosalie to bond with and care for her cubs without interference, so it may be some time before they can determine the cubs’ sexes. Keepers will perform a health check on the cubs when Rosalie is comfortable leaving them for an extended period of time.”

The Smithsonian National Zoo also posted a statement on its website welcoming the new cubs.

Adrienne Crosier, cheetah reproductive biologist at the Smithsonian Conservation Biology Institute and head of the Association of Zoos and Aquariums’ Cheetah Species Survival Plan, said: “Seeing Rosalie successfully care for this litter — her first — with confidence is very rewarding.

“Being able to witness the first moments of a cheetah’s life is incredibly special. As webcam viewers watch our cheetah family grow, play and explore their surroundings, we hope the experience brings them joy and helps them feel a deeper connection to this vulnerable species,” she said.

The Smithsonian Conservation Biology Institute is a member of the Cheetah Breeding Center Coalition, a group of 10 breeding centers for cheetahs across the U.S. that aims to “create and maintain a sustainable North American cheetah population under human care.”

Cheetahs usually live in rather small, isolated groups, primarily in sub-Saharan Africa. However, due to human interference, which includes poaching and the destruction of the cheetahs’ habitats and natural prey, only 7,000 to 7,500 are still left in the wild, the zoo said.

The cheetah is considered the fastest animal; it can reach speeds of 60 or even 70 miles in seconds, which is faster than a racehorse.

Cheetahs are listed as a vulnerable species on the International Union for Conservation of Nature’s Red List of Endangered Species.