Inside The Digital Campaign That May Allow Italy To Decriminalize Cannabis

Advocates have gathered the half-million signatures needed to call a referendum but still face bureaucratic resistance. 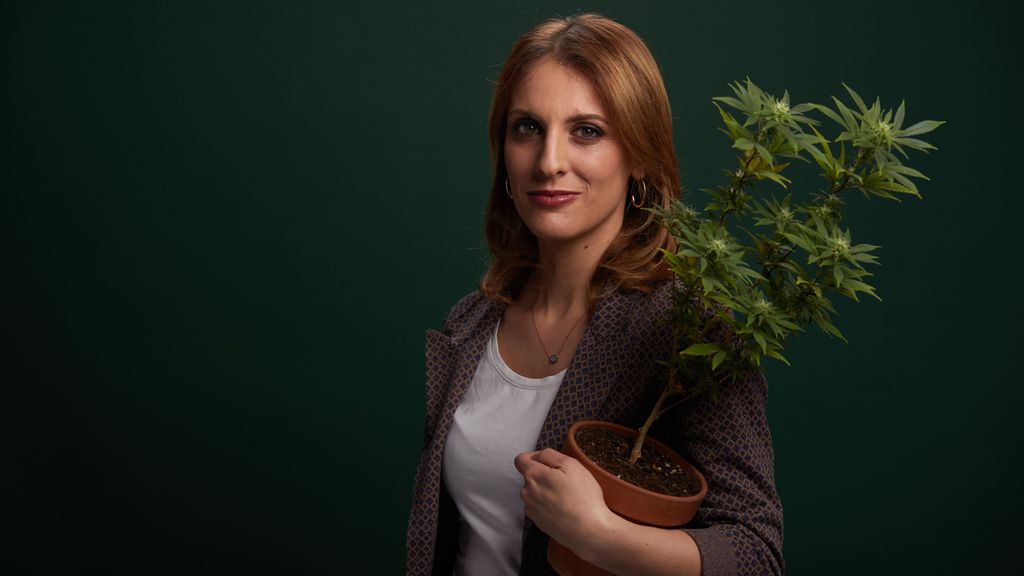 For Marco Perduca, one of the architects of the digital campaign that may push Italy to decriminalize cannabis in 2022, the last few weeks have been quite hectic.

Perduca, a former Radical Party senator and a prominent member of Italian human and civil rights NGO Luca Coscioni Association, is also president of the organizing committee that on Sept. 11 launched an online petition aimed at collecting the 500,000 signatures needed to call a popular referendum in Italy.

For the first time, signatures were collected entirely online.

If the Constitutional Court (the country’s highest court) green lights the proposal, the referendum will ask Italians whether they want to decriminalize private cultivation of cannabis and remove prison sentences for most cannabis-related crimes. The referendum will also seek to erase driving disqualification for drug possession. (Sanctions for driving under the influence would remain in effect.)

The effort, coordinated by Luca Coscioni Association for the freedom of scientific research, along with 60 other groups, drew a major popular response. Advocates collected more than 500,000 signatures in less than a week, well ahead of the Sept. 30 deadline. Typically, proponents may take up to three months to collect at least half a million signatures. This time, the fully digital nature of the campaign led to the target being reached in just a few days.

The practice of signing referendum petitions electronically was introduced in August through an amendment approved by the Italian Parliament. However, the effort was not without challenges.

“Since the costs associated with each signature amounted to approximately 1 euro, the biggest problem was to find enough money to finance the entire process,” Perduca told Zenger. A fundraising campaign, which is still underway, allowed advocates to raise 190,000 euros ($219,000) in 10 days; 50,000 euros ($57,700) came from sponsorships.

Bureaucracy posed a further challenge. The organizing committee was required by law to collect signatories’ voter registration certificates from municipalities by Sept. 30 so that the Supreme Court of Cassation could validate them. Though municipalities had 48 hours to provide the paperwork, the process was hampered by delays.

“We have sued 1,800 municipalities because they didn’t respect the 48-hour deadline,” Perduca said. On Sept. 29, the Italian government included the pro-cannabis referendum proposal among those that qualified for an extended Oct. 31 deadline to complete the process.

“Digital signing has boosted popular participation, but truth is, cannabis is a very sensitive issue for Italian citizens,” said Antonella Soldo, coordinator of a pressure group called Meglio Legale (Better Legal). Half of those who signed the petition are younger than 25, Soldo said. A recent survey commissioned by Better Legal found that 58 percent of Italian citizens favor decriminalizing cannabis.

Advocates believe their proposal would benefit the country in multiple ways.

“Prohibition doesn’t work,” Soldo said. “Although Italy has one of the most repressive drug legislation in Europe, the country has among the highest percentages of underage users.” Thirty-five percent of Italy’s prison population has violated the country’s drug laws, well above the European average, anti-prohibition organization ForumDroghe found.

Nearly six million Italians were cannabis users in 2018, according to the 2021 annual report to Parliament on Drug Addiction. More than 31,300 people were reported to judicial authorities in 2020 for drug-related offenses; 43 percent of those reports were cannabis-related. Italian police confiscated nearly 414,400 cannabis plants in 2020. Overall, the illegal drug market in the country is worth €16.2 billion ($18.7 billion), 39 percent of which comes from cannabis.

They also claim it would stop organized crime from profiting from cannabis trafficking.

Better Legal’s survey found that eight out of 10 Italians support cannabis legalization because it would help deprive organized crime of one of its breeding grounds.

However, Raul Caruso, associate professor of economics of crime at Catholic University in Milan, said the impact of legalization would not be as clear-cut as activists think.

“As opposed to cocaine, cannabis trafficking is not one of the highest-profit activities for criminal organizations. They would certainly suffer a backlash, but not a huge one,” he told Zenger.

Caruso said an illegal market of cannabis, sold at more accessible prices or mixed with other substances, may continue to exist. He also is concerned about the potential long-term costs to Italy’s national healthcare system if cannabis is decriminalized.

“When Italy legalized gambling, it has been estimated that in some regions the costs associated with treating gambling addiction have exceeded the tax income derived from legalization,” he said.

In addition to facing resistance from conservative circles, the pro-decriminalization movement has drawn mixed reactions from Italian politicians. While the Five Star Movement’s founder, Beppe Grillo, was among the politicians who encouraged citizens to support the initiative, Matteo Salvini, the leader of the League party, tweeted that the issue is not among Italy’s political priorities.

“If these are the priorities of PD [Democratic Party] and 5Stelle [Five Star] in government, Italy has a problem,” Salvini tweeted.

The recent campaign is the latest initiative in a decades-long history of anti-prohibition advocacy in Italy. Activists are trying to amend a drug law that was adopted in 1990 to implement the 1988 U.N. Convention on Drugs.

In 1993, a popular referendum to decriminalize possession of drugs for private use was passed by a slim majority — a change that, according to Perduca, “was never 100 percent reflected in national laws and policies.”

In 2006, Silvio Berlusconi’s government approved a tougher law that equated soft and hard drugs, which the Constitutional Court struck down in 2014. While medical cannabis has been legal since 2006 and personal use of drugs is not a criminal offense, cultivation and sharing can still trigger a criminal investigation. As a result, pro-cannabis activists have kept protesting and publicly disobeying the rules.

Advocates in 2016 submitted to Parliament a popular bill that would regulate the production, consumption and sale of cannabis. The bill will expire at the end of the current parliamentary term in 2023 if Parliament doesn’t vote on it, Perduca said. The referendum “was the only instrument we had left,” he told Zenger.

In the wake of their recent success in collecting signatures online, activists are planning to take to the streets.

“In the next few weeks, we will bring our message to Italy’s major cities and small towns,” Soldo said.

If the referendum proposal passes the Constitutional Court’s vetting between December and January, citizens will vote in the spring of 2022. To be considered valid, a referendum in Italy must meet quorum requirements for turnout, set at 50 percent-plus-one of the eligible voters.

“This means that anti-cannabis advocates will have two options: One is to tell people to stay home, which is the most powerful; the second is to tell them to vote ‘no,’” Perduca told Zenger. “This is the biggest obstacle we still need to overcome.”