“A podcast network in some ways is what a digital magazine could be,” says Dave Mays. 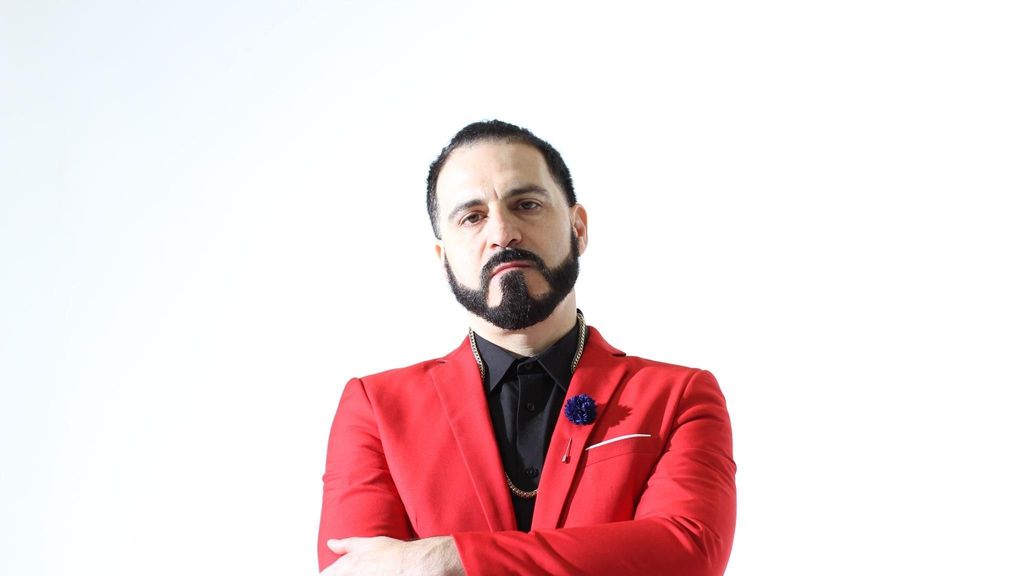 When Michael Jordan returned to the Chicago Bulls in 1995 following a brief retirement, his return message was short and sweet: “I’m Back!”

Dave Mays was once looked at as the Michael Jordan of hip-hop publications, and… he’s back! As a 19-year-old sophomore at Harvard, he founded The Source magazine, which began as a monthly newsletter, eventually becoming one of the world’s longest-running rap/hip-hop magazines.

Mays had a vision to put hip-hop on the forefront of all genres and succeeded immensely turning his newsletter into a full-fledged publication. That ride ended in 2005, when he and Raymond “Benzino” Scott were forced out in a dispute with investors.

Breakbeat will also produce docuseries, starting with the “Unsigned Hype,” a popular series in The Source magazine that introduced several hip-hop and R&B acts. He also plans a series on Gangster Disciples leader Larry Hoover.

During a recent conversation with Zenger, Mays opened up about mistakes he made during his time with The Source, and how he plans to not repeat those same errors with his newest venture.

Zenger: How is it going, Dave?

Mays: Going well. I’m excited. This is something I have been thinking about and trying to put together for a minute now, and it’s finally coming to life.

Zenger: Where did the concept of Breakbeat come from?

Mays: A few things I have been thinking about for the last few years, there’s not one platform that the hip-hop community can say represents their point of view comprehensively across the wide range of subject matters. In a way similar to what The Source did in its heyday in the ’90s and early 2000s, when we were the magazine of hip-hop music, culture and politics.

We covered everything: fashion, sports, health, news, diet and fitness. But it was all done in a style and perspective that the hip-hop community can relate to and identify with as their own. As hip-hop and the media has grown in the past 20 years, it has become fragmented into different segments. It’s everywhere, but you can find one particular thing that you like over here, a couple of things that you like over on this platform, but there’s not one platform. That’s part of the void that I was seeing.

Another part is, I feel like there has been a narrative pushed through the music industry that’s divided the older and the younger sides of the hip-hop community. This narrative that mumble rap is not real hip-hop. The other side says, you’re just mad, bitter and old. Because the music is by far the most visible, commercial aspect of the culture, the music can become prevalent.

But what I see is, underneath those differences, somebody that is 51 that grew up on hip-hop, might not like Young Dolph or think 21 Savage is dope, and vice versa for the younger people. But I would argue that if you dig beneath the surface there, and you think about how the 51-year-old and the 21-year-old were to look at social justice, look at the way we watch and take in sports, I think we share a unique perspective on things. When you are part of hip-hop, you tend to see things in a certain way that’s different from people who haven’t had that experience. I looked at it as an opportunity to create a platform with diversity in content, voices, talent and subject matters that will appeal to the broad hip-hop community, from 15 to 55.

Then it became a question of, how do I find the right strategy and entry point of how to get into the marketplace because the media business has been so tumultuous? Ever since the onset of the internet in the late ’90s and early 2000s, we have seen all forms of traditional media basically mowed down.

It started with the newspapers, then magazines, now we’re seeing it with television and radio. We’re at a time when technology is still evolving, business models are still being figured out. It’s s time of great opportunity. I started looking at podcasting the last few years and seeing how dynamic it is. It reminds me of underground hip-hop back in the ’80s. It’s this bubbling thing that has all this energy and talent. Things emanate out of it, TV shows and movies. Just a real dynamic space. It’s a fertile ground to introduce the type of content and voices that I was talking about.

I started to think of a podcast network as an answer that everyone in publishing has been searching for, for 20 years now. How do you make a digital magazine? Everybody has been throwing that term around for 20 years. “We’re taking our magazine digital.” It’s never worked. A podcast network in some ways is what a digital magazine could be. The same way you used to be able to flip through a magazine and see a fashion section, a sports section, a fitness section, those are all podcast topics now.

Zenger: How instrumental was Kendrick Ashton during this process?

Mays: I had to give my business partner a lot of credit. He was very instrumental in helping come up with the name, the concept to launch as a podcast network. I met Kendrick a few years ago in D.C. We’re both D.C. natives. I got introduced to him at an event by a mutual friend. We started talking and just really hit it off. I started telling him about what I saw as this opportunity in the marketplace. We ended up partnering and here we are.

Zenger: Has it been a difficult transition from paper to digital, or just an adjustment?

Mays: I have tried to stay as abreast as I can with new technologies and things going on out here with social media. It’s still very early on. We will see how things go with Breakbeat. I’m excited and confident with what we’re doing. I think it’s going to resonate widely. Once I figured out the right approach to getting in the game and establishing a brand like Breakbeat, it wasn’t that difficult. I had to learn a lot about podcasting in the last couple of years. I have been studying and talking to lots of people just trying to understand it. I didn’t understand it at first.

Zenger: What type of shows can we expect under the Breakbeat umbrella?

Mays: The brand will come through with the authenticity of the content. Authenticity will be the key ingredient. Bringing something that’s needed because I feel like the voices out here in hip-hop… there is room for so many more voices and perspectives than what we are getting with the current media landscape.

Zenger: Did you make mistakes or things you could have done differently with The Source Magazine that you will use as experience and not repeat with Breakbeat?

Mays: Oh absolutely! There were a lot of mistakes I made with The Source. Some that I recognized at the time, and others it took me some years after leaving The Source to understand the mistakes that I made. The last 5 years or so have been a period of reflection for me. Really thinking about everything that I went through and try to understand things better. I feel empowered going into this because I’m already doing things in a smarter way. I think Kendrick Ashton is going to prove to be an incredible partner. He fills some of the shoes that I can’t fill with his knowledge. He has a strong finance background.

We never had capital. I never dealt with banks, loans, investors and private equity funds. One of the biggest mistakes I made was basically betting the farm on the internet in the late ‘90s, when dot-coms first came out. Back in those days, every commercial was dot-com this and dot-com that. Wall Street was throwing hundreds of millions of dollars into dot-coms. I got caught up in the excitement. I had the vision. I saw the internet as a pathway to the hip-hop community, globally and directly. The Source was a part of bringing hip-hop to many countries in the ’90s because we had international distribution. I mortgaged the magazine business to invest in the internet.

Also, I wanted to maintain ownership. That’s something I took a lot of pride in with The Source. I built the company from the ground up and never gave up anything to any outside companies, until I got into the problems with the dot-coms. I took out a big loan. I had people that would have partnered with me, but I was like, I can get this loan and own everything 100 percent.

So, I gambled on myself and the internet, and obviously it was a bad gamble. That’s one of the biggest mistakes, but also one of the ways I’m doing things differently. If I would have had Kendrick Ashton around back then, I’m quite sure I wouldn’t have made those mistakes with the bank loans and the private equity deals that all contributed to the demise of The Source in those last few years.

Zenger: Good luck with Breakbeat. I’m sure you will make it a force to be reckoned with, and I can’t wait to see the finished product. Is there anything else you would like to add?

Mays: I have my “Unsigned Hype’s” of Breakbeat. I have “Don’t Call Me White Girl.” She’s a superstar. She is so funny and so smart. She’s got a strong fan base already. I think she will be a big star. We are going to do the “Funny Marco” podcast. I think he is another incredible talent who has built up a name for himself on social media. We are bringing him into the podcasting world with his own show. These are the younger emerging talents who we are discovering. Then I have the more veteran voices like my show, “The Dave Mays Show,” and Kierna Mayo show, “Culturati,” which is incredible. It’s going to be very different from the other podcast that are out there now.

Then we have these documentary series that we’re doing. They are going to be huge. We’re doing the “Unsigned Hype,” story. It’s an eight-part podcast series. Telling the whole backstory of that column, from Biggie, DMX, Common to Mobb Deep, to Eminem — all the people we discovered. I’m also doing the Larry Hoover story. That will be a 10-part series. His is an amazing story. We have his exclusive rights to tell that through podcast. He and his family have never participated in the telling of the story before. It’s a very relevant story in today’s world and a story that expands generations.

An earlier version of this article incorrectly described Dave Mays as co-founder of The Source. Mays is in fact the sole founder. Zenger regrets this error.