Popcorn With Zenger: The Latest ‘Dune’ Is A Drawn-Out Dud

Despite some spectacular visuals, the second try at bringing the sci-fi epic to the big screen falls short. 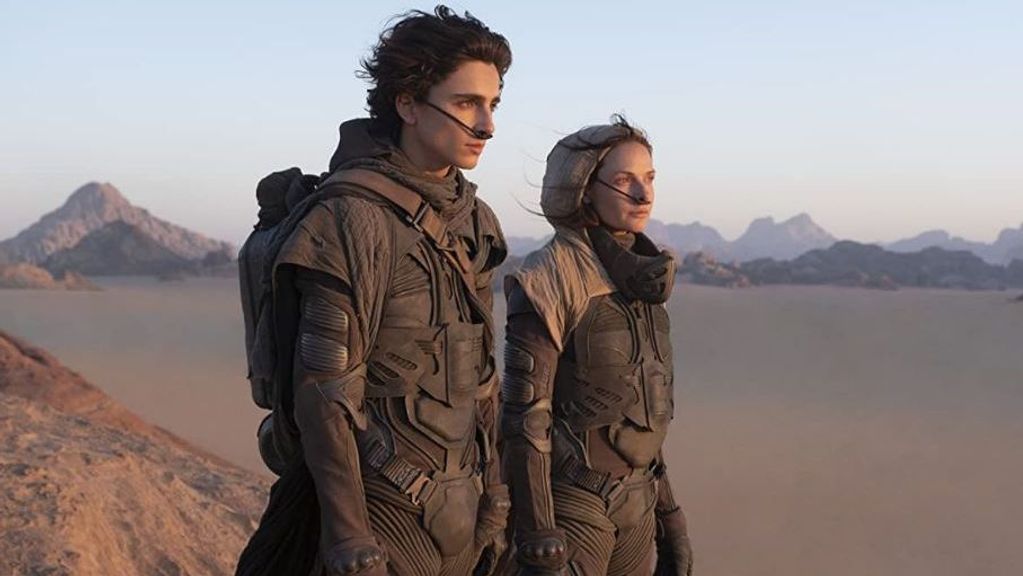 Is the new “Dune” a cinematic marvel or a repeat of past mistakes?

Believe it or not, this is not Hollywood’s first attempt at selling the story of “Dune” to mainstream audiences.

Most moviegoers have probably never heard of the original film “Dune” that was released in 1984 based on Frank Herbert’s 1965 novel of the same title.

The 1984 film was a box office bomb despite heavy promotion, direction by David Lynch, strong casting (Kyle MacLachlan, Virginia Madsen, Patrick Stewart and Sting) and even getting the popular ’80s band “Toto” to perform its soundtrack.

At the end of the day, the film could not overcome its poor storytelling, bloated runtime and overall lack of direction. In 2021, filmmaker Denis Villeneuve is the man behind Warner Bros.’ latest attempt at reviving the sci-fi epic, and he has every tool in his favor.

A big-name cast full of heavy hitters, a cinematic score led by the legendary Hans Zimmer, and a marketing machine pushing the film as “too big for the small screen.”

Despite that arsenal, the 2021 film feels like it made the same mistakes it did in 1984.

The Story: Set In the year 10,191 on the hostile desert planet Arrakis, known as Dune, Duke Leto Atreides (Oscar Isaac) accepts stewardship of the dangerous planet. Dune is the source of the universe’s most valuable substance, called “Malange spice.”

That spice is a drug that extends human life, provides superhuman levels of thought and makes faster-than-light travel practical. Leto takes control of the spice mining operation with his son Paul (Timothée Chalamet) and his concubine Lady Jessica (Rebecca Ferguson).

For 80 years, Arrakis has been presided over by the Harkonnen, who controlled the means of production with an iron fist. But now that they have been forced to leave, rival forces see the change in the regime as an opportunity to take over amidst the chaos. Sworn enemy of the Atreides, Baron Vladimir Harkonnen (Stellan Skarsgård) plans to reclaim the planet even at the cost of wiping out House Atreides.

Bright Spots: A lot of money was put into the making of “Dune,” and it shows. The world-building is on a level that rivals your average “Star Wars” film. Villeneuve has created some visually stunning sci-fi films, including “Blade Runner 2049” and “Arrival.”

In “Dune,” Villeneuve’s large-scale eye for detail creates cinematic backdrops that suck you into a world of massive ships, giant monsters, geo-politics and impressive-looking planets that are made for an IMAX format.

The movie also presents a rogue cast of solid actors whose presence is notable every time they appear on screen. Josh Brolin and Jason Momoa play military men who help train our protagonist Paul for the upcoming war. Stellan Skarsgård is unrecognizable as the villainous Baron Harkonnen. Zendaya, despite her limited screen time, plays the role of Chani, whose people are native to Arrakis and caught between the battling families. She later becomes the love interest of Paul.

Along with solid special effects, Villeneuve’s creative visual ambition gives “Dune” a lot to be impressed with and his intentions as a fan of the source material are noble. Despite his best efforts, he can’t avoid the same potholes in storytelling that plagued director Lynch in the 1984 version.

Weak Spots: “Dune” has problems aplenty, but the central issue is the film doesn’t give you a full story. Pulling a page out of the modern superhero genre, 2021’s “Dune” becomes a massive trailer for a future movie.

Because this is only part one of a larger narrative, the massive gallery of characters is given no depth. Except for Duke Leto and Paul Atreides, characters often drop out of the film for extended periods. Audiences never get a good feel for any of the characters, turning this epic into a soulless journey.

One of the biggest knocks against the 1984 film is that the source material is impossible to portray on the big screen because there is no way to condense a story of this scale into the runtime of a motion picture. The 2021 film is no different, as there is too much material to cover for one movie, and you can’t make sense out of half a story.

The film is an exposition-ridden prologue, a dull cinematic adventure for a movie that has all the makings of an intergalactic space war. “Dune” distracts audiences with massive CGI spaceships, explosions and impressive IMAX visuals, hoping they don’t realize how uneventful the last two and a half hours have been.

“Dune” banks on creating interest for a sequel that may never get made if Warner Bros. suffers massive losses from this endeavor. The film is half a puzzle but with only half a picture, there is no way to be satisfied by Villeneuve’s vision.

The Takeaway: “Dune” is a visual distraction from the reality that despite its overwhelming 155-minute runtime, very little happens story-wise. “This is only the beginning,” according to the film, but you are better off saving time and money sitting this one out, unless you are desperate for visual vomit on an IMAX screen.

See or Skip: “Dune” is a typical Hollywood film that spends more of its time selling the second movie before giving you a reason to care about the first.