Tipplers are experimenting with a wide variety of flavored mixers and zero-alcohol drinks. 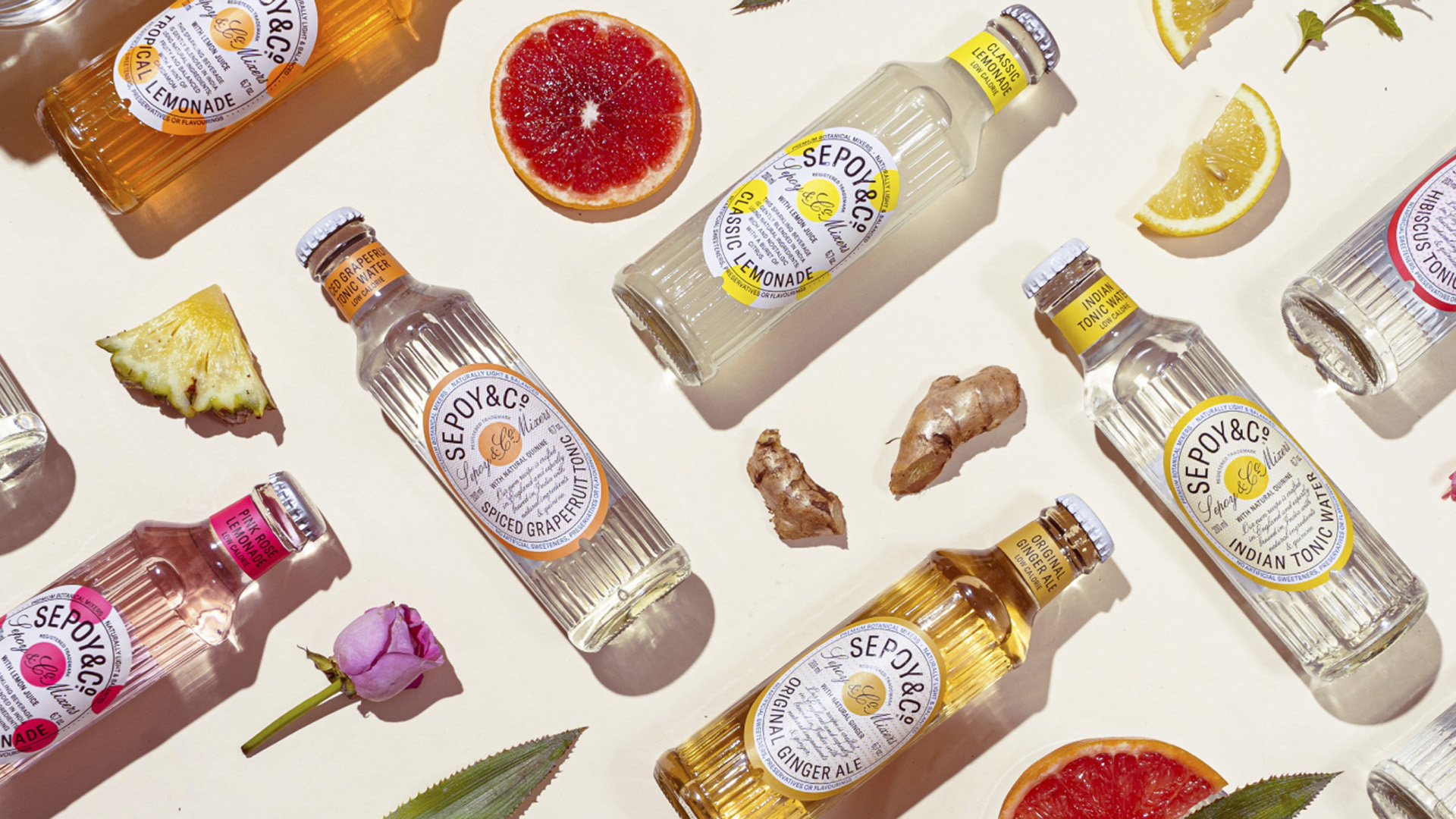 The lack of good mixers in India expedited the launch of the brand, Sepoy & Co. It offers a line of natural low-sugar botanical mixers. (Angad Soni/Sepoy and Co)

SHIMLA, India — Daksh Malhotra, a 24-year-old management professional, is a regular face at house parties hosted by his friends. A scotch-on-the-rocks drinker, it was in December 2020 that he discovered exotic flavored mixers.

“I was at a party hosted by a close friend who persuaded me to try his ‘best’ gin and tonic,” he told Zenger News. “I took the drink because I was looking to get a buzz.”

Not only did Malhotra go on to have five of those cocktails, but he also called his friend the following weekend to find out the recipe.

“I remember that the drink had floral notes but nothing too strong to overpower the flavor of gin. My friend then told me he had used hibiscus-flavored tonic water from a brand called Sepoy & Co. for the concoction,” said Malhotra.

Global spirits company Bacardi Limited in their 2021 Cocktail Trends Report, looked for the key trends impacting cocktail consumption and the spirits business in 2021. The report identified the non-alcoholic drinks and mixers division as one of the fastest-growing segments in the beverages market.

“Globally, zero percent spirits (drinks which have zero alcohol) have received more interest than any other spirits’ category — for the second year running. And despite headlines surrounding increased alcohol consumption last year, the survey reveals bartenders feel that the pandemic has accelerated the zero percent trend, with consumers more open to trying zero percent options as their usual routines are upended, more practical ways of living emerge, and new goals are set,” the report states.

Consumption of alcohol increased during the coronavirus pandemic worldwide. But, in India, non-alcoholic beverages like no-alcohol beer, flavored tonic waters, ginger ale, flavored seltzers, and alcohol mixers are the toast of the season.

Punweet Singh, a co-founder of Jade forest, an Indian brand of low-calorie botanical mixers, said his company saw a 50 percent increase in demand for his products.

“Maybe it was because people were at home and experimenting, but we were happy to note that the orders for our mixers and drinks increased by 50 percent,” Singh told Zenger News. “These orders came from people of all age groups and not just millennials.”

Jade Forest’s line was launched in 2019 by Shuchir Suri and Singh. The line has no artificial flavors, sweeteners, or coloring. The first two products launched by Jade forests are Indian tonic water and ginger ale.

“I was out for drinks with my friend, Suri, when we realized that there was a lack of options for alcohol mixers. Those that were available were too sugary and made with artificial ingredients. So we decided to launch a brand that would fill the gap in the market,” said Singh.

Jade Forest started pushing its products in bars and restaurant chains in 2019. But in 2020, the business came to a complete halt due to the coronavirus pandemic.

“That’s when we decided to go for a new business model and sell online. We also saw that people were more health-conscious now. In a mixer world dominated by Cola and Pepsi, there was a demand for healthier alternatives.”

Singh says the idea of an online business model was a success, and orders poured in from all over the country.

“There is a burgeoning demand for gin in India. As a result, a lot of homegrown gin brands have also been launched recently. This has led to an increase in demand for tonic waters,” said Singh.

Carefully crafted high-end alcohol mixers are catching on among health-conscious consumers. A study titled “Covid-19 Generation: A Conceptual Framework of the Consumer Behavioral Shifts to Be Caused by the Covid-19 Pandemic” says that rising health consciousness because of the pandemic has led to increasing demands around food safety and balanced diets and an overall health-conscious consumer.

“While India is one of the largest alcohol consumers, there are also lots of people who do not drink alcohol. We wanted to offer those people a bouquet of products that are complex and tasty,” Aneesh Bhasin, founder of Svami Drinks, told Zenger News.

This company specializes in non-alcoholic drinks and mixers in India. Svami Drinks, established in 2016, have launched their new line of zero-proof ready-to-drink products in 2021, which are specially crafted for the Indian palate.

“Rum and cola is a ubiquitous ‘cocktail’ that is very popular, so it was a no-brainer to make that the first launch from our stable,” said Bhasin. “Our new Jamun (Indian blackberry) Ginger Ale is a very local flavor that has done well.”

The lack of good mixers in India also expedited the launch of another mixer brand, Sepoy & Co. Founded by Angad Soni in 2018, it offers a line of all-natural and low-sugar botanical mixers infused with exotic flavors.

“These mixers are also known as adults of beverages, so they are at times consumed on their own or mixed with alcohol,” Soni told Zenger News.

To launch his mixer brand, Soni created flavors that are familiar to Indians.

“I went for flavors that an Indian would have consumed at some point in their life. We started with mint and tart grapefruit with hints of spices like cardamom, cinnamon, and clove.”

Later Soni added hibiscus and elderflower flavors on demand from his growing consumer base during the pandemic. While his line of mixers is not zero-calorie, he believes they are healthier alternatives to others.

“Zero-calorie drinks like Diet Coke use an ingredient called aspartame to achieve sweetness without the calories. But the ingredient is known to be carcinogenic. Our drinks will never be zero-calorie because we do not use aspartame at all, but they definitely have a much lower sugar content and still provides a premium taste.”

“The pandemic has made home the focal point of our social lives and changed the eating and drinking landscape forever,” states the Bacardi 2021 report. “It has undoubtedly expedited the at-home and e-commerce convenience culture we had already begun to enjoy, bringing more experiences straight into our homes than we could ever have imagined.”

But now, with the world going back to its regular pace, bars and restaurants are quickly stocking up on premium mixers and zero alcohol drinks.

Vishal Chawla, an India-based mixologist who has worked with the Lalit Group of Hotels and in the Ambey Valley City, says consumers of all ages now are asking for mixers made with healthy, unadulterated ingredients.

“Before the pandemic, when I was working as a full-time mixologist for luxury Indian bars, there was some demand for premium mixers,” Chawla told Zenger News.

“When I take up gigs for yacht parties or private bashes in India and abroad, I’ve noticed an increase in demand for natural flavors. People demand simple drinks like a whiskey with ginger ale but made with the best quality ingredients.”

Chawla says that alcohol drinkers and non-drinkers have both become more aware.

“I have served drinkers of all age groups for a decade now. It’s only recently that well-crafted healthy mixers have begun to take center stage,” says Chawla.

Chawla mentions that exotic flavors like elderberry or grapefruit are trendy among youngsters who are just entering the world of spirits. These mixers make the drinks more enjoyable because of their taste.

“Taste for a good whiskey develops with time, but when you pair something like a pink lemonade or a grapefruit-flavored mixer with a clear spirit like vodka, it is a hit among youngsters.”