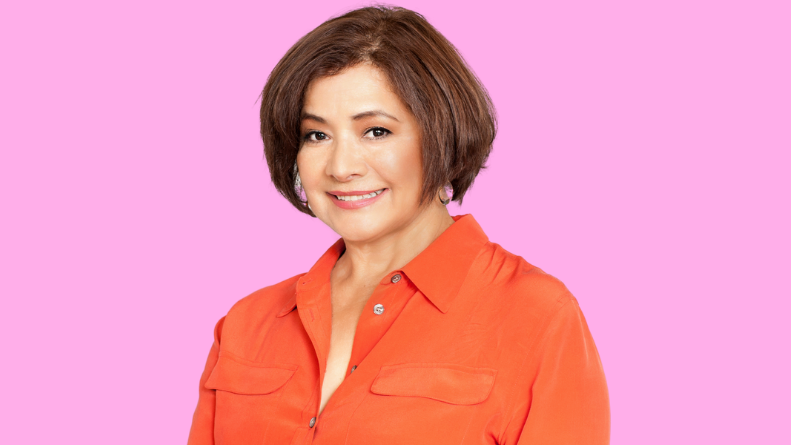 Bel Hernandez began her career in Hollywood as an actress, but soon became a journalist and media entrepreneur. (Latin Heat Entertainment)

Hernandez is one of several prominent media professionals recruited recently to help diversify the HFPA. The association describes the appointments as “one of the most important steps of their comprehensive reform plan announced in May,” when the nonprofit organization put out proposed changes to correct its failures.

Those shortcomings were the subject of a Los Angeles Times exposé last February, which triggered widespread criticism of the 78-year-old group about its inner workings and lack of diversity.

After the reporting, a few actors returned their Golden Globes, NBC canceled the broadcast of the awards ceremony, and some HFPA members resigned.

The association hopes to turn the page on this year’s controversies with the Credential Committee namings and other recent changes.

“We are so grateful that these five highly respected journalism professionals — each with diverse backgrounds and extensive experience in their fields — are devoting their time and energy to ensure an inclusive makeup of our association,” said recently installed HFPA Board President Helen Hoehne.

Hernandez is now an accomplished businesswoman, but she began her Hollywood journey as an actress. She then became a journalist specializing in Latinos in the film industry, a group often neglected by trade and mainstream media.

She is president and CEO of Latin Heat Media, a multimedia company creating content by and about Latinos for universal audiences through platforms such as Latin Heat Entertainment and TheTRENDTalk Show.

Latin Heat has covered Latinos in Hollywood since 1992. The outlet features entertainment news coverage, breaking industry news, and profiles of TV and film talent working in front of and behind the camera.

For her work focused on Latinos in the film industry, “Moviemaker Magazine” dubbed Hernandez “The Godmother of Latino Hollywood.”

She recently appeared in the film “The Purge: Anarchy” and the indie movie “Pretty Rosebud,” directed by Oscar Torre.

Hernandez’s work and leadership led her to serve as a juror on the George Foster Peabody Awards board, where she was the first Latina to serve as chair.

“I am beyond honored to be part of the HFPA Credentialing Committee, which is tasked with the important work of helping diversify the makeup of their members to be as inclusive as possible,” said Hernandez. “I know first hand about the importance of diversity, equity and inclusion.”