Scientists have discovered that a complex chemical interaction at the microscopic level makes Roman buildings last for centuries. 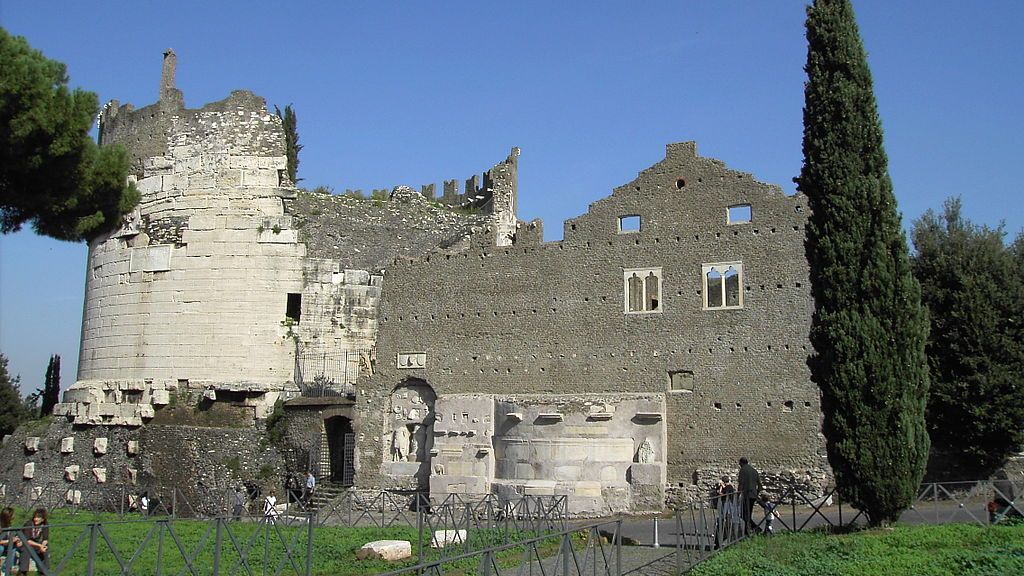 The Tomb of Caecilia Metella still stands, even centuries later, as a testament to the strength of Roman concrete masonry. (Public domain)

Ancient Romans not only invented concrete but created structures with it that have withstood the ravages of time and the elements. A new study claims to have uncovered the secret of this longevity.

While modern concrete is prone to degrading, crumbling and cracking within a few decades, Roman concrete structures built thousands of years ago are still sound.

The Tomb of Caecilia Metella, a noblewoman who lived 2,050 years ago, for example, remains standing in Rome, as does the Castrum Caetani next to it. Other durable structures include Trajan’s Markets, built between 100 and 110 A.D., and Mediterranean marine piers and breakwaters.

A large cylindrical structure, the Tomb of Caecilia Metella, built in 30–10 B.C., is found on the Appian Way — one of the ancient roads that lead to Rome. It comprises a rotunda on a square base and measures about 70 feet (21 meters) tall and 100 feet (29 meters) wide.

The structure even attracted the attention of English poet Lord Byron who wondered, in a poem, about the life of the woman housed within that had earned her the “tower of strength” as her final resting place.

The tomb exemplifies Roman concrete masonry from the late republican era, which was less sophisticated than the architectural style of the imperial era that followed, according to a study appearing in the Journal of the American Ceramic Society. It features thick walls consisting of coarse brick or volcanic rock aggregate bound with lime mortar and tephra — porous fragments of volcanic glass and crystals from eruptions.

Marie Jackson of the University of Utah, a co-author of the study, said this resulted in structures that “over a long passage of time, do not fall into ruin.”

Modern sidewalks and other concrete structures are generally made of Portland cement, which is combined with aggregate consisting of rocks, sand and gravel, the researchers noted. Making modern cement involves a significant expenditure of energy and carbon emissions, especially through the burning of natural gas.

Caecilia’s tomb has lasted this long because the volcanic aggregate used by the Romans has been subjected to unusual chemical interactions with rain and groundwater, the scientists said.

According to the researchers, rain and groundwater seeped through the tomb walls over centuries and dissolved the potassium-rich leucite, freeing the potassium into the mortar and effectively remodeling and fortifying the concrete. By contrast, an abundance of potassium in even the hardest modern concrete creates expansive gels that cause micro-cracking and the deterioration of the structure.

Admir Masic of the Massachusetts Institute of Technology and co-author of the study said if modern concrete can be made to similarly reinforce the mortar-aggregate interface, the durability of modern materials may improve.

The researchers want to replicate in modern concrete the longevity of the Roman material as part of a U.S. Department of Energy project. They are currently experimenting with the use of artificial stone made of glass and ceramic, in place of the tephra of ancient structures, to reduce the energy emissions of concrete production and installation by 85 percent. They hope to achieve a fourfold improvement in the 50-year lifespan of modern marine concretes.

“Understanding the formation and processes of ancient materials can inform researchers of new ways to create durable, sustainable building materials for the future,” said Masic.

Lead author Linda Seymour said X-ray microdiffraction and Raman spectroscopy techniques allowed the team to see the changes in the mortar used in the tomb. While some areas were intact, others were splitting, wispy, or otherwise different down to their atomic structure, “taking on this nano-crystalline nature,” Seymour said, which contributes to the robust strength of the concrete.

“It turns out that the [mortar-aggregate] interfacial zones in the ancient Roman concrete of the tomb of Caecilia Metella are constantly evolving through long-term remodeling,” said Masic, which contributes to the endurance of the ancient materials. “Designing modern concretes with constantly reinforcing interfacial zones might provide … a sustainable strategy that could improve the longevity of our modern solutions by orders of magnitude.”