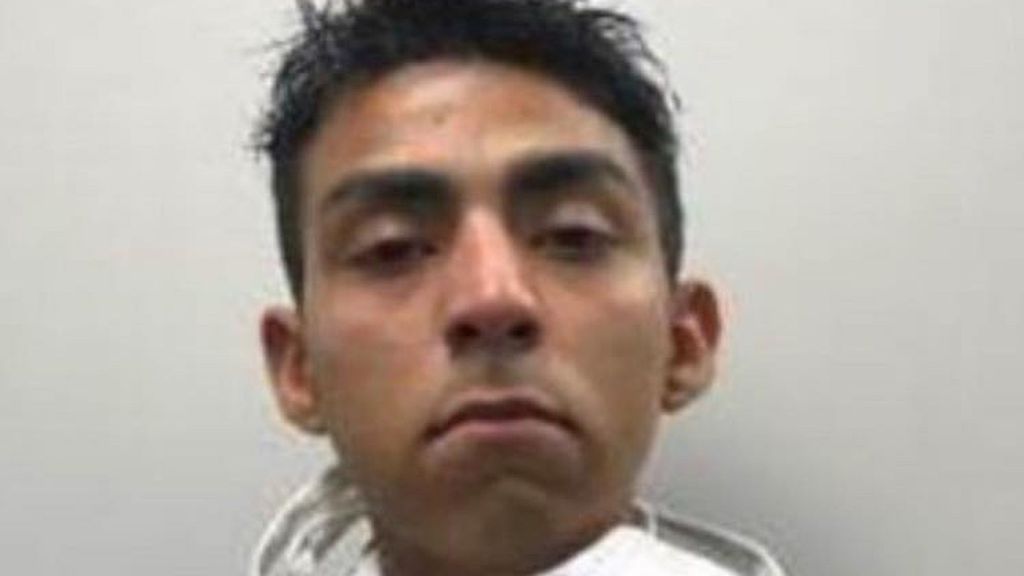 A Texas man has been arrested for allegedly fatally stabbing his brother in front of horrified family members at the suspect’s own birthday party.

Gonzalez is accused of stabbing his older brother, Isaac Aguiliar, 30, who was taken to a nearby hospital where he later died of his wounds.

Family members told police that the two brothers had gotten into a “heated verbal argument” when they started shoving each other. Gonzalez then pulled out a knife in front of stunned relatives.

“We didn’t see the knife until it was too late,” said the victim’s brother-in-law, Moses Perez. “There was nothing we could really do.

“None of us could restrain him, we were all just panicking, trying to save Isaac.”

Perez said Aguilar suffered several stab wounds, including one to the heart.

The police said Gonzalez dropped the weapon and got into a car with a family member and a woman, whose names were not given, and fled the scene.

Authorities subsequently found and arrested Gonzalez on Oct. 9 in another part of San Antonio, which is America’s seventh-largest city with a population of almost 1.6 million.

Gonzales was booked in the Bexar County Jail for murder, with bail set at $250,000, as the investigation continues.

The victim’s family has launched a GoFundMe campaign for Aguilar’s funeral expenses. They had raised $7,200 of a $10,000 target at the time of this posting.

“Help us lay our dear Isaac to rest,” said Perez on the crowdfunding page. “Unfortunately we have to say goodbye to an incredible man. Isaac Joseph Aguilar, who was a father, son, big brother, and wholehearted friend.

“Isaac was well known in his community, and his death has placed an unexpected weight on many hearts. Many will remember him as a ‘social butterfly’ with his huge personality, high energy, and charm.

“Isaac was known to some as a ‘troublemaker’ growing up. However, in anticipation of his new baby girl, he started making changes for the better. Isaac would go on to attend driving school to attain his CDL [commercial driver’s license], which he completed successfully days before his untimely death.

“With a newfound positive outlook on life, Isaac was excited about his future, and eager to start his new career. Isaac’s family describe him as ‘happier than ever’ in his final days.”