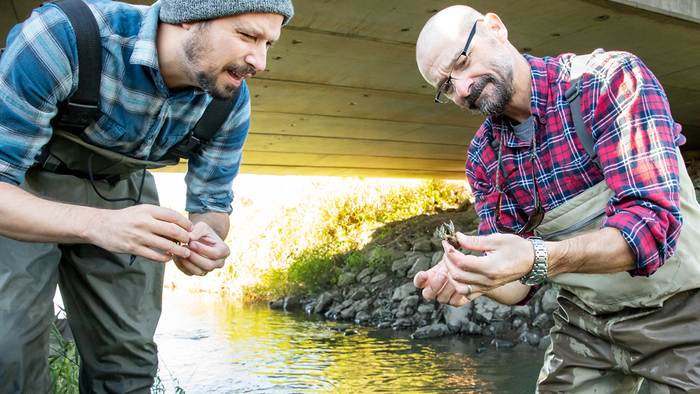 A carpetbagging virile crayfish is invading Southern territory, according to biologists, and consorting with native ones in Missouri and Arkansas.

The consequences of such interbreeding is not entirely understood but may alter the genetics, ecology and life history of native species, researchers say.

Native to the eastern United States and Canada, the invasive virile crayfish has spread to much of the rest of the continent, quickly dominating habitats it finds. Fishermen may have helped the process by moving the invasive crayfish from one place to another as bait.

Taylor is a co-author of a study that found that the Ozarks region of Arkansas and Missouri is ideal for crayfish because its water sources are plentiful, and the rocky streambeds offer hiding places from predators.

“The spread and impacts of an invasive species could cause substantial harm to this unique ecosystem,” said Eric Larson of the University of Illinois Urbana-Champaign, another co-author of the study that appeared in the journal Aquatic Invasions.

The virile crayfish was first detected in 1986 in the Current River of southeastern Missouri and northeastern Arkansas and has been found elsewhere in North America and as far away as England. Hybridizing with native crayfish, it often eventually replaces them. A voracious consumer of aquatic plants and other invertebrates, virile crayfish reduce the numbers of sport fish.

The researchers collected mitochondrial DNA from samples taken in the wild, then identified them in a process known as “environmental DNA,” or eDNA.

But as the team collected samples, they encountered a surprise — an invasive crayfish with native spothanded crayfish mitochondrial DNA.

“We did not observe any differences in colors or patterns indicating they were hybrids,“ Rozansky said of the samples and by-chance finding. “They looked like one or the other.”

He said the results of this research highlight the possibility of missed detections of invasive species if hybridization occurs. “Although it is rarely documented, researchers working with invasive crayfishes should not discount the possibility that the invaders are hybridizing with native species,” Rozansky said.

Researcher Larson, whose lab specializes in using eDNA, said that the discovery of hybridization is a warning to those using environmental DNA when looking for an invasive species in an area with closely related native species.