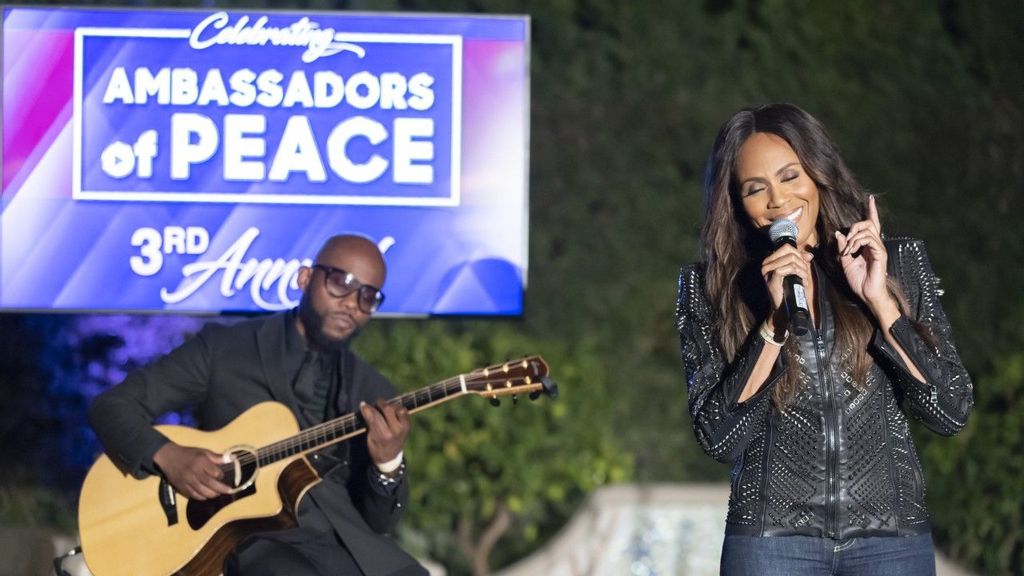 BEVERLY HILLS, Calif. — David Renzer spoke the words slowly and clearly, ensuring there could be no misunderstanding his meaning.

“No hate,” said Renzer, the co-founder of the entertainment industry nonprofit Creative Community for Peace in 2012. “There is no…room…for hate.”

Renzer was lauding the success of the organization’s digital task force, which has removed more than 1,400 instances it has identified of hate speech and anti-Semitic messaging from YouTube, Spotify, SoundCloud and Apple.

But in his call for tolerance and acceptance, Renzer was, metaphorically speaking, preaching to an entire congregation — and a powerful one.

The people who gathered at a private residence in Beverly Hills for the organization’s third annual Ambassadors of Peace awards celebration and fundraiser included high-powered executives, producers, songwriters and artists in the music industry.

The diverse slate of honorees shares a common characteristic: a desire to use their creative talents, platforms and industry clout to promote change.

“The Creative Community for Peace does critical work to teach people in the entire entertainment community about the truth of what is happening in Israel and help dispel many of the lies and misinformation that has been in the mainstream,” said Maddahi. “Many of these opinions — not facts — are resulting in hate that so easily escalates to violence.”

The center’s director, Ari Ingel, said: “All of these influential people who are here tonight — these executives and artists — have a unique position to influence people, whether it’s their peers in the music community or the public at large.

“Fortunately and unfortunately, social media has changed the dynamic. Young entertainers … have so much influence these days over young people. It’s up to everybody to speak up and speak out about these issues and use their voice to make a difference. Staying silent, unfortunately, is no longer an option.”

The center has been steadily growing and now includes an advisory board of more than 100 entertainment executives. At the beginning of the year, alongside other entertainment leaders, Creative Community for Peace helped launch the Black Jewish Entertainment Alliance, and the nonprofit will open its first European office in Spain.

The Ambassadors for Peace awards ceremony featured appearances and recorded video greetings from industry veterans, as well as younger artists the honorees have befriended, managed, worked with or mentored.

Legendary producer Clive Davis sent a video greeting congratulating the award recipients. He noted the ability of music to “cross boundaries and countries and to get people together.”

In introducing Warren, singer Ally Brooke said she will be performing one of Warren’s songs on Carlos Santana’s upcoming album, “Blessings and Miracles.”

Many of the honorees’ acceptance speeches referred to the importance of the center’s mission. Reciting the dictionary definition of peace — “a state of mutual harmony between people” —- Verde joked that top executives at Sony Music might not always have found him to be so harmonious over the years “because of my constant battles with them.”

“I’m honored that [the center] decided to create this organization to promote peace. That’s not an easy thing to find nowadays,” said Verde.

Mason, a writer and producer in music, film and TV, cited the inspiration of Mehdi Rajabian, an Iranian musician who was imprisoned for recording music with female singers. Rajabian went on a hunger strike. After he was released, he returned to his music, risking further persecution. The artist emailed his album to Mason.

“The music was amazing, as beautiful as it was compelling,” said Mason. “I helped him release it because I share Mehdi’s goals and the belief of everyone at [the center] that music can change the world. It can make two people realize they are a lot more alike than different.”

Warren, a vegan and animal-rights activist, called for a different kind of peace. The songwriter said peace “begins by respecting and loving all life and realizing that all life has a right to be lived.”