Daniel Craig Reveals What He Will Miss About James Bond Movies 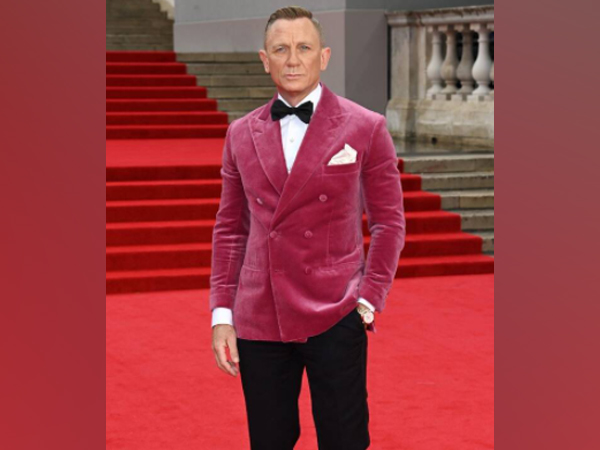 Daniel Craig revealed that he is going to miss suiting up as James Bond. (Image source: Instagram)

WASHINGTON — Hollywood actor Daniel Craig revealed what he is going to miss about being James Bond after his last 007 adventure “No Time To Die” hit the theatres.

Recently, in an interview with a media organization, the 53-year-old actor revealed that he is going to miss suiting up as James Bond.

“Nothing’s much bigger than a Bond movie, even those Marvel movies, we tend to do things kind of bigger than anybody else, not least of all because we’re usually on amazing locations — we went to Jamaica and all these things — but it’s the people I work with, genuinely. That’s really who I have had the most incredible experiences with,” he said.

When asked to comment on the physicality of the films and if his body will be okay after all of the gruelling stunt work, Craig joked, “It will never be okay.”

Lashana Lynch, who is making history as the first black female 007, also joined the interview and was asked to comment on her journey and experience working with Craig.

“From getting the big news to initially meeting Daniel, being able to talk about her and relish in her and teach different ways to explore Black narratives in cinema — especially in franchises is, I think, the cherry on top. The 007 thing is just like a ‘Whaaat?’ kind of moment.”

Oscar-winning actor Rami Malek, who plays Bond villain Safin in the new instalment of the 007 franchise, also joined the conversation and quipped about his role.

“It’s always fun to play the villain, right? They always think they’re the hero of their own story.”

“No Time to Die,” which marks Craig’s fifth and final turn playing the big screen’s most famous spy, was the first of numerous Hollywood tent poles whose release was delayed again and again due to the pandemic.

MGM and EON Productions waited until they could open the tentpole exclusively in cinemas, even though it meant holding off for more than 18 months versus making the movie available immediately in the home.

The film follows Bond, who has left active service and is enjoying a tranquil life in Jamaica, West Indies. His peace is short-lived when his old friend Felix Leiter from the Central Intelligence Agency (CIA) turns up asking for help. The mission to rescue a kidnapped scientist turns out to be far more treacherous than expected, leading Bond onto the trail of a mysterious villain armed with dangerous new technology.

As part of his post-Bond career, Craig is bringing “Macbeth” back to Broadway in 2022. He will play the lead role with Ruth Negga as his Lady Macbeth. He will also star in “Knives Out 2.”