This Tyrol grey calf is a critically endangered breed, noted for its high quality milk. 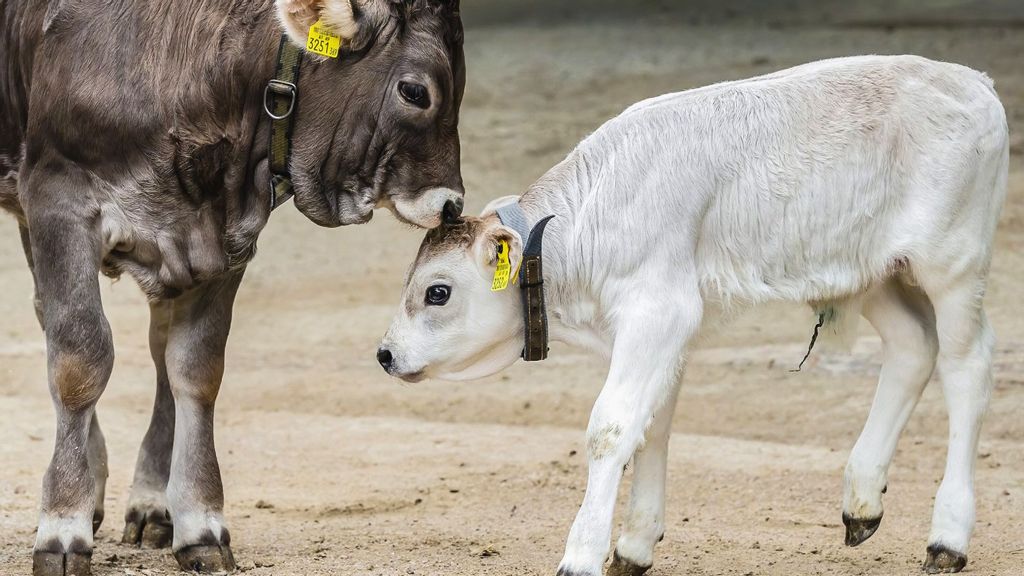 An adorable gray calf, born at the world’s oldest zoo, will be used to educate visitors on the history of traditional farm methods and animals in the Tyrolean Oberland region.

The Tyrolean grey calf, named Seppl, is a member of a critically endangered cow breed. It was born Sept. 9 at the Tiergarten Schönbrunn Zoo, in the Austrian capital of Vienna.

The species is a small- to medium-sized dual-purpose cattle breed, which means they provide two resources: milk and meat. The animals are solid gray to iron-gray with black hooves. “The Tyrolean grey cattle is an old Austrian livestock breed,” said the zoo.

The Tyrolean grey can be found primarily in the Austrian state of Tyrol, west of Innsbruck, and in the province of South Tyrol in northern Italy.

Seppl was named after his father Sedinus and currently weighs 110 lbs. The calf spends its days grazing on hay and suckling its mother.

Gerold Vierbauch, a zookeeper, said: “Seppl is suckled up to the age of seven months. Lena is a great mother cow and takes great care of her first offspring.“

Once Seppl is fully grown, he will weigh up to 1,200-1,300 lbs. The cows are fast growers, reaching their full size within three years. They can produce nearly 10,000 lbs. of milk per year.

Their milk is considered of superb quality and is often used in the production of high-quality products. These cows are hardy, able to survive in rugged mountain terrains, thanks to their excellent foraging skills.

Gerold said Seppl is a member of a “critically endangered” species.

“There are currently only 5,000 registered breeding cows in Austria. The grey cattle are a piece of Tyrolean cultural heritage that we want to preserve,” said Raphael Kuen, managing director of the Tyrolean Grey Cattle Breeding Association.

That 5,000 is less than the 7,500 threshold under which cattle breeds are considered threatened, according to the Slow Food Foundation for Biodiversity. The proportion of Tirolean grey among all breeds in Austria is 1 percent.

Tyrolean greys are mostly bread in the Alps at an elevation of more than 3,280 feet. They require specific conditions to maintain the breed’s desired quality, which include hardiness and fertility.

Tyrolean grey cheese is a protected product made in Tyrol from the milk of Tyrolean greys. It is known for its low fat content, an estimated 3.7 percent, and its pungent scent.