Decade-long survey reveals that even the most isolated reefs are struggling to survive. 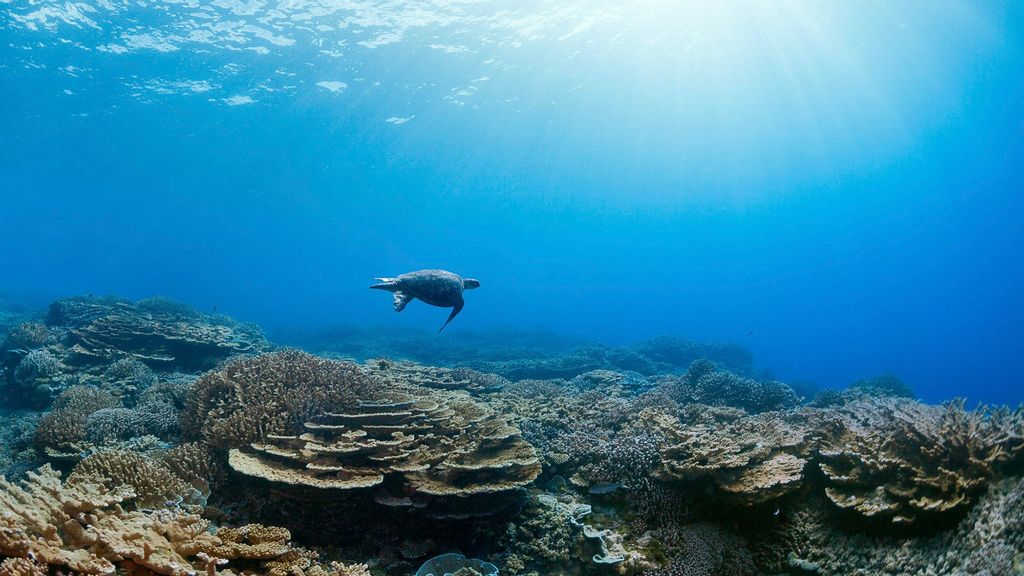 A hawksbill sea turtle (Eretmochelys imbricata) swims over a healthy reef system, which is becoming less often the case as a new report details the threats facing many of the world's reefs. (Michele Westmorland,iLCP/Zenger News)

Coral reefs across the globe, even the most isolated ones, are at the brink of collapse due to overfishing and other factors, according to a new report.

“Coral reefs are clearly in crisis. … Scientists estimate that half of the world’s coral reefs have been lost in the last 40 years,” the foundation said in a press release summarizing the report. “Both natural and man-made factors have contributed to a precipitous decline in coral reefs as coastal development, pollution, disease, severe storms and climate change have all impacted the health of coral reefs.”

The study involved 15,000 surveys conducted by scientists from 16 countries.

Coral bleaching occurs when corals turn white as a result of losing their vibrant colors, which come from microscopic algae called zooxanthellae, according to the World Wildlife Fund. When the temperature warms, the algae float off and the coral eventually dies.

According to United Nations Environment Program, between 2014 and 2016, the longest recorded global bleaching events killed coral on an unprecedented scale.

Today, the average reef is being affected by bleaching every six years while in the 1980s it was between every 25 and 30 years. One bleaching event killed an estimated 29 to 50 percent of all corals on the Great Barrier Reef in 2016.

Renee Carlton, a marine ecologist at KSLOF, said another major issue facing reefs is overfishing, which disrupts the food chain, damaging the reef and the coastal communities that depend on fishing to survive.

“Nearly every country we studied showed signs of overfishing, even some of the most remote and well-protected reefs,” Carlton said.

KSLOF’s Global Reef Expedition aimed to emphasize the need to act now to save the reefs, upon which the planet’s ecosystem depends and that also provide food and income for millions of people.

“The Global Reef Expedition was a monumental achievement. It owes its success to nimble planning and a common vision shared by a broad group of forward-thinking scientists, managers and educators,” Sam Purkis, KSLOF’s chief scientist, said.

“I have no doubt that the baseline determined by the Global Reef Expedition for the world’s reefs will remain a reference for centuries to come.”

Prince Khaled bin Sultan, the Saudi Arabian prince who funded the study, said he hopes it will encourage humanity to “leave a legacy of ocean conservation, so our children and our children’s children can also experience the beauty and wonder of a coral reef.”

The Khaled bin Sultan Living Oceans Foundation is a US-based non-profit environmental organization that protects and restores the world’s oceans through scientific research, outreach and education.