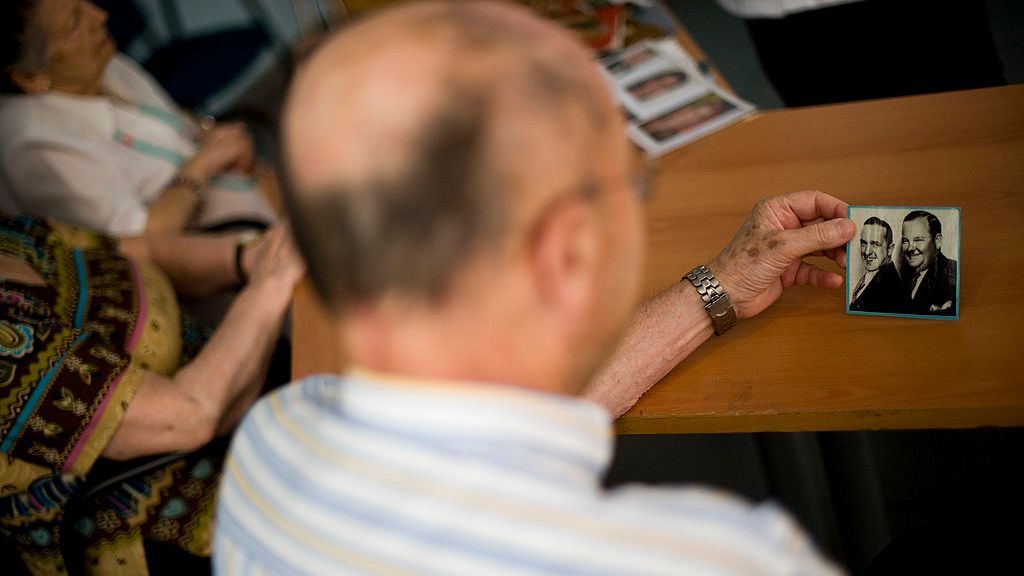 A chemotherapy drug used to treat kidney cancer was found in a new study to improve memory and cognitive function in mice showing symptoms of Alzheimer's disease. (David Ramos/Getty Images)

Researchers found that Axitinib, which inhibits the growth of new blood vessels in the brain, restores cognitive function and memory in lab mice that show symptoms of Alzheimer’s. It and other forms of dementia affect more than 50 million people worldwide, according to the World Health Organization.

The study shows that approved anti-cancer drugs may be repurposed as treatments for Alzheimer’s, said Professor Wilfred Jeffries of the University of British Columbia (UBC), who led the research effort.

“It could shorten the clinical development by years,” Jeffries said.

In research published in eBioMedicine, mice showing symptoms of Alzheimer’s disease were given Axitinib therapy. They not only exhibited a reduction in blood vessels and other Alzheimer’s markers in their brains, but they also performed well in memory and cognitive function tests.

UBC researchers focused on limiting the growth of new blood vessels, a process known as angiogenesis.

The study results led Jeffries to say that “a great deal of effort appears to have been directed toward the wrong targets for reversing Alzheimer’s disease.”

Knowing that cancerous tumors depend on the growth of new blood vessels, the research team theorized that Axitinib might work to halt that same process for Alzheimer’s. Study co-author Chaahat Singh said the drug blocks the brain’s tyrosine kinase receptor, which is partly responsible for encouraging blood vessel formation.  “It stops abnormal blood vessels from growing, which then prevents many downstream effects,” Singh said.

After being given Axitinib for a month, the mice showed greatly reduced blood vessel growth, while their blood-brain barrier was restored. As a result, they did better on cognitive tests. To assess cognitive ability, researchers trained the mice to find desired objects in a maze. While healthy mice could find the reward, rodents with Alzheimer’s were unable to.

While they have seen success only in treating mice, the researchers are optimistic that human clinical trials will show the positive effects of repurposing anti-cancer drugs such as Axitinib to treat Alzheimer’s patients.

“The therapeutic approach we discovered has an opportunity to revise the clinical treatment of Alzheimer’s patients, which I think is absolutely needed at this point for the field to advance,” Jeffries said.